A lifetime with Chiara

Eli Folonari was Chiara Lubich’s personal secretary for over fifty years. In a series of interviews in 2012, she described many episodes of daily life with Chiara. These interviews were published in a book entitled “The Score Written in Heaven” edited by Oreste Paliotti and Michele Zanzucchi.

From your perspective, what was it like to see the birth and development of a movement that is now in 180 countries?

It felt like living in a divine adventure. At the beginning, Chiara always used to say that she never intended to found a movement: the last thing on her mind was to draw up a schedule or an action plan. So what was it like to live beside her? It was like one long race to catch up with her. With Chiara, there was one surprise after another – all the work of the Spirit whose actions are always unpredictable. I am not going to say that there was a surprise every day every day but they often happened. God led her to discover a new “reality” through circumstances, an act of love or a meeting (…) Every meeting had a meaning.

She felt that the people she met were waiting for something and she used to tell us this. “Let’s begin to dialogue with these people, let’s do something for them.” Her ideal was ut omnes unum sint (Jn.17:21), the fulfilment of Jesus’ testament. The whole world, beginning with the people closest to us, was contained in that “may they all be one.”

What is your life like now after Chiara’s death? 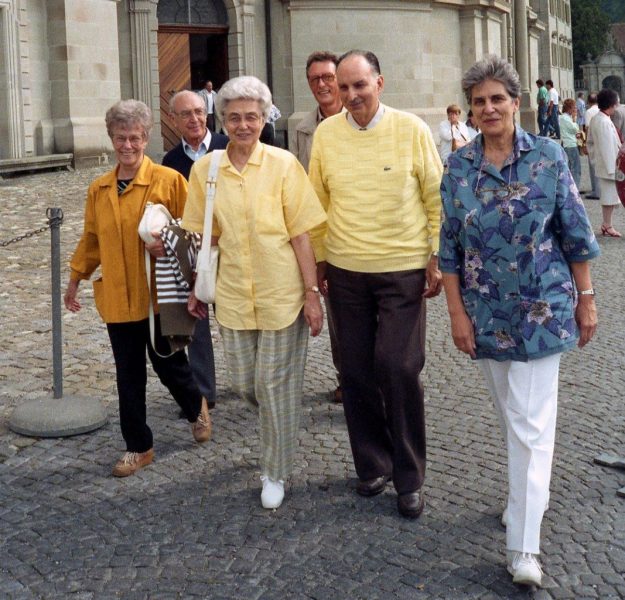 When she was alive, if we were dealing with rather complicated situations, just one word from her would help us understand what to do. Now we have to find the answer to these challenges ourselves, with the President, Co-president and the General Council. This encourages us to live so that we are aware of the presence of Jesus among us who enlightens us: we try to listen to one another carefully because what each person says is important and may be inspired. Now that Chiara is no longer here, there has to be an even deeper unity of thought at the heart of the Movement.

If you could speak personally to Chiara now, what would you say?

I would say, “Thank you Chiara for this divine life into which you drew me – this life of peaks and abysses! Thank you because not only have you satisfied my longing to give myself totally to God and to rebuild society but also because, through you, I have been surprised in ways I could never have imagined. I hope this experience will continue with others in paradise.”