The common good before nationalism

During this time of political crisis, Igino Giordani and Tommaso Sorgi encourage us to work on all levels of society to bring democracy back to its very essence –that is to “we”. 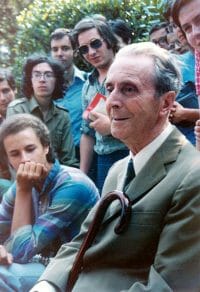 Two meetings about Igino Giordani and Tommaso Sorgi have taken place recently in Cremona and Teramo, Italy. At both gatherings, there was considerable focus upon the role of the politician as a person who values the common good – the good of humanity – over and above the well-being of his or her own community or nation. This idea and practice is not popular nowadays in this period of unbridled local and national demand. We asked Alberto Lo Presti and Letizia De Torre about the relevance of these two politicians today. Lo Presti is a lecturer in the Social Doctrine of the Church at LUMSA and president of the Igino Giordani Centre and De Torre is a member of the Italian parliament and international co ordinator for the Movement for Politics for unity.

What relevance can Giordani and Sorgi have nowadays at a time when the common good seems to be understood only within the context of nationalism and the defence of regional identity?

Alberto Lo Presti. There is a great need to tune into figures such as Igino Giordani and Tommaso Sorgi. They lived at a time marked by deep and apparently insurmountable periods of division. They believed in friendship among nations when the whole of history seemed to be taking a turn for the worse and they had a profoundly Christian view of the world. Giordani suffered personally in the two world wars and was regarded as a supporter of peace and justice. He paid the price for his choices of freedom and solidarity. Sorgi was one of the protagonists in the reconstruction of Italy after the second world war and greatly facilitated dialogue between opposing political forces during the time of the Cold War. These two figures teach us that every small action that favours peace and co-operation is a decisive step in the building of a civil order based upon the common good. They would be extremely surprised that in the twenty-first century there is growth in political ideas based upon national supremacy because they personally experienced the destruction brought by such political attitudes in the past. It is not our place to disregard their witness.

Both regarded the relationship between the public and their political leaders as very important: Sorgi even formulated the so-called “political pact”. Is this relevant and practical nowadays? 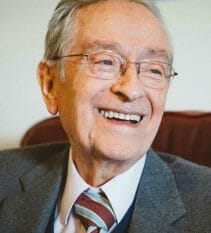 Letizia De Torre. Igino Giordani regarded politics as “charity in action – the servant and not the master”. He would never have been able to understand or practice politics based upon injustice and deception of the general public, aiming at power and personal gain. He thought of all citizens as the “masters” that he was called to serve.

It was the same for the Honourable Tommaso Sorgi who witnessed first-hand the devastating effects of corruption which is still present in Italy. It was after many episodes of tension and conflict with politicians and public administrators that he drafted an agreement between the elected parliamentary representatives and the public. The agreement had an ethical basis and outlined policy involving everyone. It was a stroke of genius and is very relevant to our current crisis in democracy. We are living through a “post-representative” time; our politicians do not represent our highly complex societies and citizens know how to operate collectively, exerting direct influence.

We need to overcome this continuous drift towards individualism and bring democracy back to its essential meaning – “we”. To this end, at our next international meeting “Co- governance and Co-responsibility in our Cities today” which will take place in Castel Gandolfo, Italy, 17 – 20 January 2019 we will work together to produce the outline for a “Pact for our Cities”. This will be the fulfilment of both Giordani’s understanding of politics as charity and the prophetic vision of Sorgi’s “agreement”.