The Focolare Movement has released the new version of its “Guidelines on the promotion of the well-being and protection of minors and vulnerable persons”. The updated text, which has just come into force, can be downloaded from our website. 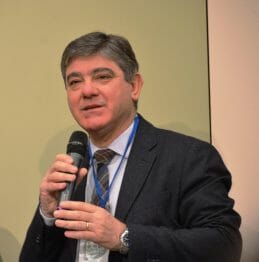 When we asked Dr. Orazio Moscatello, a member of Co.Be.Tu to speak about these new policies, he said: “The new guidelines reaffirm the general principles that regulate all activities where children and adolescents are concerned, the legal duty of members responsabile for the Focolare Movement to take all the measures necessary to prevent abuses in the Movement and the moral duty of all members of the Movement to report any form of abuse and ill-treatment they may come across. The new guidelines do not only address sexual abuse, but they consider all forms of abuse and ill-treatment, stalking and bullying. The text speaks about transparent procedures to ensure fairness and impartiality to all those involved in the matter. It establishes that all internal investigations are not to last longer than 90 days, a period of time considered sufficient to listen to the victim and to the accused person, and to gather the information necessary to attest the abuse. Assigning a time limit for the investigation is a way of doing justice to the victims”.

What are the plans with regards to prevention?
“Training is a priority. The new guidelines, just as the previous ones, establish the requirement of a basic course to train adults entrusted with the care of children in subject-matter related to childhood, from the psychological, pedagogical and legal point of view. The new guidelines specify that these courses are to be repeated every two years, and that the suitability of the adult, where activities with children are concerned, is to be checked at the end of the course. Moreover, one needs to strengthen skills that assist with indications on the environment, relationship with families and formalities in emergency situations”.

The duty to report to the judicial authorities is provided for only in certain countries. The Focolare Movement is present throughout the world; what is its position on this subject?
“As already mentioned, all adult members of the Movement have a moral duty to report cases of abuse to the internal bodies in charge. This applies to all countries, and we believe in a ‘zero tolerance’ policy. When it comes to reporting the abuse to the judicial authorities, the Movement follows the indications of the Episcopal Conferences and national regulations, after an internal procedure has been effectively concluded and on the basis of an ascertained plausibility of the facts reported. Then, as required by a legal or moral duty, those responsible will submit a report to the competent judicial authorities, giving a detailed account of what has been ascertained, ensuring their closest cooperation and passing on all the information they possess.

As with regards to this aspect, it is important to note that the Episcopal Conferences in various countries are orienting themselves towards recognizing the bishops’ moral duty to report the abuses ascertained in their dioceses. The Focolare Movement guidelines say that one may refrain from reporting to the judicial authorities only if parents are against it because they want to protect their child. In this case, however, we feel duty bound to accompany the parents through legal and psychological assistance. It is evident that the complaint will be reported to the judicial authorities in any case, where the law of the country requires all persons to do so. When the internal procedure reveals situations of abuse within the family, it will still be necessary to bring the matter before the competent authorities, and thus ensure greater protection of the child. Every member of the Focolare Movement will always retain his/her own autonomous right to file a complaint or report to the competent judicial authorities”.

What is the procedure in the case of an internal assessment of the abuse?
“As provided for by the Canon Law, where members of the clergy are concerned, the Movement informs the bishop of the diocese where the abuse occurred, so that the competence to ascertain the facts will be left to the ecclesiastical authorities. In such cases, the Movement does not initiate its own internal procedure, but follows the decisions taken by the ecclesiastical authorities. Internal measures will be taken: those convicted may be made to resign, be removed from their duties or given lighter sanctions depending on the seriousness of the fact. Where lay persons are concerned, the plausibility of the accusation is verified through an internal procedure and if facts are ascertained, sanctions are imposed. Our new guidelines also speak about children who abuse other children, not only through bullying but also sexually. In this case, besides verifying the facts, we need to help the child start a process of awareness about the seriousness of the acts performed, a process that allows the child to be able to participate afresh in the activities. The family is asked to collaborate in this process. Serious cases are reported to the juvenile judicial authorities. In all three cases, once an alert is received, precautionary measures need to be taken. And while one verifies to see whether the facts are true or not, it is very appropriate not to let the accused be involved in any activity with minors”.

What kind of support is provided to victims?
“When the Movement becomes aware of any sign of abuse, it offers all the support needed to the victims; it offers both psychological and legal assistance through its experts.