The Up2Me Project: school of reciprocity

Emotions, sexuality and relationships are at the heart of this course for teens and families. This year it will extend to smaller children as well. We discuss it with Barbara and Paolo Rovea.

Let’s be honest: building relationships that can really be called “true” has never been easy, especially not these days, when most of our relationships are filtered through technology beginning at the earliest ages. Children and teens learn much from their smartphone screens, while today’s parents are more or less left floundering and, with various levels of awareness, continually searching for the key to understand and educate their children about their emotions and sexuality. It is an immense challenge when faced alone, although it does become possible through the synergy of family, youth facilitators and professionals.

The Up2Me Project (with the tagline “It depends on me”) began by reorganising the educational pact entirely. It started by offering teens, tweens and their families a personal, shared space that was also qualified to recognise and deal with emotions. This was in order to bring about positive relationships at home, school and in groups, and ultimately to offer tools to build purpose over a lifetime. Begun within the Focolare’s education environment, the project grew and is spreading to a number of countries. We talk to Barbara and Paolo Rovea, a physiotherapist and doctor couple in Italy who are on Up2Me’s expert panel and members of the New Families International Centre. 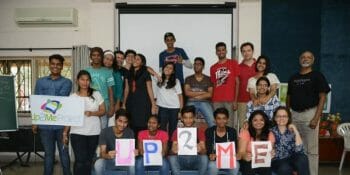 Up2Me began in 2016 with two pilot courses in Italy and a few trials in various countries. Where did the idea come from?
The project aims at holistic training, including emotions and sexuality. This is in order to shape the basic choices in life – which our children need to deal with and for which they are often not adequately prepared for with the right tools. Many parents even do not feel sufficiently prepared for the role of educator, and the information teens get at school or through the media in many cases does not shape them to place value on people, nor educate them to take responsibility for their choices and behaviours.

At the core of the project is the idea to contribute to create a “person-relationship”. What’s that about?
To relate to others is the essence of being human, an ontological foundation to promote complete development, which sees children and teens, according to their age, play a lead role in making their decisions, aware and able to experience positive relationships, all for the harmonious development of their physical, emotional, intellectual, social, environmental, historical and spiritual sides.

In order to become an Up2Me tutor and start teaching a course, you need to attend an international school. When are the next ones scheduled?
For 2019 there are three new courses planned. One will be launched in the Philippines and is especially for Asia and Australia. Another in Argentina will be for participants from the Americas. Finally, one in Prague is aimed at Europe. There will also be a specific course in Prague for facilitators of the Up2Me course for young children. 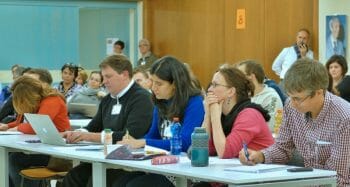 Employing inductive reasoning, under the guide of a tutor, this method helps young people develop their capacity to gain a conscience autonomously. Through video, role playing and group activities, teens and tweens discover fundamental principles so they can shape their personal consciences. Up2Me also offers their parents, if they wish, a parallel course with educational topics that correlate to those taken on by the teens. Alongside a married couple, they exchange experiences of life and find that education is actually “mission possible”. Finally, in the course for younger children, their parents are actively involved alongside facilitators and experts. Together with their children, through games, they open up to specific subjects. All of this is to build up people who are able to recognise emotions within themselves and others and learn how to manage them, as well as take on subjects such our bodies, living and even dying.