Celebrations marking the 100th anniversary of the Focolare founder’s birth were inaugurated in Trent. The “Seal of St. Wenceslas” was awarded to Maria Voce by the autonomous Province of Trent.

“Chiara Lubich city world” is the title of the exhibition that was inaugurated on December 7, at the “Tunnels Gallery”, Trent. This event opened the centenary celebrations that mark the 100th anniversary of the Focolare founder’s birth. This exhibition is under the patronage of the President of the Italian Republic and is being promoted by the Trentino Historical Museum Foundation in collaboration with the Chiara Lubich Centre.

Giuseppe Ferrandi, the Director of the Historical Museum Foundation introduced the speeches delivered during the inauguration ceremony. In these speeches, Chiara Lubich emerged as a figure with a very broad-minded personality, deeply rooted in the history, culture and traditions of the Trentino region, endowed with a charism, through which she spoke a universal language and crossed every geographical and cultural border to promote her message of peace and brotherhood. The exhibition offers an engaging and interactive journey, which helps the visitor to get to know Chiara Lubich, while promoting a commitment towards those values that marked her life.

During this celebration, the Province of Trent awarded the “Seal of St. Wenceslas ” to Maria Voce, President of the Focolare Movement. It was stated that Trent wanted to confer this award to the Focolare President “for her ability and tireless commitment to shed light on the values of unity and peace”. Maria Voce answered: “I am truly grateful and moved by this recognition. And as it accentuates the values of Chiara Lubich and the Focolare Movement, I feel that it is for the whole Movement”.

“Two words come to mind when I think of Chiara Lubich: charism and prophecy”. Giorgio Postal, President of the Trentino Historical Museum Foundation said these words during the inauguration of the exhibition. And he continued: “So, questioning ourselves about Chiara and placing her in history becomes a way to face the challenges we encounter both as a society and as individuals”.

Maurizio Fugatti, President of the Province of Trent said: “We feel proud to be part of this journey, which provides us with the opportunity to get to know and understand deeper the great message of Chiara Lubich, an exceptional woman from Trent, who managed to give her remarkable message of peace and unity to the whole world”

Mgr. Lauro Tisi, Archbishop of Trent, invited everyone, especially the Focolare Movement, to “make the God of Chiara known” so as to contribute towards a complete change in the narration of God. During this year, we are all invited to make known “this God who irrevocably protects all”. “From this vision of God love”, he concluded, “springs a positive vision of creation, of nature, of man and of the body”. This invitation was immediately accepted by Jesús Morán, the Co-President of the Focolare, who recalled that the motto of the Centenary is “Celebrate to meet” Chiara Lubich, a woman who “lived unity at 360°and gave us the navigation chart for the third millennium”.

“This centenary will be an extraordinary opportunity to discover Chiara in so many ways”, said Alessandro Andreatta,the Mayor of Trent. “She was a woman of encounter, of dialogue, of unity, of faith, of service, of hope. She was at the heart of the Church and of humanity”.

Lorenzo Dellai, former Mayor of Trent, who gave Chiara Lubich the seal of the city in 1995, recalled how she urged the people of Trent to live up to the spirit of this city. “I think that today there is an ever-increasing need for this charism, this prophecy”.
Senator Stanislao Di Piazza, under-secretary of State in the Ministry of Labour and Social Policies, delivered the message in the name of the Italian Government. “Chiara was a person who had a particular love for Italy”, he said, while he recalled her meetings with politicians from all parties to promote the value of fraternity, so that “a new political model could be created”.

Messages were also delivered by the various representatives of similar exhibitions that will be set up during the year in Mexico City, Sydney, Mumbai, São Paulo, Jerusalem, Algiers and Nairobi. This project is under the patronage of the Council of Europe. Although these exhibitions will be similar to the one inTrent, yet each will have its own particular characteristic: for the one in São Paulo it will be the the Economy of Communion project launched by Chiara Lubich in Brazil; the one in Sydney will project the aspect of a multicultural land; Jerusalem, a city that maybe more than any other needs peace and brotherhood. The one in India was represented by the message of Stefania Constanza, the Italian consul in Mumbai.

Among those present for the inauguration, there were Veronica Cimino, vice-mayor of Rocca di Papa (Rome); Francesca Franceschi, town councillor of Primiero San Martino di Castrozza; Alba Sgariglia and Joao Manoel Motta, co-responsible for the Chiara Lubich Centre and the curators of the exhibition Giuliano Ruzzier, Anna Maria Rossi and Maurizio Gentilini, the author of the recent biography of the Focolare founder. Numerous relatives of Chiara Lubich were also present.

Besides the three sections of the exhibition set up in the “Tunnels Gallery”, there is another section that was inaugurated on December 8, 2019. This section has been set up in Palazzo Scopoli, in Tonadico, in the mayorship of Primiero San Martino di Castrozza (Tn). It is dedicated to the years 1949-1959: from Chiara Lubich’s profound spiritual experience lived in Primiero during the summer of 1949 to the summer Mariapolis that took place there until 1959. 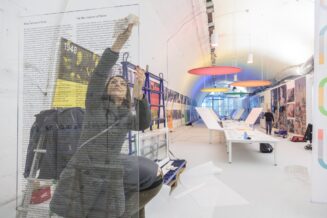 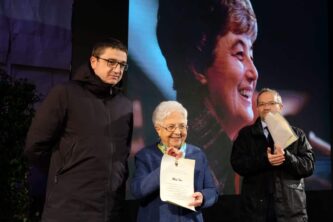 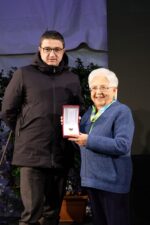 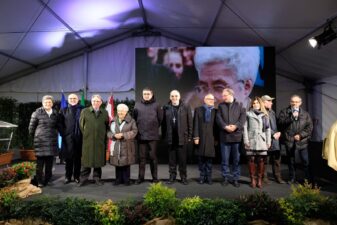 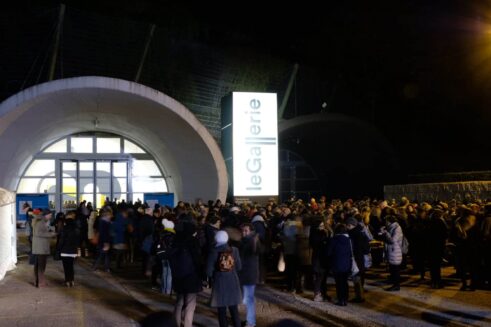