The coronavirus and the ensuing lockdown upended everyone’s routines and schedules. Even the international performing arts group Gen Rosso had to reinvent its days after having to stay locked indoors. 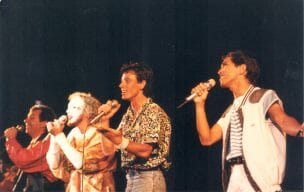 “This lockdown has given each of us the chance to go even deeper into those messages that we have been singing for more than 50 years,” says production manager Massimiliano Zanoni. “We’re used to traveling the world, meeting people and bringing music to stages on five continents, but we found ourselves locked inside the four walls of our house. Instead of cities, seas and mountains, we now had a computer and few windows to look out of. And instead of the thousands of people we met on each tour, we now had three, four people living with us. All 25 of us could not work, create and play together as we had done for 53 years.

And so, after a first series of live streams called “Gen Rosso a casa tua,” in which they joined people virtually in their home, they thought they would get back to their roots with some historical live shows. The “Discovering Gen Rosso” project started to bring people back into the band’s home. 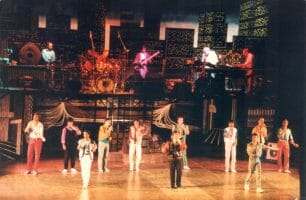 “Many people don’t know that we don’t just do concerts,” Zanoni says, “but projects with schools too. There’s also the “Village,” which are weeks of living together with young artists to give them the experience of unity as they create artistically.

“So just as when you invite someone to your house for the first time and, as a sign of welcome, show them around the house, Discovering Gen Rosso is a way to show some pages of our album of memories. This includes the musical Una Storia che Cambia or Streetlight, and helping them participate in our current projects, like the Village and Forti Senza Violenza, as well as revealing some small ideas for the future.”

Discovering Gen Rosso is a new step towards that evolution that has allowed the international group to be builders of unity all over the world, over so many years of history.

Here what’s next on the schedule, from the band’s YouTube page:

On 16 July, there will be live streaming about the Village (artistic performance courses with Gen Rosso).

On 28 July, they will launch their new single, “Shock of the World.” (It’s actually much more than a single, since there’s a whole new album in the pipeline that will be unveiled soon.)

Finally, on 2 August the live stream series will conclude with their LIFE concert, the latest production by Gen Rosso, live from Loppiano in Italy.