In this special year aimed at highlighting the principles set out in the encyclical Laudato si’, we come across Abdullah Al Atrash, a young Italian-Syrian entrepreneur in the United Arab Emirates. Though a non-believer, he is a member of the Economy of Communion of the Focolare Movement. The company he runs employs mostly Asian and African migrants, guaranteeing them a salary and social support measures, all while observing the highest possible safety for both employees and the environment, even during the pandemic. 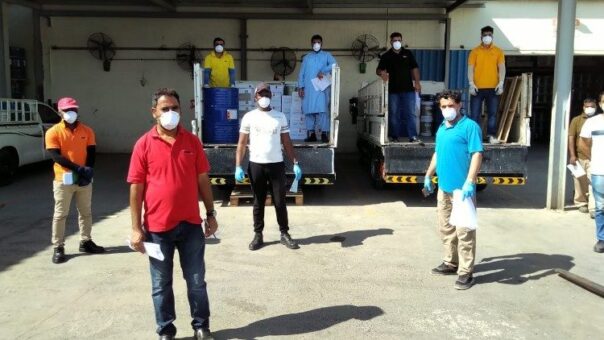 They are Pakistani, Indian, Nepalese, Filipino, Nigerian, Cameroonian, Senegalese. What they share in common is a past marked by severe poverty that forced them to leave their homeland and family to emigrate, and a present that seeks to keep them from experiencing exploitation and new hardships.

They number about 212, the employees of MAS Paints, a paint manufacturer established in 1989 in Italy that relocated in 2000 to Dubai in the United Arab Emirates (UAE). Nine out of ten of the UAE’s 10 million inhabitants are foreigners.

Abdullah Al Atrash, the company’s General Manager, tells Vatican News about his “colleagues and friends of the company” founded by his father and uncle. Hearing this young 42-year-old entrepreneur with a degree in economics and business from the University of Ancona and a Master’s degree obtained at the Adriano Olivetti Institute whose headquarters are in Italy’s Marches region, calls to mind the reflections on work contained in Pope Francis’s Encyclical Laudato Si’. There, the Pontiff highlights how work is a “necessity”, a “part of the meaning of life on this earth, a path to growth, human development and personal fulfilment” (no. 128).

Arriving in 2005 in Dubai, Abdullah observed, studied, and, in a certain way, made his own the world of migrant workers. “It was a trauma for me to see how these people were living. Everyone from poorer countries go to work in other nations, whichever one it may be. They then need to send a lot of money home to support a truly high number of relatives, because they all have an extended family system, that is, they help even their parents, siblings, cousins. So, I did a calculation,” he explains. “Based on that calculation, on average each one of them had to maintain 10 people, not only from the point of view of money to cover expenses, but money that truly makes a difference between life and death because in many of these countries the State does not help for various reasons: there is serious poverty, war, political instability, ethnic or religious tension. These people tend to put in long hours, doing jobs that are quite fatiguing, for really low wages. I saw cases in which people were working in construction earning a wage equal to about € 130 – € 150 per month, making it impossible for them to send money home.”

A culture of sharing
In his Encyclical Letter of 2015, the Pontiff points out that “helping the poor financially must always be a provisional solution in the face of pressing needs” (no. 128). He goes on to clarify that “the broader objective should always be to allow them a dignified life through work” (ibid.).

An atheist, married to a Catholic and the father of two children, Abdullah, together with his wife Manuela, is involved in the Focolare Movement and its Economy of Communion initiative. It was founded in 1991 by Chiara Lubich to promote a type of economic culture marked by sharing, and proposes the living of a different lifestyle than that of the dominant capitalistic system. The life experience of this Italo-Syrian thus led him to the point of “being aware of the costs of life as well as the world in which they [the migrants] were living” and of adopting concrete measures for his employees. This was not easy, he confesses, but “I multiplied the base wage by 5 so that they could live with the utmost dignity. And I decided to pay not only their medical expenses of any kind, but those of the entire ‘extended’ family, as well as for the education of their children, supporting them up to university – because without education it would be difficult for them to find work.” 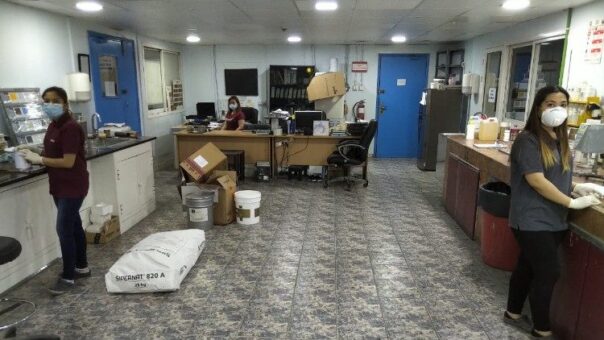 The common good
The predominant value, therefore, seems to be that social capital goes together with trusting and reliable relationships, respect for the fundamental laws underpinning civil co-existence, as Pope Francis emphasizes in his Encyclical, citing Caritas in veritate of Pope Benedict XVI.

“At a certain point,” he continues, “I realized that beyond these necessities, my employees also had the problem of housing in their homeland. I came to understand this as I would speak with them, as we talked about our lives together. I wanted to establish a human rapport with them, not only a business one. This is community. This made me understand that there were two ways they could build a house in their countries of origin: seeking a loan from the banks (who do not lend money to the poor), or – and this was so painful for me to learn – they have to go to loan sharks because usury is very common in these countries. Thus, they have to make tremendous sacrifices over many years to pay back the money. So, I tried to understand how many people were in their families, where they wanted to build their houses and, calculating the necessary amount, we granted a loan to be paid back freely over time according to their possibilities. It is an interest-free loan, even if an interest-free loan does not really exist because there is always inflation, especially in certain countries.”

Production that respects the environment
During the special year inaugurated by Pope Francis to reflect on his Encyclical Laudato Si’ that goes until 24 May 2021, we asked Abdullah how his own business succeeds at responding to the urgent challenge of protecting our “common home.”

“We produce some paints that are absolutely non-toxic – so, they are not harmful and do not cause pollution. Other types of products are necessarily pollutants, take solvents for example, highly used even in the pharmaceutical industry. What’s important is that they do not cause harm to the environment because we are the environment: the Pope continually recalls this. I, as an atheist, understand that the environment comprises everything that lives.”

“Therefore, in the company,” he continues, “we aim to protect the workers so that their health is 100% protected, investing heavily in safety measures, in masks, ventilation systems and machines that do not release substances such as solvents. Regarding waste, we have invested a lot in machinery that separates the solid, liquid and gaseous waste products. Subsequently, public companies, under the government, come to haul them away and transfer them to appropriate and suitable places where they are disposed of properly so as to avoid polluting the environment. The sea is under us: when you dig a bit under the plant, we find the sea!” 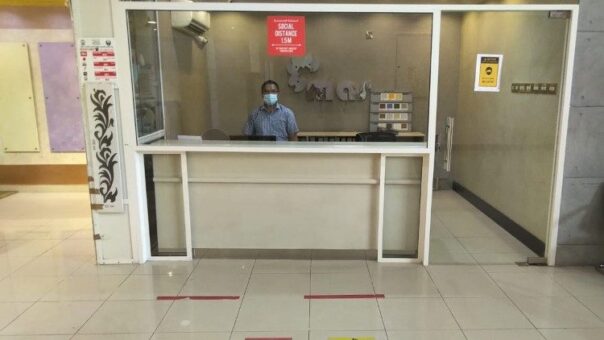 The pandemic
During the world-wide coronavirus emergency, concerns for the condition of their employees grew. “The onslaught that arrived here,” Abdullah recalls, “was strong. It hit Iran, Kuwait, Saudi Arabia, all the countries around us. The hardest period, when everything was shut down, was between March and April. With the first news of the virus, we prepared measures such as the adoption of glass dividers where employees work and in reception areas, the use of surgical masks, measuring body temperature, respect for the 2-meter social distance, Covid testing for all the employees, daily coordination with the local Ministry of Health. In addition, I rented around thirty studios for safe quarantine periods.” 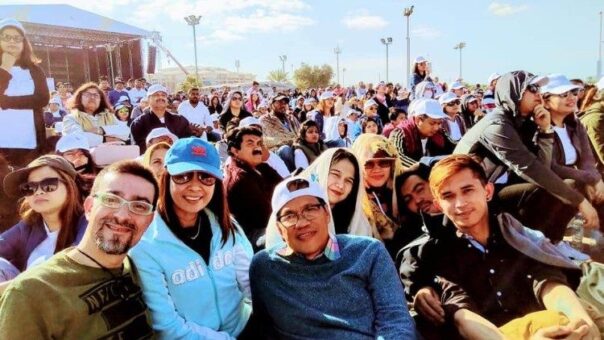 Co-existence
What hits home is the word “co-existence” which Abdullah repeats a number of times in our conversation, including when he recalls his participation in the Pope’s Mass in Abu Dhabi on the occasion of Pope Francis’s journey to the United Arab Emirates at the beginning of 2019.

“It was an extraordinary experience. I went with some colleagues and friends from the Focolare Movement. There were a lot of people, so many that I was outside of the stadium, on the lawn, where you could follow the event on the jumbo screens. I noted that the majority of those present were Catholics, but there even 5 thousand muslims, as well as some groups of Buddhists, Hindus and Sikhs. They transmitted the images of the moving embrace with the Grand Imam of Al-Azhar, Ahmed el-Tayeb. It was a liberating moment of an encounter between the Islamic world and the western world, with the Pope who had come here with such great humility: he thanked the country, the authorities, the people, in the spirit of co-existence, peace, tolerance. He wanted to say that living together is possible.”