The great witness this pandemic is calling us to offer humanity

In recent months the communion of goods has developed even more among the Focolare communities around the world, responding to many requests for help.

The extraordinary communion of goods for the Covid-19 emergency is once again helping us to experience the reality of “always being family” which knows no boundaries or differences but builds universal brotherhood as endorsed by Pope Francis in his latest encyclical “Fratelli tutti”.

This communion is developed through very real “fioretti” (“little flowers”) or acts of love and reminds us of the experience of the first Christians: knowing they were of one heart and one soul, they put all their goods in common, bearing witness to God’s superabundant love and bringing hope.

During these months of pandemic, the communion of goods has grown even stronger between various communities of the Focolare Movement around the world, in response to many requests for help. 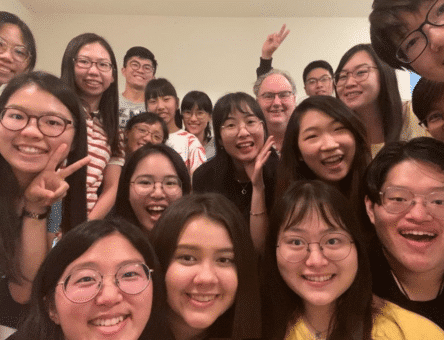 In Asia, Taiwan and Japan, the Gen who are the young people of the Focolare started a fundraiser to help the community in the city of Torreón, Mexico.

Ròisìn, a Gen from Taiwan immediately felt the urge to act when she heard how the Mexican Gen were helping poor families affected by the virus. Together with other Gen in her city she launched an appeal to the entire Focolare community in Taiwan who immediately joined the initiative by raising funds for their friends in Mexico. Subsequently, the Gen of Japan also joined the initiative.

In Tanzania, one of the families in the community was without light because the battery of the small solar system had stopped working. “Some time before,” the local community wrote, “one of us had received a grant of 50 Euros, about 120,000 Tanzanian shellini, for a family in difficulty. We talked about it together and decided to give the money which covered about 60% of the cost. The family was able to buy a new battery with the money and get light back into the house. After a few days, a donation of 1,000,000,000 Tanzanian shellini arrived for the needs of the focolare: almost 10 times as much…the hundredfold!!!”. 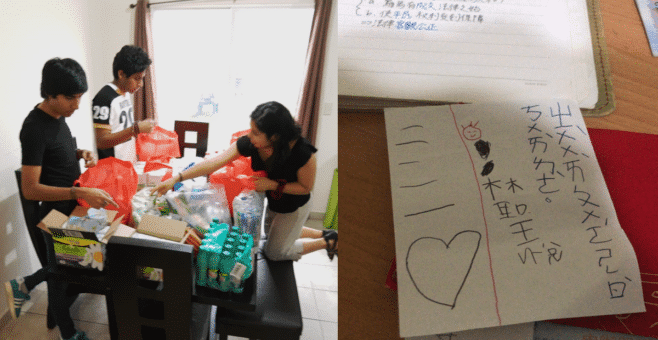 In Portugal, after hearing about the global situation from the International Focolare Centre, the local community decided to broaden its horizons beyond its borders. “The money we have collected so far – they write to us – is the result of small sacrifices as well as larger sums of money that we had not expected to receive. We see that there is a growing awareness of communion in everyone’s daily life: together we can try to not only overcome the difficulties caused by the pandemic but also create a way of life”.

In Ecuador, J.V. managed to involve lots of people in the culture of giving. It all started with “a phone call to a colleague to hear how he was,” he says, “and to share his concerns about his family and the people in his village who had no food.  He opened a Facebook page and started sending e-mails to publicize the precarious situation in this village. This prompted an incredibly generous response not only from the inhabitants of his neighbourhood but also from further afield.  The colleague’s friends and family can now buy food and even help others whose needs are even greater than theirs.

In Egypt everything is closed because of the lockdown, including the work of the “United World” foundation which transmits the culture of “universal brotherhood” through development projects supporting people living in fragile social situations. They asked themselves what they could do and where they could help. And so, in spite of the lockdown and “through the communities of various churches, mosques and other social organizations, we have been able to help an even larger number of people: families from the poorest districts of Cairo, widows, orphans, people on their own and elderly people, refugees from Ethiopia, Eritrea, North and South Sudan. At the moment we are able to prepare 700 packages of essential foodstuffs. Our goal is to reach 1,000 packages”.

In the Democratic Republic of Congo, the Gen of Kinshasa started a communion of goods which consisted of setting up a fund to help those most in need.  Nine families have received soap, sugar, rice and face masks.

These experiences are about more than just providing financial help.  As Ròisìn from Taiwan said, “even the darkest times can be enlightened by love and solidarity, and even if we are isolated from one another, we are closer to achieving a united world”.

If you want to make your contribution to help those suffering from the effects of the global Covid crisis, go to this link