Four stories of those who “dare to care” every day: because there is no need to wait for World Peace Day to build a more united world.

“May we never yield to the temptation to disregard others, especially those in greatest need, and to look the other way; instead, may we strive daily, in concrete and practical ways, “to form a community composed of brothers and sisters who accept and care for one another” The concluding words of Pope Francis’ message for January 1st 2021, the 54th World Day of Peace.

.These words are a revolutionary programme for the lives of people and peoples for 2021 in which infinite hopes for peace are placed; a peace which goes from the fight against poverty, to a greater dignity of the person, to working to resolve all forms of conflict, and lastly (but not least) the safeguarding of the planet.

We start this year 2021 with stories we have entitled ‘caring heroes ‘: people like us, or those who live next door to us, who have not missed out on precious opportunities to love and be close to others in the most diverse areas. The operating ground for caring is vast: it is as big as the world.

Teens for Unity (Mexico) – “We wanted to carry out a project that had both a social and environmental impact, and we came up with the idea of collecting plastic cups to donate to a foundation that takes care of people suffering from cancer, to help them with the proceeds of our collection. In this way we have helped to respect the environment by recycling plastic and helping these people undergoing treatment. To date we have made 23 deliveries with a total of one million cups collected in less than a year! In addition to this we have collected recyclable waste and, with the proceeds, delivered food to the hospital, clothes to people with limited resources and helped nursing homes. We also planted trees in some parts of the city. 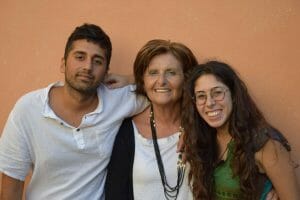 Sandra Mugnaioni (Italy), a retired teacher – At the Copernico High School in Prato, she has been carrying out a number of projects for about 20 years that make students ‘active citizens’. One of the most interesting projects is that of Peer Educators: the students choose a theme, in agreement with the teachers who support the project, which is different each year: they research the theme, explore the various facets of the chosen theme, then decide what to do.

Last year the theme was what is called ‘ecomafias'”. At the end of the course, 700 students from the city’s high schools performed a play, Gardugña, (the Spanish for Our Thing). “In this way the students gain an awareness and the skills to become peer educators, even to those most in difficulty. Then these peer educators, once they graduate, continue to look for opportunities to do good and they do not let their teachers off the hook, so much so that the experience, in high schools and elsewhere, is shared and built on by an increasingly larger group of teachers”.

Rolando (Guatemala) – Rolando is the owner of Spokes Cafe . Two years ago, he visited a shelter near his neighbourhood and met Madelyn, to whom he offered work as a barista.  He explains: “We try to make our café a springboard for young people like Madelyn, teaching them a trade, so as to break that vicious circle and prepare them to face the world with dignity. Often, they decide to go on to university, and this fills us with joy”. 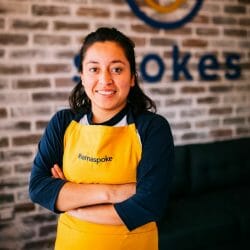 Madelyn is 21 years old and went to the shelter with her sister. Those who live there are mostly young victims of abuse and exploitation. Some have even been part of a human trafficking scheme. Although the young women are safe in this shelter, many suffer from the stigma attached to living in such a place, and rarely manage to find decent work. Madelyn says that she has always found it difficult to communicate with people: “I still have a long way to go but I am learning little by little. Working here I have discovered a sense of responsibility and that behind every customer there is a person. This job has marked a turning point in my life”. 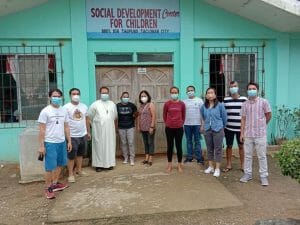 Maria Liza (Philippines), Chief Prosecutor, Tacloban – The Social Development Centre for Children (SDCC) is a shelter for children located in the northern part of Tacloban City, the island that was severely affected by Typhoon Haiyan in 2013. Today, the centre is in dire straits due to lack of funding. Maria Liza recounts:  “So, we went to our mayor and proposed, to start raising funds to cope with the lack of food and medicine, but we also took on board reporting instances of child abuse. But the most important achievement was that we managed to bring the centre to the attention of the public. If we hadn’t gone in there, no one would have admitted to what their living conditions were like.  This has created a kind of public ‘concern’ so that the city administration can really take care of these children”.

For the full stories visit the United World Project webpage