Today, at the Focolari Assembly it has been  a day of assessment. The programme included group discussion on the President’s  report on the past six years. The participants received the document over a week ago and so each one  had time to examine it in detail. Many questions emerged; some of which were put to the President  Maria Voce and to Co-President Jesús Morán in the early afternoon. 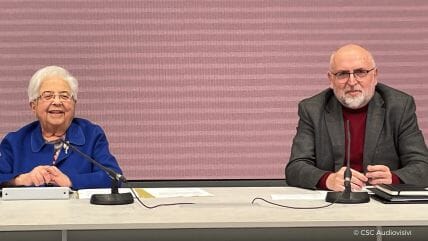 Maria Voce explained that the report  was not meant to be “a list of activities”, but rather to offer “a reading of the experience lived”. She drew attention to the so-called “new structure” of the Focolare Movement: a process initiated to actualize the charism of unity in the different contexts of the world. Maria Voce admitted that this process has created “a certain disorientation” in various areas, but she also underlined its positive effects: a new protagonism in the local communities and new synergies between the many branches of the Movement and  its territorial subdivisions, that  gave room to a new creativity.

After highlighting the valuable contribution given by the new generations of the Movement, among whom she found “committed people, ready to assume their responsibilities”, the President gave an analysis of the three orientations that emerged from the Assembly in 2014. Regarding the first point, “outgoing”, she highlighted the areas in the most varied environments, such as in the social field or in intercultural dialogue,  in which the Focolare has offered its typical contribution to unity.With regards to the second point, “together”, she noted that there is less  tendency towards fragmentation within the Movement, while  tendency towards more synergistic work is on the increase. Finally, she emphasised that efforts have been made to live the last point, “properly prepared”, by developing new paths of human and spiritual formation for members and leaders.

Both the report and the subsequent answers given by Maria Voce and Jesús Morán did not hide the challenges and critical points that the Movement is facing, such as the difficulty in finding suitable ways and means to communicate its charism in a way that is relevant to today’s world; a drop in the number of vocations and the great challenge that arose because of  the painful emergence of different forms of abuse even within the Movement, which means – as Co-President Morán stated – the need to continue along the path of “an inevitable and necessary process of ‘purification of memory’ that we are called to live with humility and hope”.

The perspectives referred to  by  the President at the end of her report started from a reading of the “signs of the times”, that is, the questions posed by the world’s situation, including that of the Covid pandemic:  this  asks for a sober and sustainable lifestyle, an  increased sensitivity to the role of the new media and a greater attention to the family. She ended  with a decisive appeal to live a radical faithfulness  to the Gospel, which for the Focolare Movement means faithfulness  to the key word of its charism: “Father, may they all be one” (Jn 17:21).