The new president of the Focolare Movement for the next six years is Margaret Karram, born 1962 in Haifa (Israel). 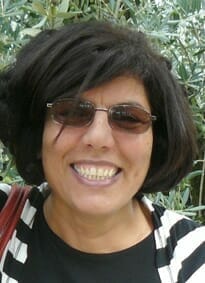 The election, which required a two-thirds majority of those present, took place on Sunday 31 January, and has been approved by the Dicastery for the Laity, Family and Life, in accordance with the Movement’s Statutes.

The new President – who by Statute will always be a woman – is to guide the Movement through the next six years.

The current General Assembly of the Focolare Movement, which elected the new President, is being conducted entirely online due to the pandemic. It began on January 24 and will conclude on February 7, 2021. It’s the third General Assembly since the death of founder Chiara Lubich.

359 people are taking part around the world. They represent some of the different cultures, generations, vocations, members of different churches and religous faiths who are part of the Focolare Movement.

With the election of the President, on February 1 the Co-President will be elected, who according to the Statutes must be a Focolarino priest, then the counsellors who will collaborate in the central governance of the Movement.