The meeting of the Bishops of various Churches that are friends of the Focolare began on Thursday 22nd September. On Saturday morning they will be received in audience by Pope Francis.

“We must have the courage to take risks”, “The testimonies give us the courage to be one”, “We have witnessed an experience of lived ecumenism”: these are some of the initial impressions of the 181 Bishops from 70 Churches and 45 countries gathered on the first day of the meeting of Bishops from various Churches who are friends of the Focolare Movement. 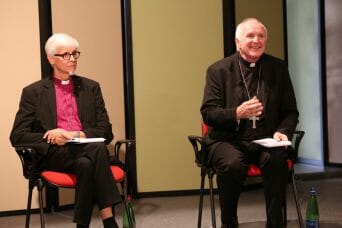 Brendan Leahy, a Catholic Bishop from Ireland and Matti Repo, a Lutheran Bishop from Finland are the moderators of the meeting. After greeting the participants, mostly connected through an internet link with 15 simultaneous translations, they gave the floor to Margaret Karram, President of the Focolare who said: “My wish, which is also a certainty, is that this meeting will strengthen among all those present, that wonderful reality of mutual listening and acceptance, in which the Holy Spirit becomes the protagonist of our relationships. He alone is capable of bringing about renewal in ecclesial and social structures, he knows how to pave the way and make every process of reconciliation constructive. Your presence at this Congress is in itself a sign of the times, it reveals the concern of each one for unity, a horizon that is not so far away because the life of the Gospel we share, makes it tangible among brothers”. 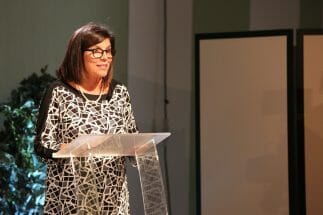 Bishop Christian Krause, former President of the Lutheran World Federation explained the genesis of the meeting and then referred to its title: “‘Dare to be one’” (…)  is a humble contribution to a dialogue and an ongoing initiative to share, to understand each other and to keep the message of Jesus among us on the road to peace”. He then invited everyone not to focus on protecting their institutional power, but “to open the doors to sharing the charism of unity and the Eucharistic hospitality of the children of God. Therefore, for heaven’s sake: ‘Dare to be one’!”.

The programme included time to meet in linguistic groups to get to know each other and exchange first impressions. Then there was a presentation of the life of the Word of God in the Spirituality of the Focolare Movement. Sarah Finch, an Anglican focolarina read a passage from Chiara Lubich, which was then enriched by input from Lutheran bishop Dr. Matti Repo, Syrian Orthodox focolarina, Dr. Mervat Kelly, and Catholic focolarina, Dr. Sandra Ferreira.

Then, some the Bishops themselves offered testimonies that illustrated what had been said. It was a series of personal experiences that demonstrated their commitment to building unity between the different Churches. In various pastoral situations, it was both moving and concrete. Chiara Lubich’s words which had just been read, resounded: “A fruit is that the Word makes us one: it brings about unity. As in plants that are grafted, two peeled branches, due to the contact of the two living parts, become one, so two souls, peeled of the human by living the Word of Life, are better consumed in one.”

Four hours with participation from Australia to the USA, from Brazil to Ukraine, from Madagascar and through European and Asian countries, with a variety of time zones and of political and social conditions.

The meeting continues for a second day on Friday, 24th September and then on Saturday 25th September, the participants will be received in audience by Pope Francis.