In his message for the World Day of Peace on 1 January Pope Francis issues a strong warning to politicians who invest in armaments rather than education. What can be done to give young people hope and reverse this trend? We asked Prof. Buonomo, Rector of the Pontifical Lateran University.

Today, according to the World Bank, there are almost 100 million more people living in a state of impoverishment because of the Covid-19 pandemic and world military expenditure in 2020 has risen, despite Covid, to almost 2 trillion dollars (in 2019 it was 1650 billion) according to a report by the Stockholm International Peace Research Institute (Sipri).

Data that prompted Pope Francis to issue a tough yet hopeful message for the 55th World Day of Peace, which falls today, 1 January 2022. The Pope proposes three elements – dialogue between generations, education and work – as tools for building lasting peace.

How can this message be contextualised amid the challenges facing society today? We asked Prof. Vincenzo Buonomo, Rector of the Pontifical Lateran University.

How can dialogue between the generations be initiated to build peace? On what trust is it based today, given that both the pandemic and the development of technology have created so much loneliness and indifference?
“First of all, the Pope’s message presents dialogue not only as a goal for building relations between the generations but as a method. This, I believe, is the most important aspect to be grasped, and it is the aspect that also enables us to make dialogue an effective instrument for peace because very often we only link the element of dialogue to the possibility of communicating. In reality, dialogue presupposes something more.  There is a pact between generations, a pact in which the given word has its own meaning. Very often we have made of dialogue nothing more than a technical tool rather than something we share which therefore becomes a method or a daily action’.

In recent years, education and training have been regarded as expenditures rather than investments, and military expenditures have increased. What steps should politicians take to promote a culture of ‘care’ rather than ‘war’? 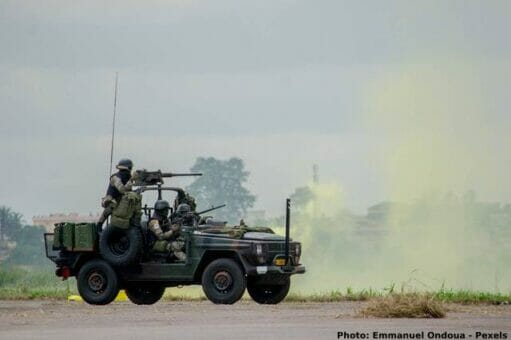 “The relationship between the educator and the one being educated is one that has to be built every day on the basis of renunciation of both parties. This type of educational methodology should also serve the great issues facing humanity. The problem of the arms race and the consequential diversion of resources for other areas, is that armaments are linked above all to a concept of power. So it is by means of education that we have to try to promote shared values. This is the aspect the Pope’s message is highlighting because if there are shared values – peace for example – this becomes a way to overcome conflict.  Conflict is overcome by eliminating armaments, so it’s a concept that has a chain reaction”.

Work is the place where we learn to make our contribution towards a more liveable and beautiful world and is an indispensable factor to preserve peace but job insecurity and exploitation have increased because of the pandemic. So what can be done to give hope to young people to combat insecurity and exploitation?
“Work is not simply something that guarantees peace in society as is traditionally said. Work is something that guarantees peace. Without the prerequisite of work, there is no education, no intergenerational relationship, no dialogue because the person is not only sustained by work, but also expresses their dignity. We find this in the Magisterium of the Church and from Pope Francis who has stressed this on several occasions. Consequently, today politicians, or rather those with responsibilities, the so-called ‘decision-makers’, need to make work a priority and not just one of the many items on the political agenda. I believe that the younger generations don’t just need a job but a job that manages to express their qualifications and, above all, makes them feel that they are protagonists in the decision-making process at work.

The element that links the three headings – dialogue, education and work – is therefore the word pact. The pact between generations, the educational pact, the work pact – this is the key word putting them in the function of peace.  Otherwise they would simply be three scattered elements not linked together”.

Clicca qui to read the Pope’s message for the 55th World Day of Peace.