You are in: Home > News > I’ll love you forever 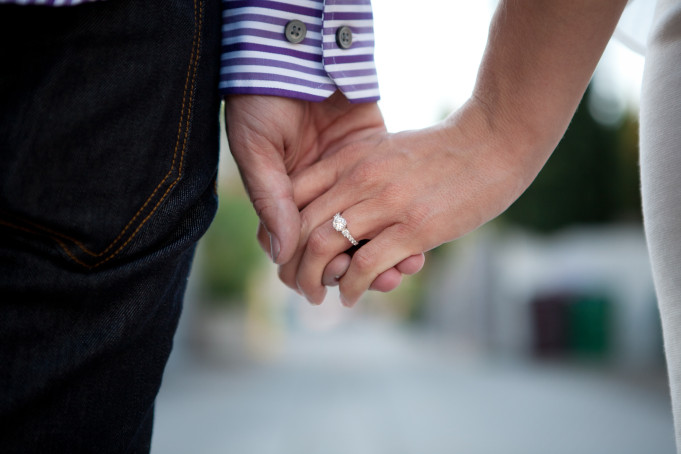 “How will we celebrate St. Valentines? We don’t know yet. Any occasion is fine for surprising the other with something nice, hiding last-minute gifts.”

Iris is a 26 year-old Brazilian. She is in Italy on an international cooperative project. She is engaged to Antonello, an Economics graduate, waiting for a job that is more in tune with his academic background. He works shifts at a call centre. When they first met, Iris was a bit reluctant about beginning a new relationship, because she had been previously disappointed by love. But Antonello managed to get her cell phone number and with his fantastic text messages, finally convinced her to give it another try. “The more we met, the more I realised I was in love,” Iris admits, “and we began to make plans.”

“What kind of plans?” we asked. “First of all,” says Antonello, “I wanted to introduce her to my parents. Then we travelled to Brazil to meet her parents. Meanwhile, we were discovering each other’s cultures and different religious beliefs. Iris is deeply Catholic. I have a more humanistic view of things. But even if we come from different paths, we’re both convinced of the beauty of marriage, and that it is a profoundly human and sacred act.”

Iris recounts: “That exchange – which for me, accustomed to certainties that were too often taken for granted – wasn’t easy. But it helped us to realise how strong our love was, a love that made us grow as human beings: I became more of a woman, and Antonello more of a man. It also led us to our decision that we would get married when we were financially independent.” Their certainty is disarming, considering the many couples around them whose relationships have failed, whose great love has vanished into thin air. Just the same, they want to take the big step into marriage because – as they say – “We’re sure of our love. It’s not merely a romantic dinner or a chocolate Valentine heart. “Love,” Iris explains, “is falling in love with the other’s soul. It’s knowing how to put aside one’s own thinking, to make room for the other’s thinking, and to show that for you, he matters more for what he is than for what you would like him to be.” 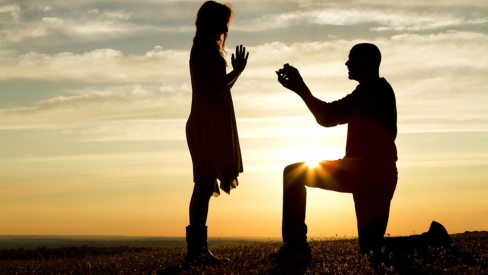 Everything seems easy when you’re falling in love, but like all the other the seasons of life, it too fades away. The experts say that it lasts for a year or so; then you find yourself back on the ground.

“We know it’s not always going to be this passionate,” says Antonello, “that there will be dark moments. . . In fact, we enrolled in a course for engaged couples, so that we can share our experience with other people like us. I know that we’ll also talk about the difficulties there will be, about the crisis that will come. And they’ve already told us that they’ll explain to us how to overcome that: by seeing each other new every day, and always beginning again.

Regarding beginning again . . . that’s another opportunity that every couple needs, along with ongoing dialogue, seeing happiness not as a personal right, but as something to be given, healthy detachment from one’s original family, communicating with other couples, the ability to forgive, gratuitousness and tenderness . . . These are some of the topics that will be covered, including sexuality and procreation that are commonly presented in courses for engaged couples. It will be the same for this one organised by the Focolare Movement’s New Families, which will take place on April 8-10, 2016 in Loppiano, Italy. Besides, these courses are required for couples who plan to marry in the Catholic Church. So, why not take advantage of them?”

A meeting for engaged and young couples was held at Castelgandolfo from the 30th of January till the 2nd of February and the participants came from various countries, including non-European countries. Some sessions of the programme were in common, others distinct so as to go in depth to specific aspects and topics of the two different realities. In any case, the experience gave everyone a new or renewed awareness that “There is only one love” as the title of the course states and that, in this love, they can find the key to live and witness their ‘forever’.

25 January 2018 – 29 January 2018
Organized by the central Secretariat of the Focolare’s New Families movement.

8 April 2016 – 10 April 2016
“Love is Forever” is the title of the school which will be held from 8-10 April in Loppiano, the International Centre of the Focolare Movement, situated just outside Florence.