You are in: Home > News > Congo: the family and peace 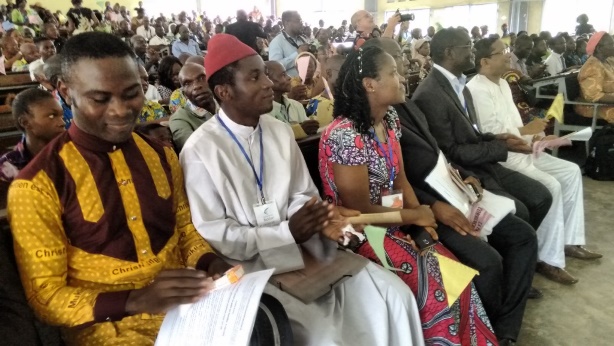 “When the family suffers, society suffers,” said one of the participants going straight to the heart of the main message of the event: “The Family And Peace. Tools For Peace In The Family: 5 Secrets.” Similar events were held in 8 cities of the Democratic Republic of the Congo and Congo, Brazaville, with a massive attendance on March 13th.

The organisers report 1000 people in Kinshasa, 500 in Goma, 600 in Lubumbashi and 1,500 in Kikwit. There were another 110 in Bukuvu, 83 in Uvira not counting the Masses celebrated in other locations, inlcuding 14 in Congo Brazzaville. In Lolo 170 adults with 40 children “celebrated” – because thoughought Congo as in other African countries it is the feast of “Mamma Chiara,” as she is affectionately known on that continent. 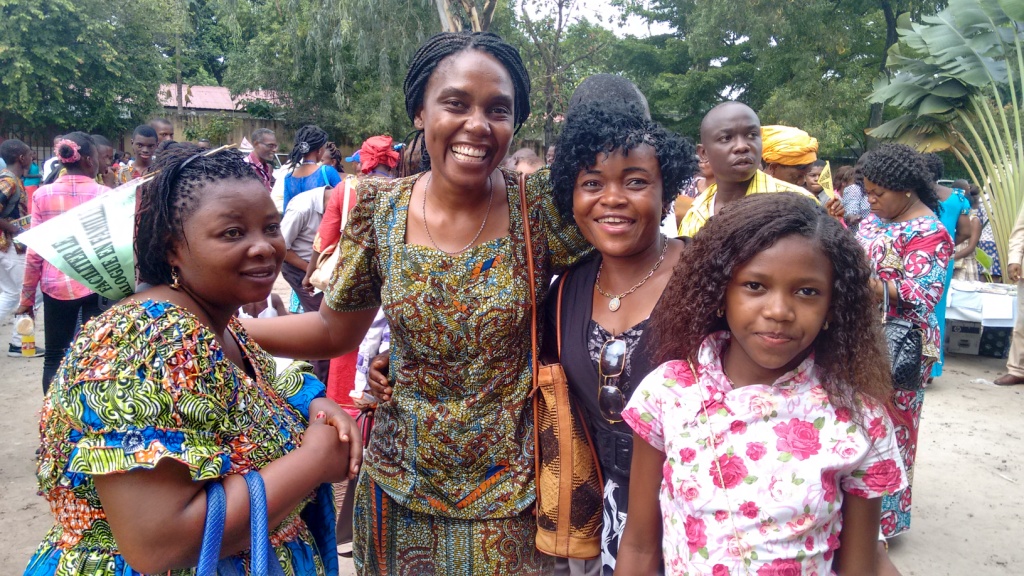 “With its spirituality of unity the Focolare Movement hoped to create synergy by providing opportunities for sharing and exchange with structures of the local Church that serve the family,” writes Martine from Kinshasa. “Friends from the Church of Christ in Congo and from the Muslim community also participated. The event raised enthusiasm and joy, and we met several times to prepare it together: some sharing their testimonies, some singing and dancing – very group wished to contribute something to the day.”

The event was also covered in the media, on television and in the newspapers: L’Observatuer, Le Phare, Le Potentiel, Le Congolais, to mention a few. In Kikwit the Muslim radio also covered the event!

The “5 Secrets” are actually elements from the charism of unity applied to family life: the pact of mercy (forgiveness between family members); communion of the experiences of living the Word of God; communion of souls; and fraternal correction. Finally, conversations with people who can assist the family along its way if their are problems. “These secrets,” they write, “barely revealed, are already helping several families to rediscover their peace and harmony.” 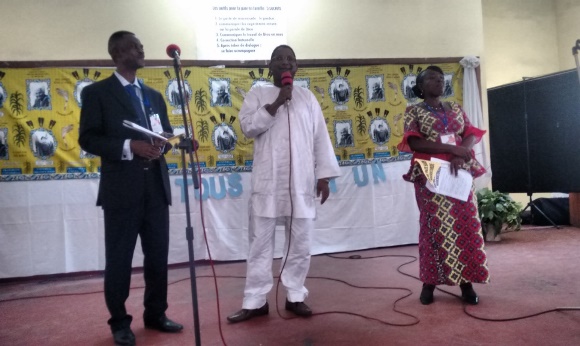 During his thank you address, Abdourahamane Diallo from UNESCO in the Democratic Republic of the Congo, stated: “I would like to offer my congratulations to the organisers of this day in favour of peace in the family. We at UNESCO also think that we need to lift up the defense of peace through education, dialogue, tolerance and culture. I render homage to the family because that is where education begins. I thank you for this work you are doing.”

“At this meeting I discovered a reality of God to which we are called to live together, doing all we can so that it continues,” declared Imam of Kikwit. “We all have one only God, the One who sent the Angel to Mary to announce the glad tidings.” The person in charge of Comunità Vie Nouvelle: “I’m glad to have discovered the 5 secrets for building peace in the family. This evening I telephoned my son who is having family problems, to share all of this with him. I needed this theme!”

“This experience with the local Church,” Martine concludes, “and with our Protestant and Muslim friends with whom we continue to grow the relationship, has been a step forward towards Mamma Chiara’s and our dream of unity.”