You are in: Home > Family: be a little church 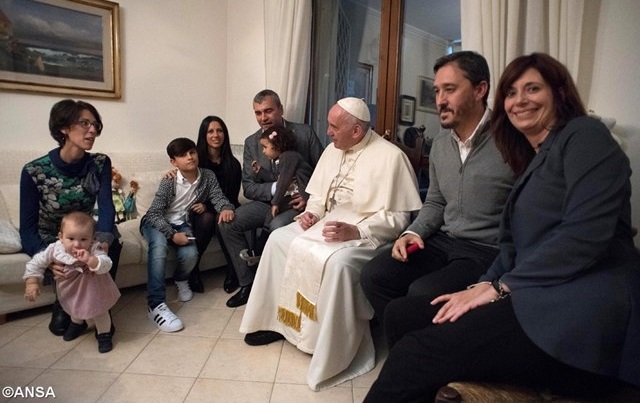 What does it mean for you that the family is a “little church?
Today Christian families should feel, perhaps more than in former years, that they are living cells of the Church. If fathers and mothers, husbands and wives with their children, make their love more supernatural, seeing one another also as brothers and sisters in Christ, loving one another as he commanded, Christ cannot fail to fulfil his promise to be present among those who are united in his name (Mt 18:20).

Then every family nucleus would be able to mirror itself in the family of Nazareth, which God formed and moulded with the most exquisite sense of family. The family of Nazareth had the purest natural affection, but for the goal which was the highest, the least selfish and the most open on to the whole world, of yesterday today and tomorrow. [The goal] was the redemption the son brought about, to which his mother contributed and to which his foster father gave his own contribution of renunciation, reverence and work, of strong and selfless love.

All the families who are now, or ever will be, in the world, can look to the family of Nazaret as a model and prototype.

I think that Mary is very happy with these families that in some ways are like the first Christian families.