You are in: Home > Children’s world

Each child is different from the other for many motives (psychological, cultural, social, etc..).But there are some aspects which belong to all children, that makes them such, and through these make them able to have a relationship with others and with the world in general. Understanding them, means being able to look at ourselves with their “eyes” and use their understanding, knowing how to open the “door” so we can meet, and in what “place” they have their experiences. This method will enable us to understand their point of view and help us to form a relationship and have experiences with them.

LITTLE SCIENTISTS. Winnicot, an English paediatrician and psychoanalyst, said that “when children come into the world they face an undifferentiated chaos”. In their first 9 months of life they live in a secure and protected environment, necessary for the development of the foetus. When they are born they are thrown in to the world, a reality, which is full of things and people, and all to know and explore. In the first years of life, the qualities available to a child to help him understand and face up to what surrounds him and how to deal with it all, are still fragile, unrefined and inarticulate. This is why children set off to uncover the world like little scientists(or little explorers).

With curiosity, marvel and sometimes a little fear, they make assumptions, practical experiments, they try to find the  similarity and the difference in things, for to build a personal idea of the world that surrounds them. There is a natural inclination to overcome chaos. We should learn from them:  I need to understand what surrounds me to build an authentic relationship with it. Understanding someone is the basis of a relationship. Not just that, Levinas claims that : it is from a relationship, from “us”, that “I”is born.

GAMES. How do children understand the world and others? Through games. If a scientist does experiments in a laboratory, a child does them with games. Often a game is seen as “doing nothing”, a way of 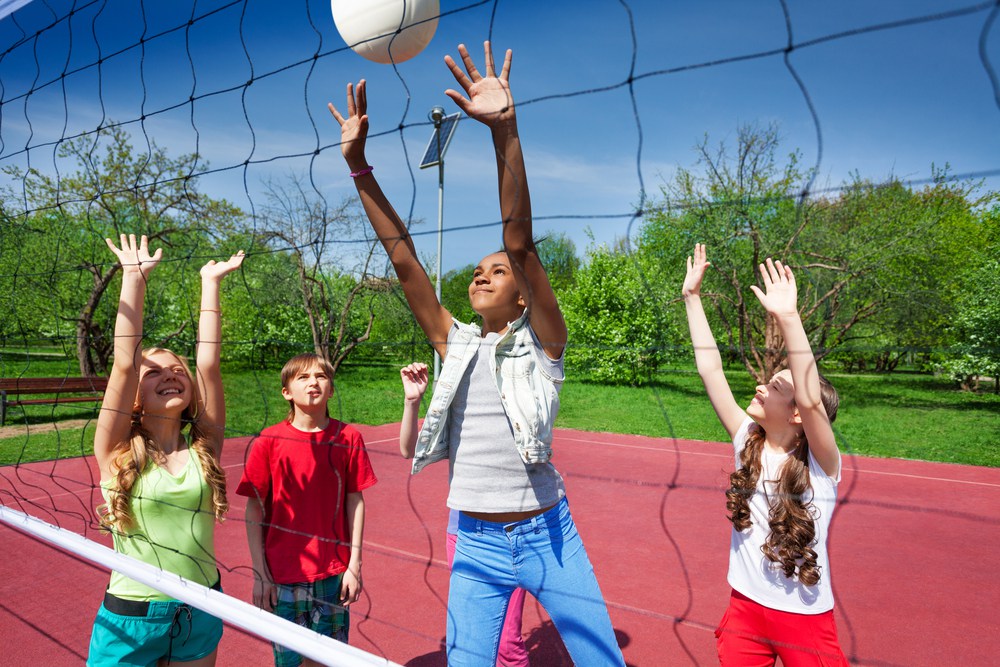 passing time, an activity to keep a child occupied so he doesn’t disturb us while we are doing something “serious”. Other times, it is considered as a prize to concede when a child has been good, when he has done his homework or we are pleased with him: we say “Now you can go and play”. Contrary to this social stereotype ,  a game by it’s nature is something that educates: in a protected and fun environment,  a child learns through games to know and express himself (his personality, his talents, his social skills), in the world. He experiments the value of rules, to be with others, to deal with his emotions, he discovers new paths of autonomy, and by trial and error, he develops his beliefs about things and about others. A game is a promoter of cognitive, social, emotional and physical development. Michel De Montaigne said “ Children’s games are not games and we must consider them as their most serious activities”.

CREATIVITY. According to Winnicot “Creativity consists in maintaining in life something which belongs to childhood experiences, the ability to create and recreate the world”. This is the expressive capacity most common in children. If in rational thinking, things are as they are,  in creative thinking, every one thing can be a thousand different things. This is an advantage of a non rigid train of thought, where the cause and effect link is not so binding. Referring to the creative power of a game to ease children’s pain in a medical procedure, Piaget said “A game separates the real from the imaginary in a space where things  (for example the needle of a syringe) are what they are not (a butterfly) but remain what they are (a needle)”. To be creative means having an open mind. Children can teach us a lot about this.

SYMBOL. The symbolic dimension which a child often uses is closely related to games and creativity. A symbol is something which stands for something else. This dimension is more important than it seems for children and plays a central role in the development of thought. A symbol is also a way of knowing the world. For example, a telephone can become a car, or a banana can become a telephone. This “magic” process creates two levels of mental representation: the reality of things ( where a car is a car) and the abstract, symbolic, transcendent “other”process ( where a car can become a telephone). Through symbols, children can transcend tangible, concrete, measurable reality,(typical of adults) and have a an experience which is bigger, broader and richer in meaning. The symbolic reality uplifts the concrete reality, making it richer.

ABSOLUTE VISION. This aspect is strongly attached to our testimony of how we should be. Children have an absolute vision of adults, especially if they are the most important figures in their life. A child indirectly gives us knowledge, power, strength, in which he completely trusts. This is a parent’s strong point. It’s important that an adult uses this knowledge, this power, this strength, to serve, love and give. So that the child discovers and attributes the meaning of adulthood to  being of service, giving yourself.

ETERNAL TIME. Children have a different experience of time, the smaller they are, the more time is dilated. Games, lunch, having a bath, being separated from their mother, lasts much longer than it does to us. At the same time, children can be desperately crying and suddenly, a second after, seem happy and having fun. This is because children are totally and fully present in the here and now, in the present moment. They are biologically and psychologically predisposed to start again and it’s important to remember this when we are with them. From this we have a lot to learn: while we are doing something, we are still absorbed by what we have just finished and of what we will do after, thus losing the meaning of the present.

An other effect of dilating time regards predictability (for example. When the mother goes to work, night ,etc..). It’s important to always tell a child you are going away and you will come back. This explains what will happen and otherwise could cause anguish. Better to deal with an understandable sadness than a meaningless anguish.

EGOCENTRIC LOGIC. Up to 6-7 years a child is guided by an egocentric logic. Often as parents we encounter this aspect (for example “this is my game, mummy is mine”etc…), but it is a natural and necessary  stage of development. Jean Piaget, a  Swiss psychologist, describes infant egocentricity “as the incapacity of a child to see the difference between his vision of things and that of others”. A child can begin to open up to different prospectives only by confronting them with his own, and for this reason the first years are necessarily dedicated to constructing his own reality. Furthermore, his own reality is by certain verses reassuring, as it is predictable and governable. A child needs to have a certain cognitive maturation, social and emotional, before considering the existence of other legitimate realities., before opening up and moving forward to what is unknown. This is valid for us also. The role of the family is to begin the stimulation of his interest in others. Going to school greatly facilitates overcoming this stage of development. 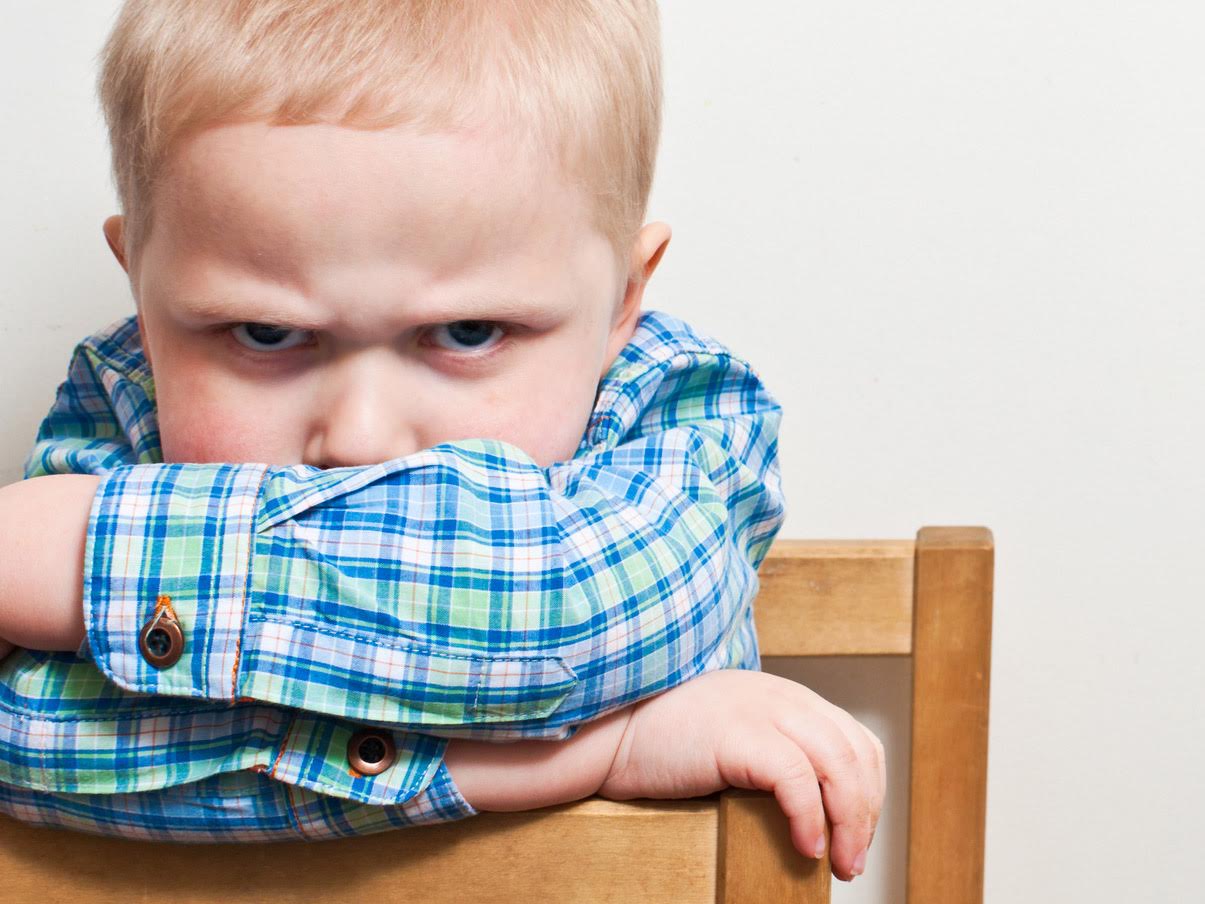 “NO” Stage. Sometimes it seems that children are challenging us. At our every proposal the answer is no, no matter what the contents are. Even in this case we shouldn’t get irritated but try to understand why . Parent’s difficulty is often in the repeated change of behaviour of children; meek and obedient one moment then suddenly challenging. The NO stage starts at about 2 years, and instead we should read it as something positive. In this period it becomes evident that a child is not an object but a subject, a person. The “NO” are not tied to whatever we propose, but represent his first attempts, even in an awkward and egocentric way, to be independent and assert himself, his way of saying “I am” and experimenting the result of his behaviour on others. The child is discovering and trying out his individuality, his being a person in his own right. He is finding out who he is, what are his limits, his boundaries, his desires, his possibilities. The appearance of NO is aided by the fact that at 2 years children have reached a good level of independence (for example. language and movement) and their desire to explore is pushed to the maximum, but without a criterion( for example. crossing the road without thinking of the danger). This clashes with the rules and limits of their parents.

MULTIPLE STIMULI. A more recent aspect regards the capacity of children to dwell on multiple stimuli simultaneously. It is recent,  because it seems to be caused by a strong social influence which we all have to adapt to, more than an absolute characteristic of children. Research has shown that children of 50 years ago were able to dwell longer on a single subject, but were less able to deal with simultaneous stimuli. Children today have more difficulty with a single stimulus, but manage to deal with various at the same time (they are multitasking). As this is an evolution of our society, we can’t challenge it but deal with it.  The family must assume a responsible role: it should not multiply stimuli but elaborate stimuli. Not so much as promoting many things to do but, but to think about things, think about how to think, how to choose, what to want for yourself and for others. Margaret Mead, an American anthropologist, said “it is necessary to teach children to think, not what to think”.