You are in: Home > The family as a true community – basic cell of society 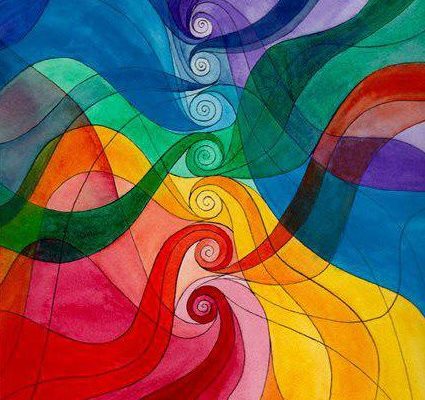 Dearest participants in the New Families Congress, I extend to you my most cordial greetings and warm welcome.

Since I cannot be with you personally, I would like to be present through a brief message at the opening of this congress which will focus on the theme: The Family and the spirituality of unity.

It’s a very important and extremely timely subject. There is a thirst for spirituality and for the sacred in our society, a thirst for which men and women often find inadequate if not unhealthy answers. On the other hand, the crisis that the family has been going through for decades has now been underlined and aggravated by very disturbing factors which undermine the idea of the family at its very roots: for example, the uncontrolled experiments of genetic engineering, the recognition of every type of living together, and so forth. There is an increasing number of orphans, that is, children abandoned by their parents, as well as children with too many parents.

There is a growing, widespread sense of confusion, along with a deep concern for future prospects. It comes spontaneous to ask: what is happening to the family? Where will this decline end? A doubt can surface in the minds of many: does the family exist, or is it simply a form of cohabitation linked to a determined social model? Is it something that we human beings invented or is it written in our DNA? Above all, is there a program that the family can follow so as to be itself again? Who will give us answers in this regard?

When Jesus was asked to speak of marriage, he immediately referred to the way it was “in the beginning”. He himself quoted from the first chapters of Genesis which narrate the story of creation, almost as if to indicate where we could draw out the truth about man, about woman, and about their relationship of communion.

Also during the days of this congress then, we must go back “to the beginning” in order to find the answers we’re looking for.

“In the light of the New Testament it is possible to discern how the primordial model of the family is to be sought in God himself, in the Trinitarian mystery of his life.”[1]

John Paul II expressed this thought in a splendid way in his Letter to Families: “The divine “We” is the eternal pattern of the human “we”, especially of that “we” formed by the man and the woman created in the divine image and likeness.”[2]

Thus the family is a sign, symbol and type of every other design of God. It reflects his own life, the very life of the Most Holy Trinity: the Spirit, who unites the Father and the Son in a relationship of love, unites the couple through the sacrament of matrimony in a renewed participation in the Trinitarian love.

There is a model for the family then; it’s inscribed in the very fact that we are persons: it’s a communitarian model.

There is a program of life for the family; it’s the love that links the divine “We”, that same love which the Word brought on earth: it’s a communitarian project.

In a certain sense, it’s an inaccessible model. But surely God couldn’t have created us for impossible things. He also traced out various ways throughout the centuries, adapting them to the sensitivity of the people and to the signs of the times, so as to fulfill his design completely.

During these days, we will speak, in fact, of our “communitarian spirituality”, or “spirituality of unity”, applying it to the life of the family.

It is my conviction, confirmed also by the witnesses of many families of different cultures, that it is so suited to the family as to appear, in a way, as “the typical spirituality” for those who are called to matrimony. Why? It is not lived only individually, but communally, together with others.

I will mention only a few points of this spirituality, not only to highlight how it is in conformity with many of the needs of men and women today, but also to show how, in following it, it is possible to live together in harmony with the law of heaven.

First of all, it presupposes the personal choice of God, a “yes” which provides the basis upon which each person can become a living response to the specific plan that Love has always had for him or her, a plan that develops day after day as each one lives the Words of Jesus.

The grace of the sacrament of matrimony helps the couple to live out the commandment of mutual love. If lived with evangelical radicalness, mutual love generates the presence of Jesus in the midst of the couple, guarantee of a love which is always new and open to the society around them.

All of family life is made up of love in its various expressions and nuances. It’s a continual game of distinction and unity, in which each one puts aside himself or herself with simplicity, out of love for the other, and by doing so builds the family as a true community, basic cell of society.

Moreover, if this love is enlightened by faith, it recognizes that its source lies in being ready to die for the other, as the Son of God died for us. But these are its profound secrets, and we will speak of them in the following days.

I believe that couples and families can quench their thirst for authenticity, for constant and unreserved communion, for transcendent, lasting, and ever-new values by drinking from this spirituality. God himself, in the mystery of his Trinitarian life, passes by and knocks at the doors of their homes, in order to kindle a focolare (hearth) there, and to share his very own life with them.

I hope that everyone (because we all live in a family) will accept this invitation. Then we will truly see the world of the family return to health and blossom again, and through it, society and humanity. Even in the midst of the contradictions and trials of everyday life, we will truly be able to live, as the title of the congress says, between heaven and earth.

(Source: Chiara Lubich – Message to the Congress ‘Between earth and heaven’: the family in the light of the spirituality of unity, Castel Gandolfo, 29 May 1998)

Some thoughts of Igino Giordani (Foco) on the reality of the family.

In October 1968 he addressed a group of New Families.

What does it mean that the family is a “little church”.