You are in: Home > Reading and music beyond prison bars. 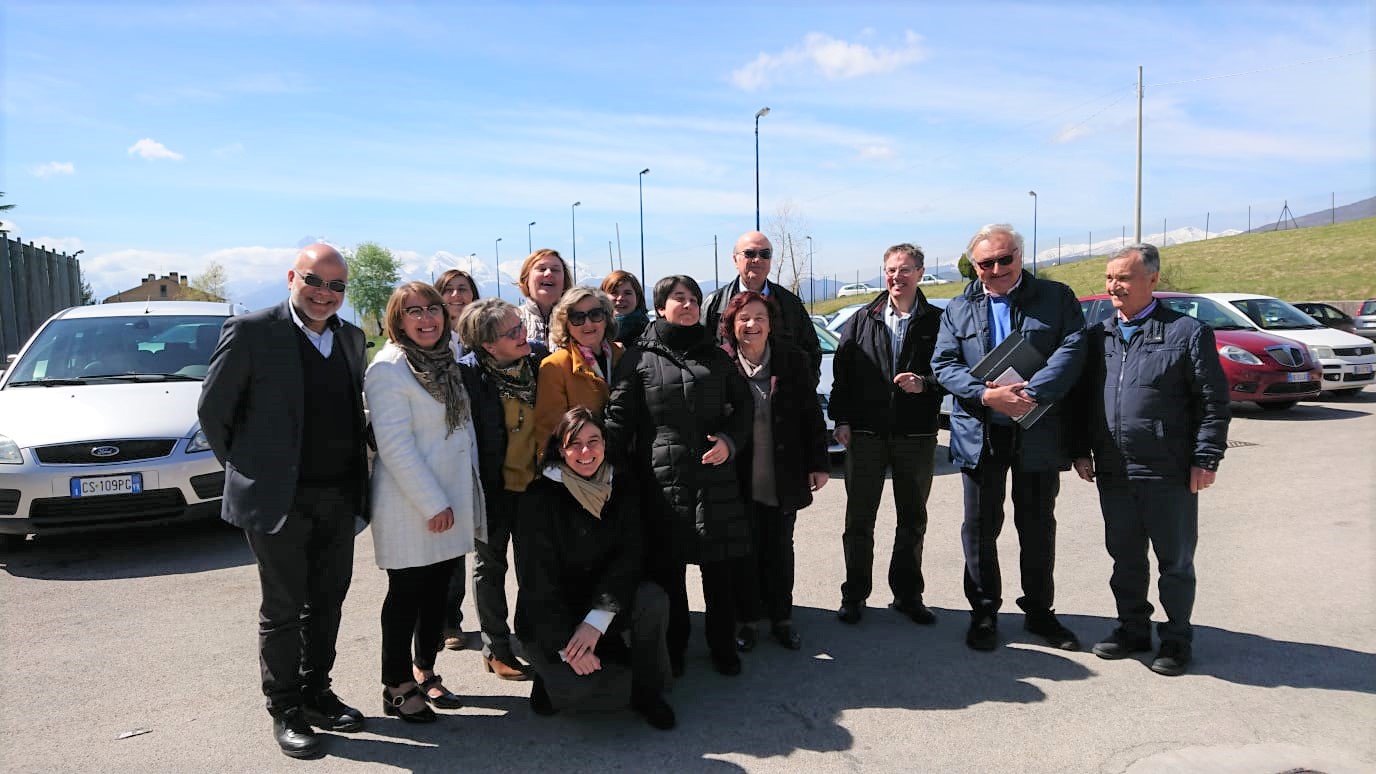 The association “Il Raggio”(Beam of Light) set up a project of involvement and integration for the inmates of the prison of Castrogno in the province of Teramo. The theme of the meetings was “Reading and music: going beyond prison bars”; its aim was to give a sign of nearness and hope using culture as a means of escape from prison life. The project ended with an invitation to the municipal administration and had media coverage in the local press.
“Our experience at the Castrogno Prison began almost by chance. In agreement with the management of the rehabilitation sector of the detention centre, a series of meetings were planned with the prisoners of the 3rd and 4th sections with the aim of creating moments of reading and commentary on some articles from the magazine Città Nuova(New City) that were chosen month by month.

In the beginning there was a a kind of of scepticism on the part of those responsible for the sector and a subtle distrust on the part of the prisoners who asked themselves: ‘Who are these people?, what  do they want?, what do they hope to gain?’.
With great perseverance and by overcoming moments of fatigue and prejudice, we managed to meet the prisoners, first once every 15 days, then once a week, on Saturday afternoons from 15 to 17.      It is very touching to see “our friends” waiting at the bars of the windows overlooking the courtyard and hear their voice shouting “they have arrived, they have arrived …….!!!!!”.

This experience has been going on for more than two years now, or rather soon to be three years, and  I can say that there have been many powerful moments, such as the meeting between prisoners and high school students last 25th  May , which was a decisive moment for many students.
Personally I have never been afraid of gates, prison bars, security doors and this has helped me to be detached from fears or feelings of closure so I could give my full attention to what we were living in those moments. It  helped me a lot to think that Jesus also felt the bewilderment of  prison and he loved the two thieves on either side of him when he was crucified.  At the end of my time what will be asked of me is: “I was in prison and you came to see me, I was sick and you took care of me”.
I learned to live three powerful words when I am with the prisoners(Italians, from the Roma Community, Albanians, Romanians, Serbs, North Africans).: ENCOUNTER, LISTEN, SHARE EXPERIENCES. By also living these three words  in my relationship with my wife, we began to talk more, to confide more our worries and our joys. We have learned to let our souls escape from the invisible prison bars of habit”.

“Family Love: A Vocation and a Path to Holiness” is the theme of the Tenth World Meeting of Families promoted by the Catholic Church, to take place June 22-26, in 2022. Two married Focolarini, Marcelo Chávez and Pia Noria who coordinate the New Families Movement in part of South America (Argentina, Chile, Uruguay and Paraguay) share their own story and the build up to this event.

A meeting for engaged and young couples was held at Castelgandolfo from the 30th of January till the 2nd of February and the participants came from various countries, including non-European countries. Some sessions of the programme were in common, others distinct so as to go in depth to specific aspects and topics of the two different realities. In any case, the experience gave everyone a new or renewed awareness that “There is only one love” as the title of the course states and that, in this love, they can find the key to live and witness their ‘forever’.

Time, communication, regeneration, the whole family, holidays for couples or with others. Some useful advice.