You are in: Home > Pathways Yellow : for an ecological… Carnival 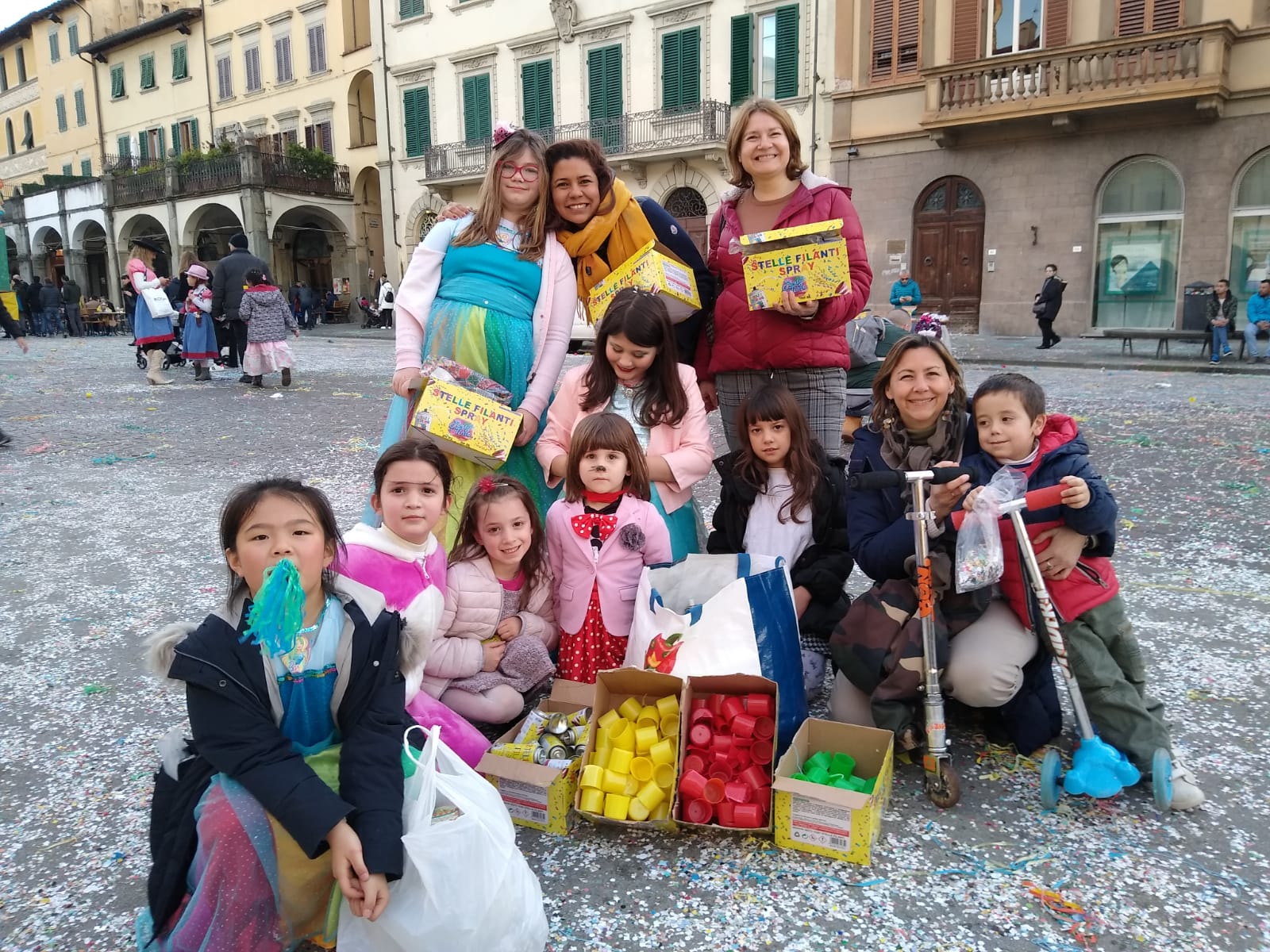 When we arrived the square was perfectly clean.
After an hour it was  full of paper and lots of spray cans that the children there had used. My children  wanted to buy more but I proposed that they should start collecting all the cans that were on the ground and they soon forgot about buying some and started picking them up.

Some of their schoolmates joined in and in the end, even though we couldn’t pick them all up, we managed to fill many bags and boxes.
I explained to them that the workers of the Town Council do a lot for us and that we can help them by doing this collection.  Everyone was happy!

At a certain point one of the parents approached me and asked what we were doing.
I explained to him that we wanted to do something good for the Town Council.
He was very impressed and said:  “I’ll explain it to my little girl too, by making a game of it children learn best”

We also noticed that some people, seeing the bags full of spray cans, threw the empty ones in there and no longer on the ground.
In the end, there were a lot of people who “played the game”  of collecting… And the aim wasn’t to win: they were helping each other.

The world is taken by fear with the burst of COVID19 globally. As a local community of the Focolare Dumaguete City, we braced ourselves for the inevitable. When the first death of a Covid19 patient was reported in our city, we were shaken. It did not take long before we were under a lock down and advised to do home quarantine.

Truthfully, to us it seems very nice that in this era that there is still someone who prepares a crib in the family and tries to involve others around it, when Christmas is reduced to an exchange of more or less useless and expensive gifts, to bright angels hanging everywhere along the streets of our cities, to large Christmas trees with coloured balls.