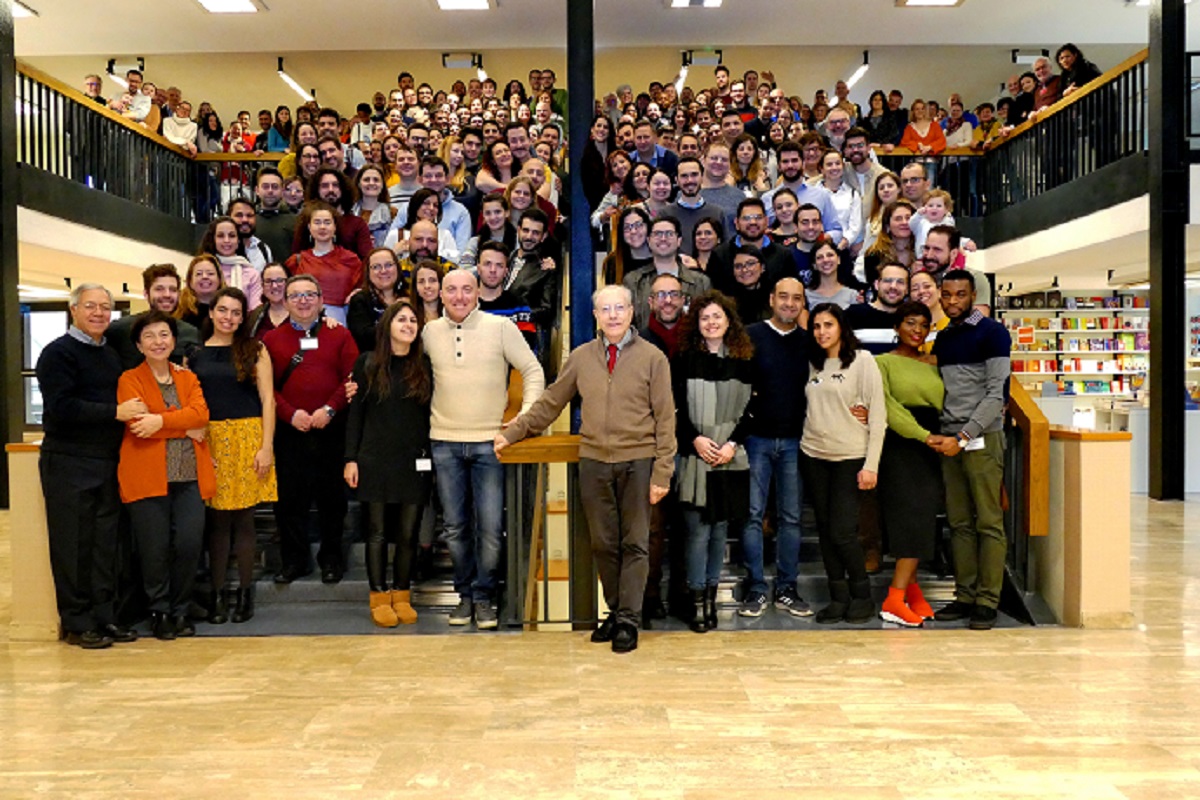 “I didn’t know the movement.  – one person said. I came without expectations but was open to what would be said. They were not new themes, but what struck me was: the courage to share among couples; the difficulties lived and overcome; here the family is of great value; the effort made for the family; everyone has difficulties, but here we believe that God is stronger, and this gives us the  joy to know love can overcome all difficulties”.

In an intense and profound dialogue, the engaged couples were able to express their  dreams, fears, doubts, joys and suspensions that a life as two can involve. The specific themes of marriage as a vocation were developed and  in the light of the Spirituality of Unity, we offered them a “Toolbox”as an aid, that is, some tools for the life and relationship of a couple, in the family, between families and in the relationship with society: the points of the art of loving, communication, the difficulties that help to grow and start again, affectivity and sexuality, economy and lifestyles, the sacredness of marriage, the relationship with young children, the challenges of social media and other topics. The topics were accompanied by life experiences and the testimony of a couple who went through and overcame a 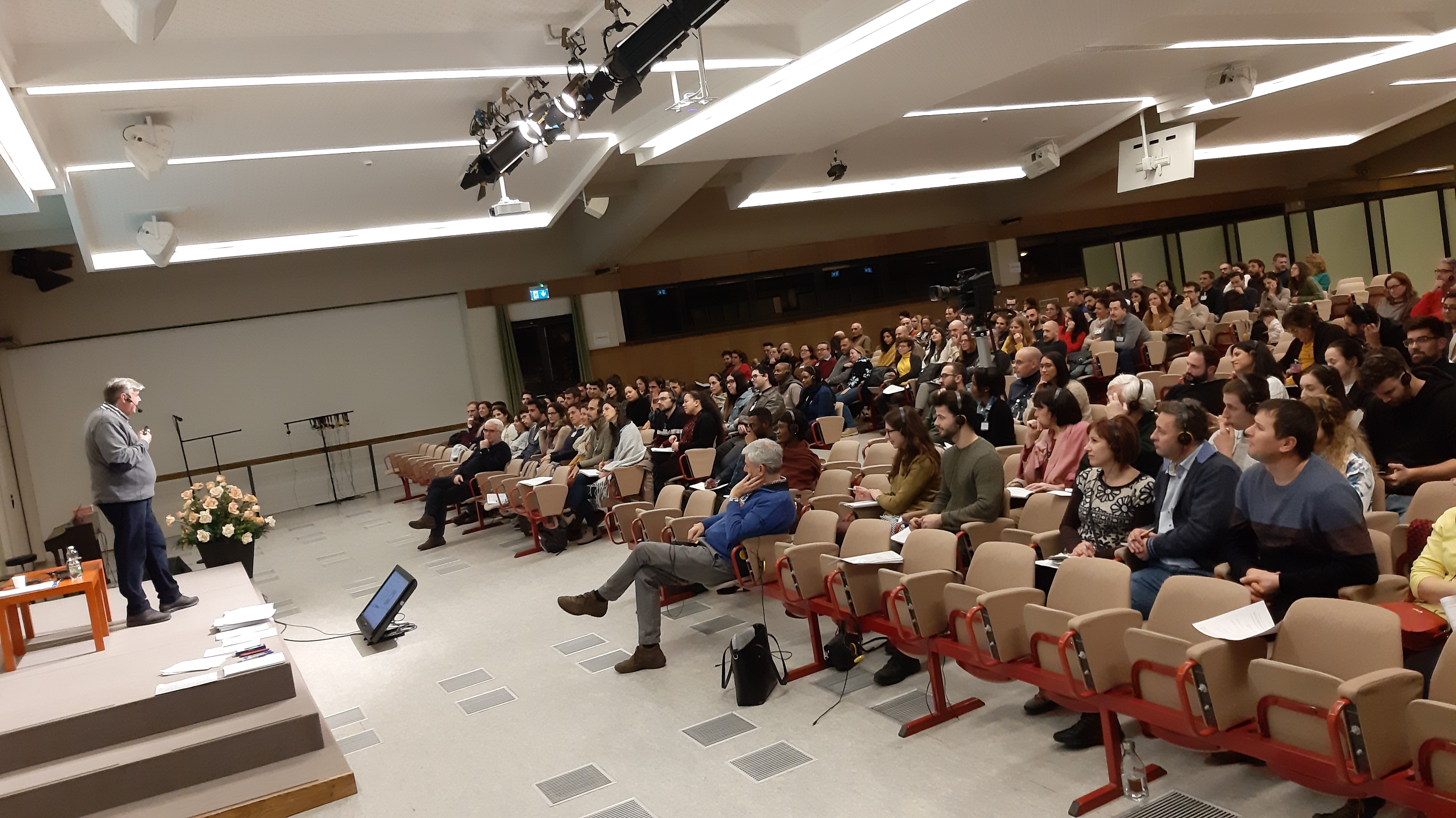 deep crisis, gave hope to many of them.

“After years of ‘darkness’ I savoured the ring of  truth with my soul. – someone commented- I found/refocused on what I really want from my marriage, a difficult but extremely fascinating challenge. You have given me proof that it is possible and achievable.”
Another person: “I already knew our relationship was beautiful but fragile but when I think of how imperfect we are,  realising that love can help us to repair our frailty as a couple and as a  family fills me with hope and serenity”.

The presence of engaged couples and young married couples together was an opportunity for the engaged couples to confront those who have recently taken this step and it gave the young married couples a renewed impetus to refresh their love.
They wrote “We will take away the impetus to improve our relationship and to dedicate quality time to each other. We take away a new way of communicating and starting over.” The priests who accompanied us (d. Emilio and d. Mariano  with Cyril Jancisin), said the numerous confessions and talks confirmed the grace of this meeting.

There were participants from Italy, Slovakia and the Czech Republic, Rwanda, Vietnam, Europe, Algeria and Egypt. There was a married Muslim man and an engaged Muslim couple , a person who was Buddhist, another was Orthodox, another was Evangelical and a certain number of young agnostics or declared non-believers.   That is; they came from different countries, they had 7 different languages, different cultures, different faiths, some without a religious reference.

There were also some children who breathed and experienced a climate of mutual love thanks  to the baby-sitters who were able to create this. When it was time to say goodbye they cried because they did not want to leave; a clear sign of their full participation to this reality that enveloped everyone.

The ‘romantic dinner’ on Friday evening was a special moment , made with the generous collaboration of the “ pope” from the Mariapolis Centre and the members of the Central Secretariat. Equipped with large aprons, we served the engaged couples and participating families at the tables by candlelight,  along with soft piano-bar music to create the atmosphere. This simple but significant gesture increased the trust, confidence and gratitude of everyone towards us.

The CH Link at the end of the meeting  was another special moment, especially for the new participants : a precious occasion to know the wider reality of the Focolare Movement. .

We dedicated two half days, Saturday afternoon and Sunday morning, to a dialogue with the companions who came from the zones, which permitted some further insight on the role of the companion, an exchange of ideas and experiences and some guide lines so as to go forward together.
It was a workshop full of ideas, but also of the challenges with which the territories are confronted. The theme of accompaniment together with the reflection on some points of Amoris Laetitia, stimulated in everyone a renewed commitment to nurture these seeds   by the constant and respectful listening and welcoming of their needs.

In conclusion, it seems to us that it was a demanding but captivating and enthralling experience, which renewed us first and which, by the grace of God, touched hearts, transforming couples and individuals….

Time, communication, regeneration, the whole family, holidays for couples or with others. Some useful advice.

Luisa and Amedeo, animators of the initiative with a small group of New families, wrote to tell us about their experience.

25 January 2018 – 29 January 2018
Organized by the central Secretariat of the Focolare’s New Families movement.