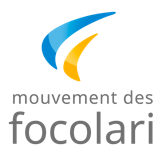 A brief history of the Focolare Movement in Uganda

In October 1965 a Comboni Missionary, Fr Erminio Tanel, was assigned for his pastoral work in Nyamwegabira Parish (Kigesi). He had known Chiara Lubich personally at the beginning of the Movement and he spread this spirit among his parishioners, experiencing from the beginning many fruits. Among these were Theresina Tumuhairwe and later her sister Victoria Tumusiime. In 1972 a Ugandan priest – the late Fr Joseph Kalibbala(from Masaka Diocese) – met the Movement in Italy and, on his way back to Africa, he spent same time in Fontem (North Cameroon), cradle of the Movement in the African Continent. He was so enthusiastic about it that he conquered to it many people in the Parishes where he worked: Buyoga and Nkoni, especially young people. In fact some years later, some of them left for Fontem to deepen the knowledge of this new life and to make an experience of it, together with other young people from other African countries. Some of them are now Focolarini. In those years the ideal of unity, characteristic of the Movement,  spread among families, adults, young people, children, in different areas.

They asked Chiara to open a Focolare Centre. In 1972 and in 1979 some visits were made by some focolarine/i from Fontem. Among them Marilen Holzhauser, one of the first companions of Chiara whom she had entrusted the life of the Movement in the African continent. Finally in February 1981 the first Focolare was opened in Masaka (Kitovu, St Henry College) with two focolarine who are teachers. Meanwhile the political situation started to become more normal allowing the spread of the Movement. Communities were formed almost spontaneously not only in the Masaka Diocese, but also in Kigesi, Arua, Hoima, Mbarara. Mgr. Adrian Ddungu, participating in one of the meetings said: « I would like to see the Movement flourish, grow and develop in my Diocese and all over Uganda… so that we may see Paradise come back on earth ».

After the last political change the Focolare Centre moved from Masaka to Kampala in October 1986. The Apostolic Nuncio, Mgr. Rauber, decides to give a plot of 3 acres in Mbuya hill, near the Apostolic Nunciature, where he is building a Centre of spirituality. From that time many developments have been taking place: the Mariapolis Centre „Grain of Wheat“ was inaugurated in May 1988. The Centre hosts formation courses for the members and it is also used by other groups, especially members of other catholic Movements. On 28 February 1990 the new focolare house was inaugurated. In 1998 the Mariapolis Centre was enriched with a dormitory which can accomodate 50 people. Meanwhile a primary school for the poor children of the nearby slums started and in August 2000 the first block of classrooms was inaugurated. Chiara gave it the name: “Arcobaleno Primary School”. Now it welcomes 240 children in all the primary classes. It offers a comprehensive education to children who would not be able to study. In the last 4 years they have performed very well in the P.L.E. exams. In 1996 the men‘s Focolare Centre was opened, much awaited by the whole community. They established themselves first in a rented house in Rubaga and two years later in Namugongo. Here on 25th November 2000, “Zia Angelina Health Center” was inaugurated. It offers a qualified medical service to a population of around 30.000 people. A permanent house was built in Jjanda, near Namugongo, which was officially open by Cardinal Emmanuel Wamala on 22nd April 2002. The land was acquired after Chiara’s consent and help. She could forsee in this place, situated near the historical site of the 22 Martyrs of Uganda, a special plan of God for this country and a future “permanent Mariapolis” like the other 33 “little towns” present around the world, as an expression of the Gospel-style life of the Movement in the 5 continents. In May 1992, when Chiara came to Nairobi for her third visit to Africa, a big delegation from Uganda participated in the event. On that occasion, Chiara launched a program of inculturation as a way for evangelization. In the year 2000, when Chiara paid her last visit to Fontem (Cameroun), among the 1,300 members of the Movement from all over Africa, there was also a group of 20 Ugandans. Giovanna Vasques