You are in: Home > Culture & Education > 2016 United World Week and Run4Unity

This year, the annual event promoted by the youth of the Focolare, which aims to involve the greatest number of people and institutions in the journey towards peace, will be centered in Quito, Ecuador. Intercultural dialogue will be the theme of the youth meeting to be held at the so-called “Other end of the world,” where one foot can be set on the aurora borealis hemisphere and the other on the austral hemisphere. Days of dialogue will ensue among youth of different cultures, along with working and sharing groups, and community tourism surrounded by verdant nature.

All the information on the Ecuador programme can be found on www.mundounido2016.com.

“Link Cultures – un camino para la paz” is the title that all the fraternal initiatives will have in common, to be held simultaneously throughout the world, uniting generations and cultures in a sole workshop, and can be traced through the hashtag #4peace. 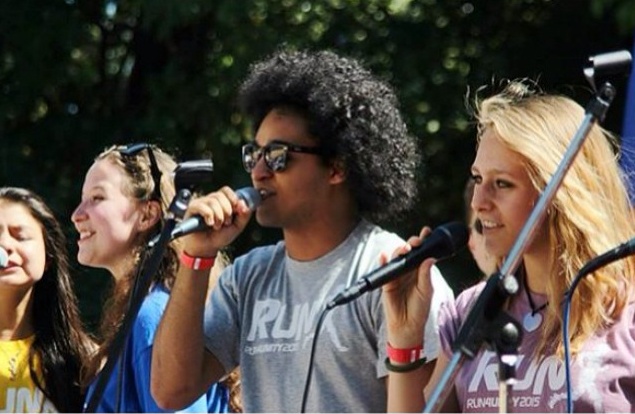 Some historical data. May ’95, the Genfest – a big world event of the Youth for a United World – ended with the launching of the United World Week (UWW): to contribute to the building of peaceful relationships of coexistence among different cultures and peoples, while respecting the identity of each community. A proposal to the public or private, national and international institutions, to highlight and uphold the initiatives that promote unity at every level, the UWW is an integral part of the United World Project.

Twenty years after that historic event: a multitude of initiatives of the youth, adolescents and adults, were launched in these editions of the UWW that progressively became known to the general public, the mass media, and institutions worldwide. At all points of the planet, people were strongly attracted to the aim of convincing the world that “this is the time for brotherhood.”

In 2010, a global link-up from Hungary paved the way to the UWW. In the 2011 edition the global streaming instead started from the small town of Sassello (Italy), hometown of Chiara Luce Badano, a young member of the Focolare who died in 1990 and was beatified in 2010.

The UWW of 2012 preceded the Genfest held in Budapest (12,000 youth in the Sports Arena and 500,000 in a live streaming through the social networks). In 2013 the event was broadcasted from Jerusalem: 120 youth of 25 countries, Muslims, Christians and Jews, lived a strong experience of fraternity, which became a lifelong action plan for the country’s future.

The “focus” of the United World Week 2014 was Nairobi, with the reciprocity construction site, “Sharing with Africa,” and the UWW 2015 entitled “Fabric, Flavour, Festival – discovering fraternity” that developed the theme of dialogue at all latitudes.

The central event was enlivened by the Youth for a United World of Mumbay, India with the youth of the Hindu Shanti Ashram movement, an ulterior sign of how these events unite different peoples and religions. 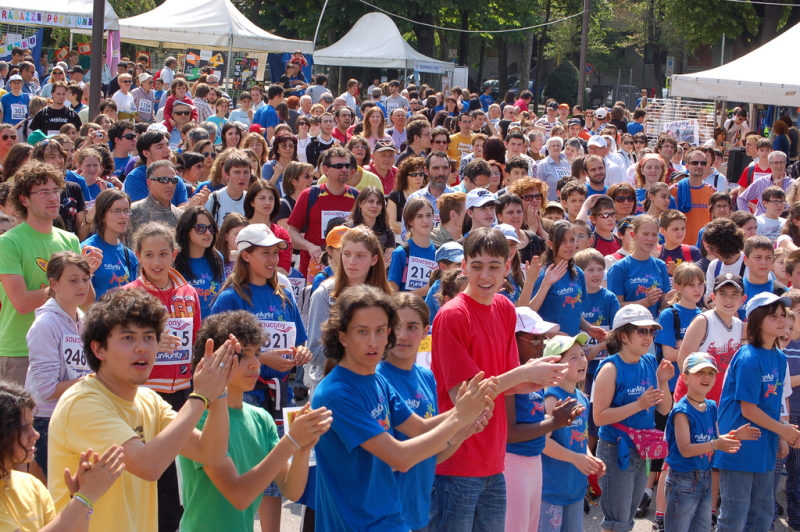 Run4Unity – Another novelty for this year is the involvement of the children: the world sports event Run4Unity, a relay race for peace which in the previous editions saw the participation of thousands of adolescents, from now on will be held annually as part of the United World Week. Run4Unity 2016 will take place on 8 May.
The Youth for a United World hope that this international and travelling expo, now on its 20th year, will be recognised by the UN. The initiatives to be carried out throughout the year, and on which the United World Week will spotlight, are contained in the United World Project platform.