You are in: Home > People & Places > Kiribati: A wave of solidarity in the aftermath of Cyclone Pam 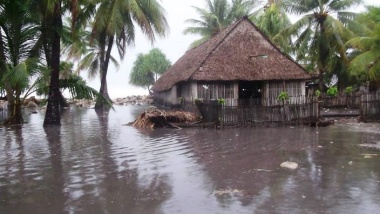 The main causeway connecting the capital and the port with the rest of the Island of Tarawa, the largest in the archipelago of Kiribati, situated in Oceania, has been destroyed. Seawalls have broken down and many of the traditional houses close to the water are gone.Cyclone Pam, one of the most violent cyclones registered in the South Pacific region, hit the island nations of Vanuatu, Solomon Islands and Kiribati. Massive waves were whipped up by winds of 250/300 km per hour. The local Red Cross says there is a lack of emergency housing, food and drinking water for most of the 253,000 inhabitants and people living in the most affected areas are being evacuated.

Mary Cass, coordinator of the AMU project, writes from Perth, Australia: “We have received emails from our Focolare community there. The people are safe and joining in the work to re-build and find food and water for the families of Buota (the village where the project is administered), which is also cut off at this time due to inaccessibility, since the road and bridge connecting them to the rest of Tarawa are down. They have very much in mind the Word of Life for this month which encourages everyone to ‘take up their cross’, and hope to meet together to share experiences and to reinforce their unity during this difficult time.” 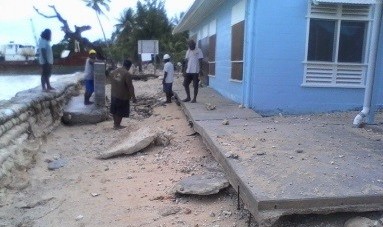 “The weather is getting back to normal,” a member of the local community writes. “The waves are smiling again. We are thankful that everyone is okay.”

But while the spirit and the dignity of the inhabitants of Tarawa is admirable, the situation is indeed very serious: contamination of drinking water wells and tank; shortage of food due to the destruction of crops and the hindrance of travel; shortage of diesel fuel; 80% destruction of local native housing…

Furthermore, the Republic of Kiribati has another huge problem. The increased sea levels have had an impact on agriculture with negative effects on nourishment and employment. Only 10% of the population has regular work. Cited as the first country that will disappear as a result of global warming and increased sea levels, the Kiribati Government have been preparing for mass evacuation of the islands to other countries within a few decades. 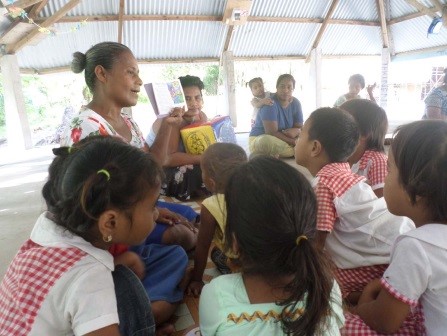 The project administered by AMU (an NGO of the Focolare Movement) aims to improve the education and living standards of the local people of Buota, considered one of the poorest villages on the main Island of Tarawa, through initiatives particularly for woman and children. There is also assistance for the development of craft activities and small business ventures.

“One such activity,” continues Mary Cass, “is the production of ice blocks due to the acquisition of a freezer; another is sewing and craft-makingwhere handicrafts are sold at the Tarawa airport twice weekly. The purchase of a sewing machine through AMU funding has made this possible. Thebread making activity is also doing well with bread and buns being sold in roadside shops in surrounding areas.

The proceeds from these activities, other than giving work to the women involved, go to the pre-school called ‘Love and Unity’ and provides basic food and nourishment for children and their families.” 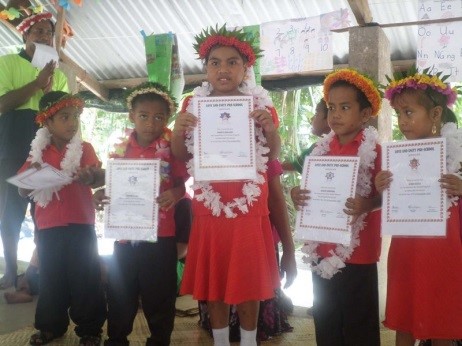 How does one live in a nation which has no future? “The life of the local Focolare community in Buota is forging ahead. “The Word of Life groups,” they write, “unite the people spread across the whole stretch of land. The Bishop of Tarawa, through the help of priests, translates the commentary on the Word of Life in the local Gilbertese language. The families help each other to re-build their homes destroyed by natural calamities and they come together to share their experiences once they manage to put a roof over their heads. The community has named their formation centre (which encompasses a little school) Loppiano Centre of Unity and Love – in reference to the first little town of the Focolare in Italy – with the desire to be a witness of love and unity for everyone.”