You are in: Home > People & Places > New Zealand: the warmth of Rotorua 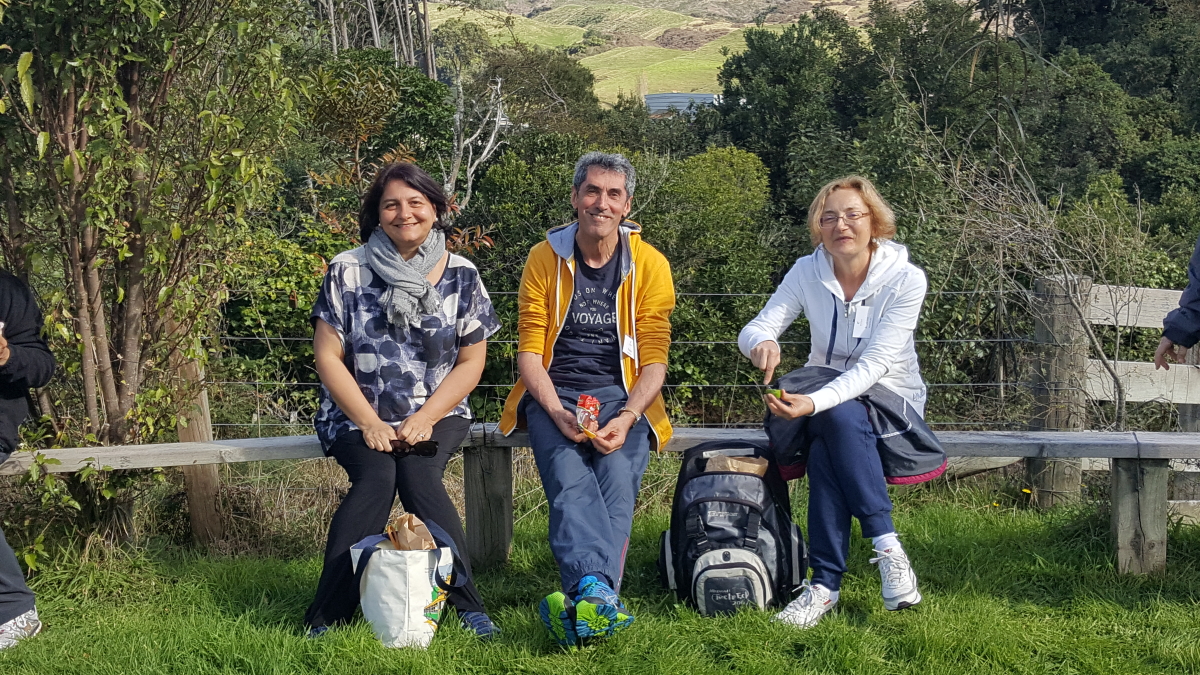 Lake Rotorua is the second biggest lake of the North Island of New Zealand, in the southern Pacific Ocean. Formed from the crater of a big volcano, active up to 240 thousand years ago, today it is a splendid canoe and kayak training ground. A tourist destination since the 19th century, here, as everywhere in the area, a strong smell of sulphur recalls the intense thermal activity which pushes boiling water out of the subsoil, forming pools of hot mud of the most incredible colours from apple green to yellow, cobalt lakes and a myriad of fumaroles. Nearby, the Lady Knox geyser erupts once a day venting out sprays of water and steam 20 metres high. 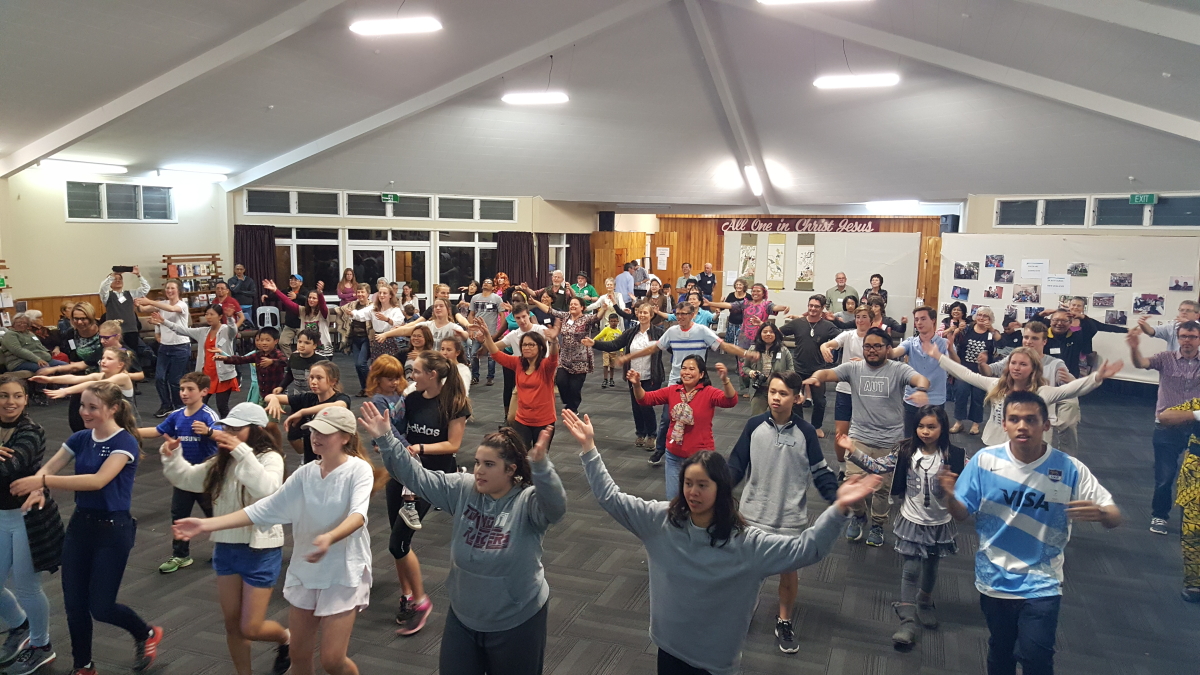 The same bubbly warmth was seen in the 170 participants of the Mariapolis hosted from 26 to 29 April 2017 in a camp situated right on the banks of the lake. Also families from the Philippines, India and Korea participated, including more than 50  teenagers and children, and some Italian visitors comprising of two married couples, Roberta & Stefano, and Beatrice & Franco.

They wrote: “We departed from Sydney and after a flight of about four hours, we reached Auckland where we were joined by Yob and Bruno from Melbourne. After a journey of about four hours by car, we arrived in Rotorua. We spent three days there and we felt so enriched by the personal relationships created among all the families. 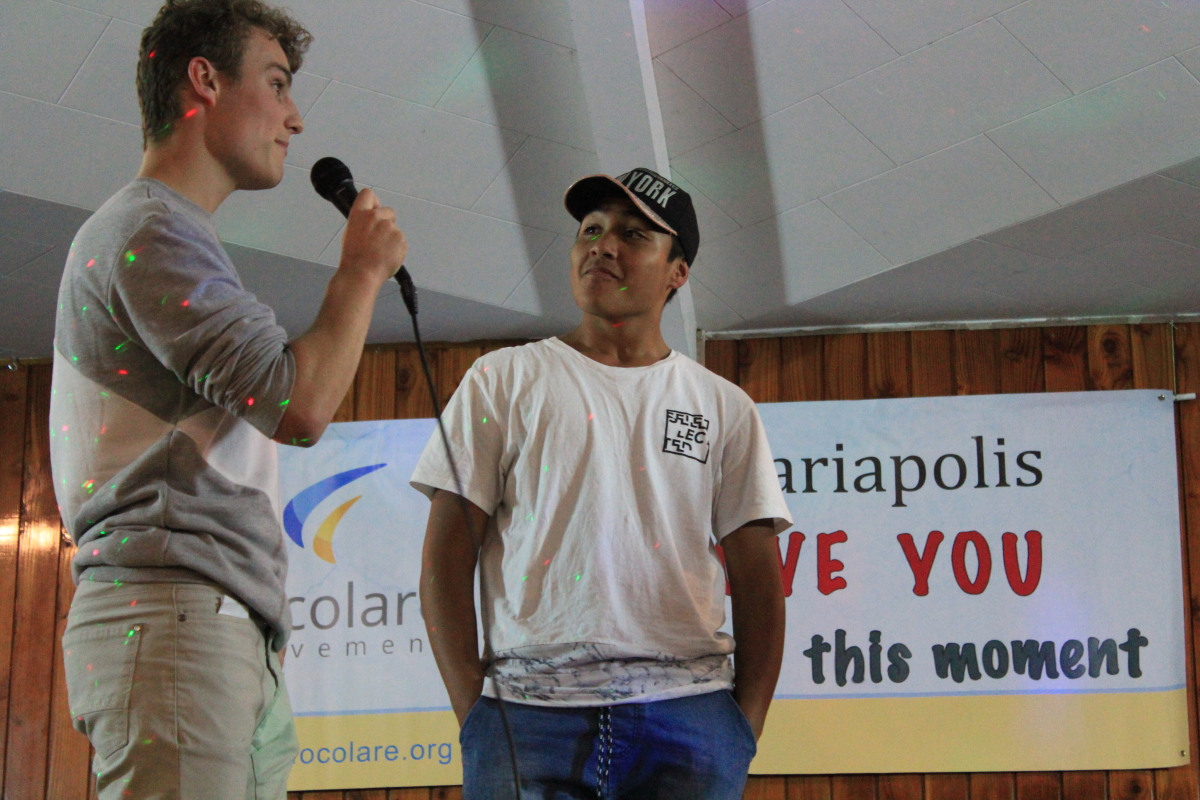 There were many experiences on the living the Gospel, a workshop on ecology, a much felt theme here, and one on the art of loving, some reflections of Chiara Lubich, and also on communication in the family and the education of children, not to mention the enchanting walks along the lake and in the forest.”  It’s no wonder the North Island was chosen as one of the locations to shoot various scenes of Tolkien’s fantasy trilogy “The Lord of the Rings”.

But the territory is particularly interesting also from an ethnological point of view. In fact the Island is inhabited by the biggest Maori communities of New Zealand. Up to 40 years ago the Maori language was spoken by a small number of people, but thanks to an integration program initiated by the government, today the culture and language of the Maori (about 20% of the population) have become an integral part of the nation. “During Mass,” Roberta and Stefano explained, “we recited some prayers in Maori, a people whose civilization and culture are well integrated.”  After dinner, the Mariapolis included an evening program animated by children and young people which focused on an an interesting ecological theme regarding respect for creation and the environment. 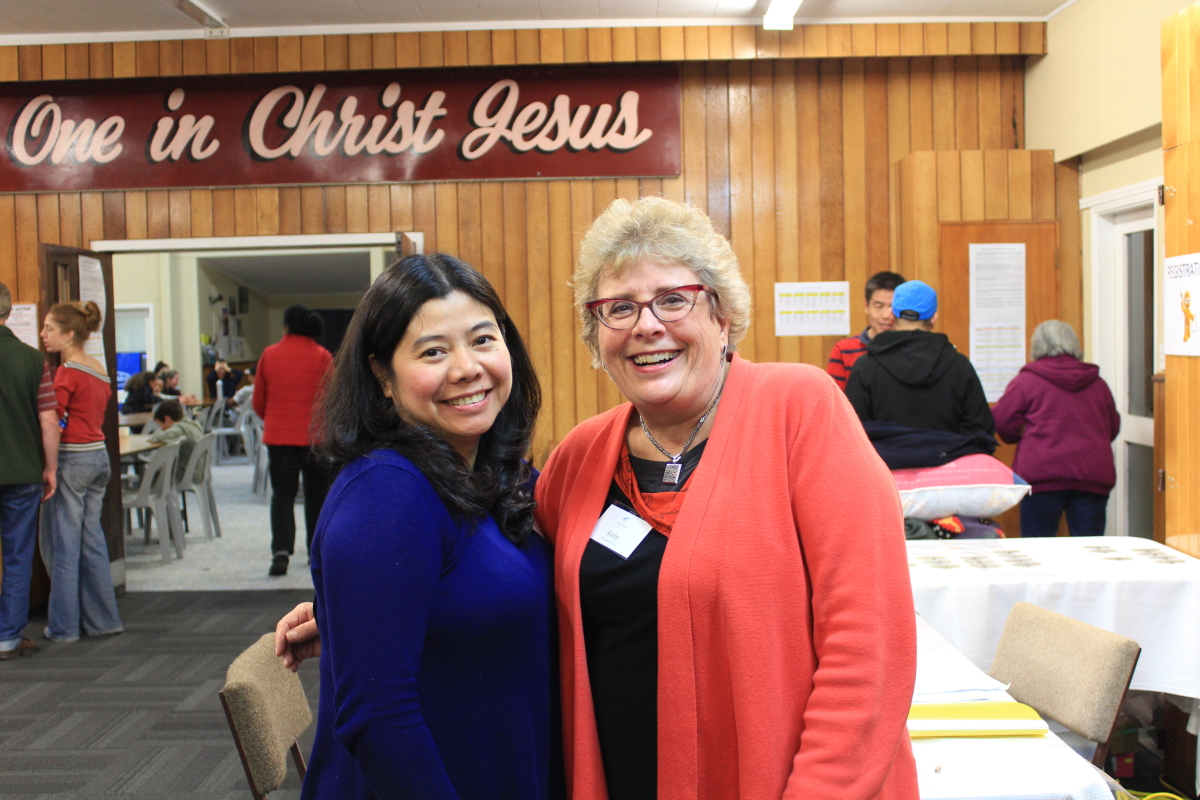 As in the simplicity of life in a big family, also in the Mariapolis everything was shared, like birthday celebrations and a wedding anniversary. “They were three very special days spent getting to know each other through personal chats, sharing joys and sufferings together, facing the challenges through the support of the community, and remaining faithful to the Gospel with coherence and constancy.”

From here the “Mariapolis people” departed to return to their various places of origin, taking with them the energy and warmth of Rotorua. 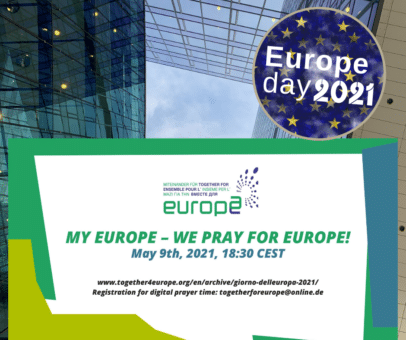 Europe Day, for a culture of reciprocity
For the past twenty-two years "Together for Europe" has been bringing together m... 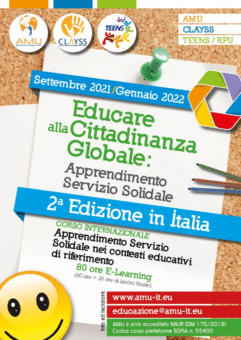 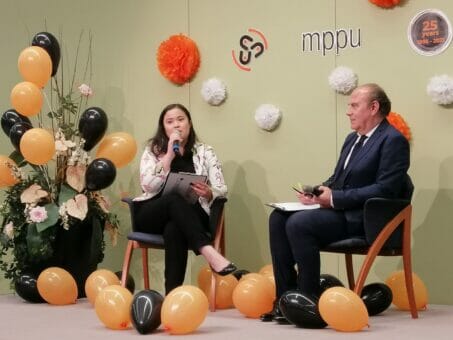 For a politics of quality
On 2 May, as part of United World Week 2021, a streaming event was held to mark ...
Witnesses to a new evangelisation
Thank God you exist!" These are the heartfelt words Chiara Lubich addressed to y...
[more]