You are in: Home > People & Places > Sardinia: Converting weapons to jobs 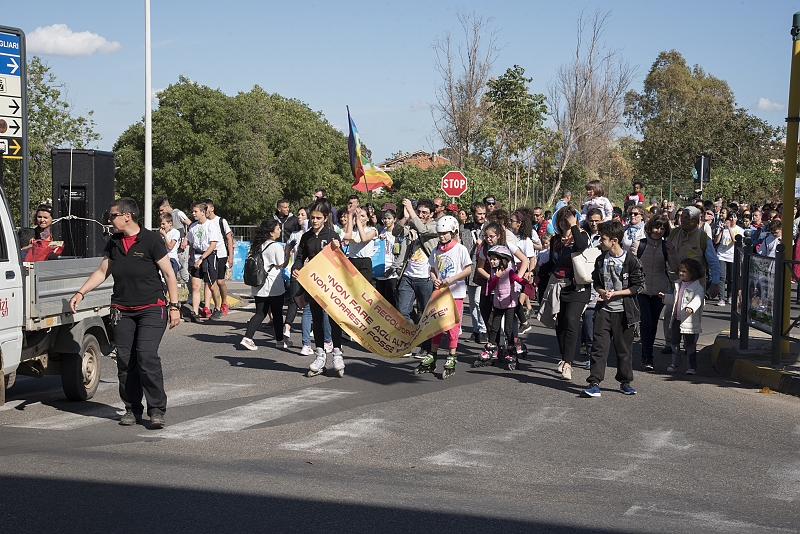 “Yesterday’s breeze brushed the hair and faces of both kids and adults, a colorful slice of humanity saying yes to life and no to the merchants of death. After years of existing in isolation, many groups and organizations came together to start again, in the hope of a visible fraternity.”

So read the press release the day after the peace march from its promoters – Focolare, Amnesty International, Oxfam, Fondazione Banca Etica, Opal Brescia, Rete Italiana per il Disarmo – with the support of Comboni missionary Alex Zanotelli.

The campaign against arms dealing between Italy and war-torn countries began on March 7, 2017 in Sardinia. The initiative was also part of the worldwide event Run4Unity, promoted by the Young for Unity. Run4Unity takes place each year on the first Sunday of May throughout the globe, during World Unity Week.

Arnaldo Scarpa, part of the Focolare Movement in Iglesias and spokesperson for the RWM Conversion Committee together with Cinzia Guaita, explains how the project began.

“For many years, there has been a factory in the Domusnovas and Iglesias area whose original work was to produce explosives for nearby mines. Unfortunately the mines were decommissioned, and the factory was converted using public money to produce military equipment. This was then bought and transformed by RWM, a German multinational that produces weapons that are then exported to Saudi Arabia.

“So from our country, Italy, arms go out to the ‘pieces of World War III.’ The laws of both countries, Italy and Germany, are quite clear: Law 185/90 in fact prohibits the Italian government to sell arms to countries at war or who do not respect human rights. Yet there has been a continual increase (59%) in Italian exports to North African and Middle Eastern countries in particular. In 2016, RWM’s production rose to almost 22,000, a jump of 1,466%.”

At Domusnovas, like in many areas of the island, the main challenge is jobs. “We understood,” Arnaldo continues, “that even our consciences could fall asleep, confused by the general silence, having become groggy from the tragedy of unemployment. Those of us who are committed to living fraternity certainly support the workers, yet we also support the children, teens and adults in Yemen who are killed by what is produced here. Our project has required that we be more courageous than we had ever been in our lives, for many reasons, but it’s already encouraging that there are many people with us who have different backgrounds and ideas.” 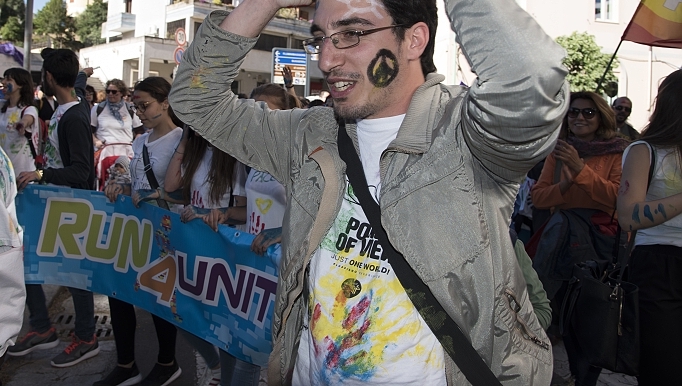 A positive outcome from the project has been the establishment of the RWM Conversion Committee, to keep the focus on the issue and block the extension of the factory. The area there has natural, environmental and archeological value.

There is also the ethical dilemma: some have chosen to not accept work at this factory, even though they are unemployed, while others working inside experience serious crises of conscience.

The next step is therefore to lay the foundations for common work on the project, to convert the factory and develop the area differently. Important contacts with entrepreneurs, architects, academics, legal experts, institutions, associations and employee representatives have begun.

What is above all essential is that there be a specific political choice at all levels of government.