You are in: Home > Teenagers inspiring all generations 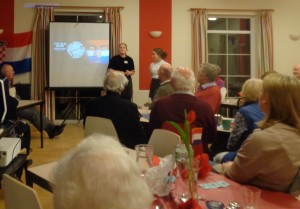 ‘Hombremundo’ is a worldwide project where this year 600 teenagers from all corners of the globe will meet together in July for 2 weeks in either Croatia, Serbia or Poland to share in a ‘hands on’ experience of building unity with other young people from different countries, cultures and religions.

The project Hombremundo is being organised by Youth for Unity. Youth for Unity involve thousands of teenagers from all over the world who want to build a united world. They engage in many different actions all aimed at breaking down barriers and fostering dialogue and respect.

The Youth for Unity take as their inspiration the Golden Rule, ‘treat others as you wish to be treated’ a phrase found in all the major world religions. Living the Golden Rule, in fact creates new relationships capable of building peace and universal fraternity while allowing each one to remain faithful to his or her own faith.

The Croatian meal took place at the Focolare Centre for Unity 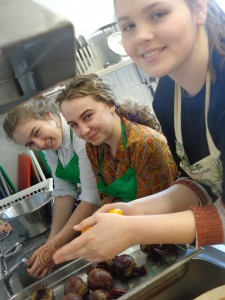 on April 1st. Preparations for the evening had begun weeks before and had involved many from the local community. Our Croatian friends helped with menu suggestions, other people donated money and gifts for the raffle, parents ferried children to planning meetings etc. The afternoon of the event saw the Focolare Centre buzzing with activity: cooks young and old in the kitchen, others decorating the hall; everyone gave their all. The 60 people that came, 3 of whom from Bosnia and Slovacchia came as a result of the event being advertised in the local newspaper, enjoyed not only their 3 course meal, but also the lively presentation of the young people about the project.

In total we raised £500 but most importantly it was an evening where the participants of all ages and backgrounds lived an experience of Hombremundo which is probably best explained in Chiara Lubich’s words:

“The person of tomorrow, will be a person of unity, someone who is capable of both welcoming in their heart the treasures that the peoples of other lands have to offer and of giving their treasures to all.”