United World Week (May 1–7) has never been such a local and global event at the same time. More than 400 micro and macro events are being held in 65 countries, all strictly online. Live streaming of the #InTimeforPeace event will be Saturday 2 May at 12 noon (UTC +2).

This United World Week sees us spoilt for choice: you can start by participating in Run4Unity in Australia or Texas, then join a prayer for peace in Cuba, before checking out the “political café” in Argentina. There’s an interesting webinar series promoted by the United World Project, and for lovers of World Music, there are concerts in various African countries.

The great thing is, you don’t even have to choose: you can participate in everything from the comfort of your own home.

Covid-19 could have driven this year’s United World Week, and instead it isn’t just about that. The title and motto for the more than 400 events in close to 65 countries around the world is #InTimeforPeace. This means that for at least one week, peace, human rights and legality will be the topic for reflection and action, for 24 hours a day at the different latitudes. It also means that an increasing number of people believe that building a world governed by rules, economies, and cultures inspired by peace in all its forms can no longer be put off.

It all starts on May 1 and goes until May 7. As the young people say, peace is for everyone. The United World Project’s homepage shows a wide choice, which says that there is no single way to support peace, to fight for human rights, to practice legality. Whether we make masks, distribute food, keep company with those who are alone or simply do our part by staying at home, every neighbourly gesture of solidarity and support at a distance falls under the great umbrella of peace.

Among the key activities this United World Week is a petition calling for an end to the embargo against Syria, promoted by the NGO New Humanity and signed by many celebrities. The appeal will be sent to the UN Secretary General and to the President of the European Parliament. It has the force of a global call to save a country that is already on its knees after 10 years of war and now risks falling into an abyss because of the Covid threat.

HOW, WHERE AND WHEN TO FOLLOW UNITED WORLD WEEK EVENTS

The place for the #InTimeforPeace multimedia marathon remains unitedworldproject.org, where you can also see a calendar of local events.

In the UK  there is a series of events to help us build a more united world –  join us online! 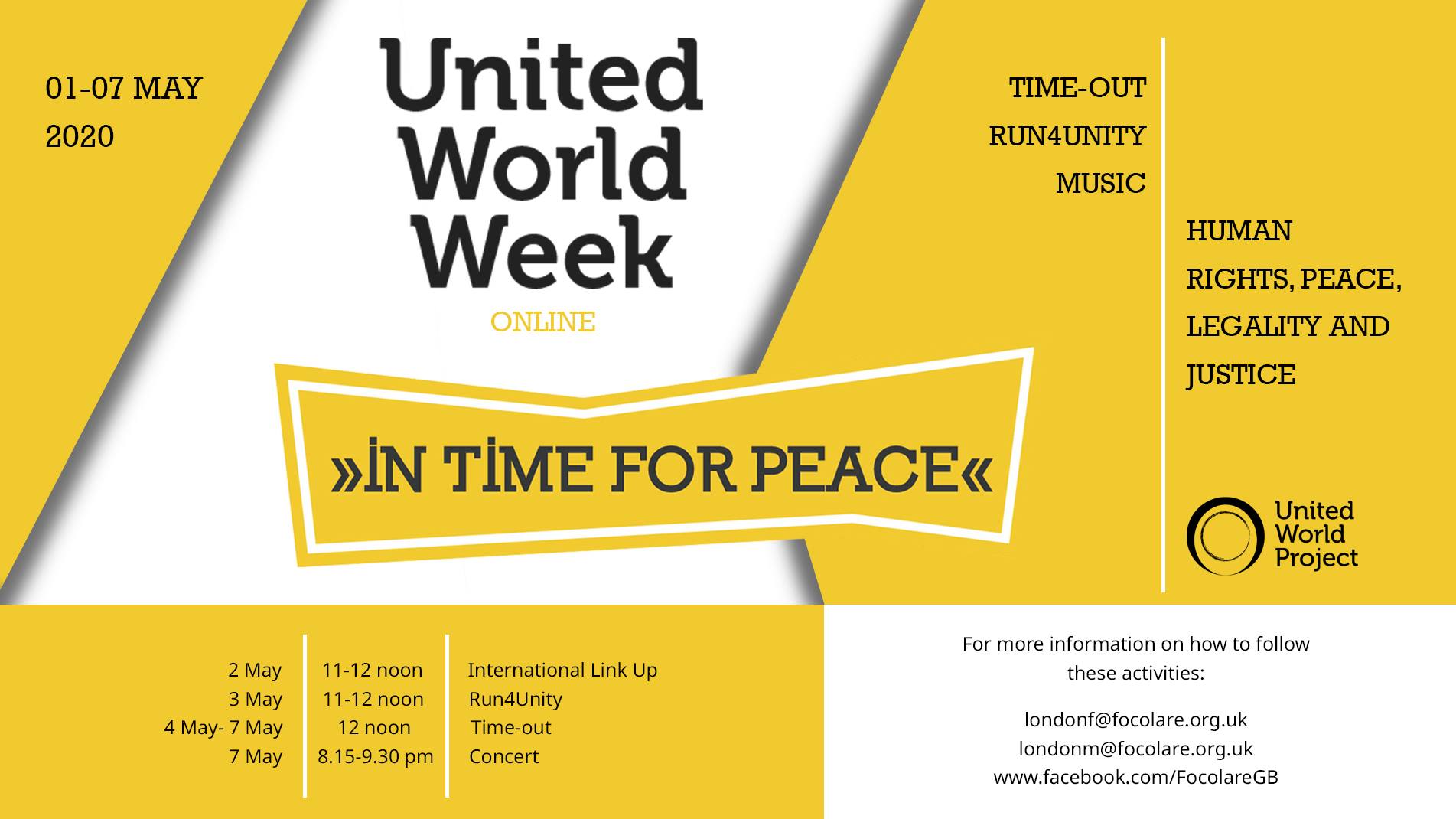 We are doing our part to flatten the curve, to stay at home and to save lives: United World Week and Run4Unity are going online this year. You can join the In Time 4 Peace Web Event and Run4Unity – Official events. But you can also host an online event. Click here to know more: bitly.com/unitedworldweekonline 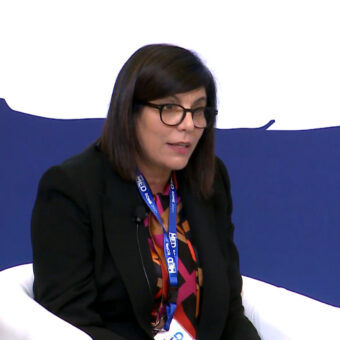