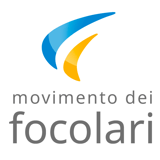 Almost paradoxically, in a world that is always more global and  in communication, there is an increase of the sense of being left out and of areas of solitude, with definitive negative consequences both at the individual and collective level, so much so that OMS has forcast that in 2030 depression in youths could become the second absolute cause of death. Yet, there is an increasing perception in all directions – as documented in the intervention prepared by the International Commission of Education for Unity – of the “need for community”(according to the expression of Z. Bauman), and starting from this radical need, one recognises the necessity to “form the man- in relationship” the key idea of Chiara Lubich in the Education area. It was underlined by her in the lectio on the occasion of the degree “honoris causa” in pedagogy (USA, 2000), and now referred to with vigour in this 5th pedagological meeting of EdU. An engaging and fascinating gamble that has involved the 270 partecipants (university professors, teachers, parents, students), together with many that have followed direct through internet, from Sicily, Albania, Malta, Slovenia right up to Colombia and other extra european countries.

There were not only reflections on the essentiality of  weaving autentic relationships as the foundation of the authentic community, but also the possibility of experiencing them in the entwining of the various moments of dialogue and the exchange-presentations of educational experiences. They dealt, in order to remain coherent with the theme of the meeting, with the not easy construction of the reality of community in various contexts-involving families, schools, the institutions present in the territory-beginning with the intradependence of persons capable of weaving relationships and alliances, inverting in that way the temptation to be individualistic, and injecting doses of hope, an indispensable element of any educational project.

The intervention of prof. Domenico Bellantoni (Pontificia Universita` Salesiana, Rome) was very stimulating to delve into the meaning of relationship in the communitarian context. He took part for the whole day, and in particular, starting from the logotherapy of Vicktor Frankl, he delved into the idea of person-autotranscendence, open therefore to relationship and responsibility.

Other interventions that will soon be available on Education for Unity website (www.eduforunity.org), were given by Maria Ricci, Michele De Beni, Teresa Boi, and Giuseppe Milan who have presented more directly the contributions  regarding what has been the work, this year, of the central Commission EdU.