You are in: Home > Press > Focus > Chiara Lubich and the great attraction of present times

On the 10th anniversary of Lubich’s passing away, a review of the social significance of the charism of unity. 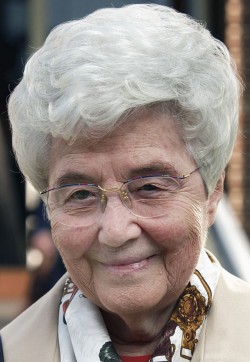 March 14, 2018 marks the 10th anniversary of Chiara Lubich’s passing away. Focolare communities throughout the world will commemorate this anniversary through a varied number of events that mark the charism’s contribution to social change.

A 360º overview of the social dimension of Chiara Lubich’s charism will be presented through an artistic event scheduled for March 3, at the Mariapolis Centre, Castel Gandolfo, Rome.

For Chiara Lubich, the greatest attraction of modern times was «to penetrate to the highest contemplation while mingling with everyone, one person alongside others». Sergio Zavoli, who was a very close friend of Chiara, defined her as a mystic of unity between heaven and earth. While speaking about the change she brought about in trinitarian mysticism, he said: «Allowing God to dwell in the intimacy of one’s soul is making him live among men through communication between – I repeat her words – God in me and God in my brother. It is not by chance that Chiara Lubich’s thought appeals to us to put together the fragments of the inseparable, that is man, and to recompose the fractures of what is shareable, that is the community».

Since the very beginning of Lubich’s experience in her native city of Trent, the social change that stemmed from her thought, gave rise to initiatives that have a very strong social hallmark. Today, these actions and works are found practically in all the world; they have the characteristics of each region and culture and they seek to give an anwer to specific situations of individuals, groups and communities in need.