You are in: Home > People & Places > Chiara Lubich: Bishop of Frascati officially opens Cause for Beatification 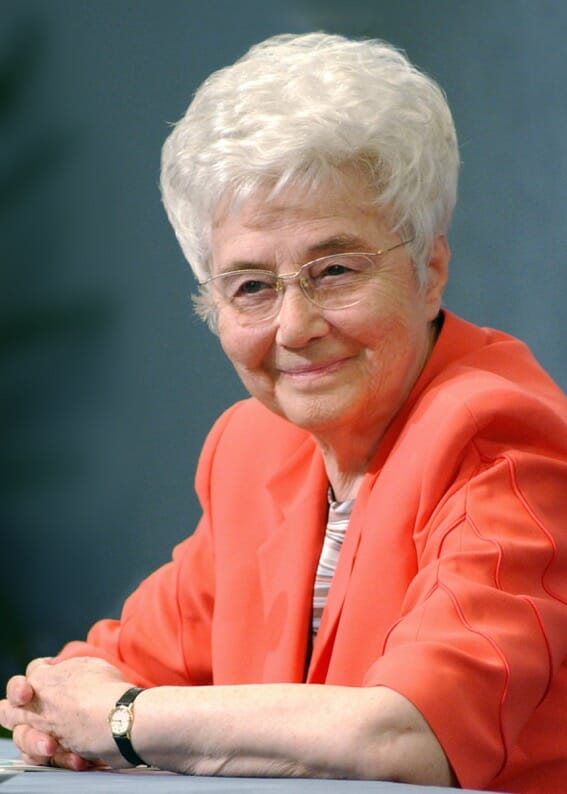 Her life was nurtured by the concept of sanctity rooted in the Gospel. Chiara Lubich had written: «We will find sanctity in Jesus, it will flourish in us because of love … If we aim to reach sanctity for its sake alone, we will never achieve it. We must Love, and nothing else. We must forego everything, even our attachment to sanctity, and aim only to love.».

The importance of this ecclesial event is underlined by the choice of the cathedral of Frascati (Rome), as the venue where Bishop Raffaello Martinelli chose to initiate the “Process of documenting the life, virtues, signs and renowned sanctity” of Chiara Lubich. The diocese of Frascati is the diocese where the International Center of the Focolare Movement is established, and where Chiara Lubich spent most of her life, and where she died. Her body lies in the Chapel of the Centre intself, in Rocca di Papa.

The opening ceremony for the “Cause of beatification and canonization,” also called the Prima Sessio or Postulation, will take place on Tuesday , 27 January, 2015; and will start at 4 p.m. with the recital of the Vespers. There will be a reading of the Introductory Decree of the Cause and the nulla osta or permission of the Holy See, the designation of the Relator by the Bishop and the appointment of the diocesan tribunal and those of the postulation commission. From this moment on Chiara Lubich may be called Servant of God.

The ceremony will be broadcasted live on the internet.

In a letter to the Focolare Movement, Maria Voce communicated the news with great joy, and wished all those who live the spirituality of unity to be «living witnesses » of what Chiara lived, announced and shared with all, in the common commitment to «become saints together.»

The procedure for the initialisation of the Cause began on 7 December 2013, the 70th anniversary of the founding of the Focolare, when President Maria Voce announced the decision to present a formal request to the Bishop of Frascati, Martinelli, through which she also stated that this was also the desire of many members of the movement, and aimed at boosting their spiritual and moral commitment for the good of mankind. In the months that followed the documents needed to carry out the canonical proceedings were gathered.

The fact that Chiara Lubich continues to be a light in these 5 years after her death is proven by the constant flow of people, to visit the places where she lived and where she has been laid to rest: more than 120,000 people from different continents and religious faiths, Cardinals, Bishops, scholars, politicians, the youth, members of associations and movements, people of non-religious cultures, children, adolescents and adults in search of hope.

We will become saints, Chiara further explained «if we put our mutual charity at the base of our sanctity (above all else, even before sanctity itself) – as the premise or principle, as the means for our sanctification and as its objective.»

Chiara Lubich, Cause for beatification and canonization