The Focolare Movement has the features of a large and varied family, of a “new people born of the Gospel”, as Chiara Lubich, its founder, defined it.  It is a movement of spiritual and social renewal, founded in Trent, Italy, in 1943, during the Second World War. The Focolare Movement, officially known as the Work of Mary, was approved by the Catholic Church in 1962. It is now present in 182 nations and more than 2 million people share closely in its life and work.

It aims at spreading the message of unity worldwide. Inspired by Jesus’ prayer to the Father, “May they all be one” (Jn 17:21), its goal is to promote brotherhood and to achieve a more united world in which people respect and value diversity. To achieve this goal, people of the Movement engage in various forms of dialogue and are committed to building bridges of fraternal relationships among individuals, between cultural groups and in every area of society.

Members of the Movement include Christians of different Churches and ecclesial communities, members of the major world religions and people of no particular religious belief. Each one adheres to the Movement’s goal and spirit, while faithfully following the precepts of their own faith and conscience. At the heart of the movement are small communities of men and women who consecrate their lives to God with vows of poverty, chastity and obedience and live in separate households called “focolares”, from the Italian word for “hearth”. Married people are also members of these communities, while remaining in their families and being faithful to their commitment to marriage. They too make the same radical choice of the Gospel and offer their lives to bring unity in the world. 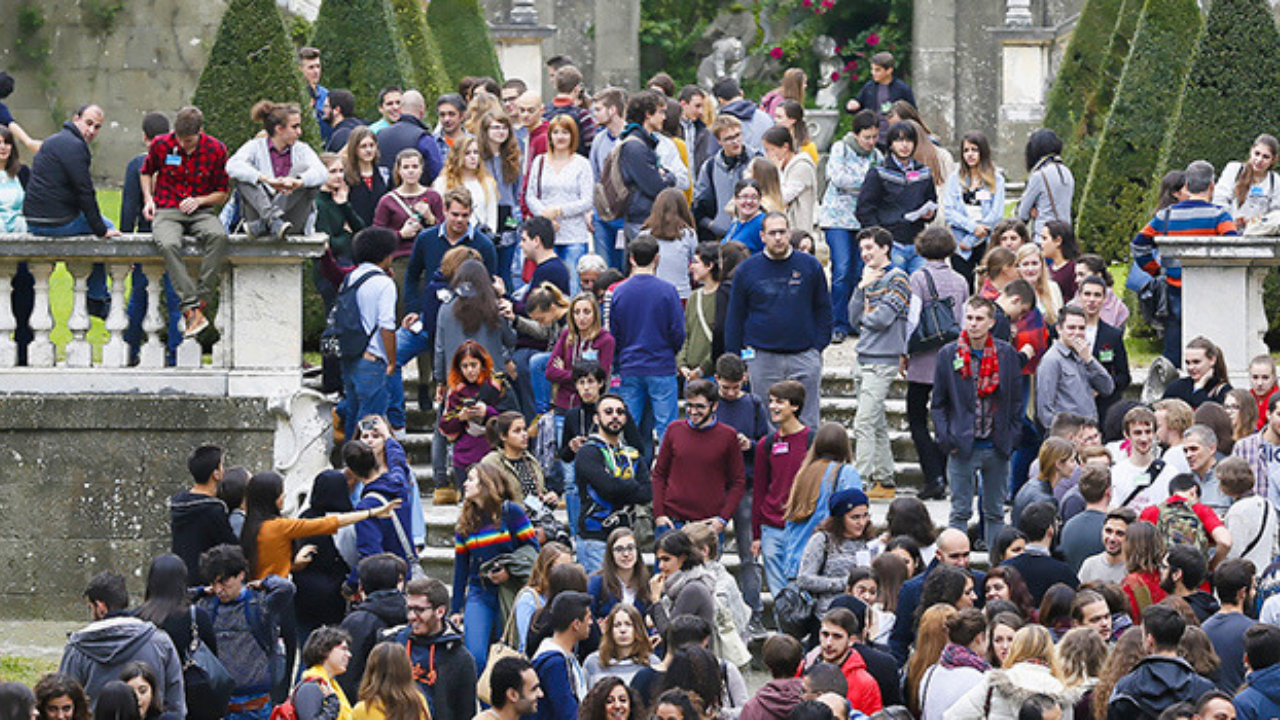 Download PDF File
Download e-Book
2000000+adherents that participate in the life of the Focolare Movement present in 182 countries.
350+Projects
7000+followers of different religions who adhere to the Movement’s spirit
10000+people with no religious affiliation who share in its objectives.
25+”little towns” with homes, schools, workshops, businesses.
1000+enterprises inspired by the principles of the Economy of Communion.
1000+projects that promote international cooperation and development .
11000+children financially supported by 93 projects in 48 countries.
20+publishing houses in different countries; 32 editions of the magazine “New City” in 21 languages. 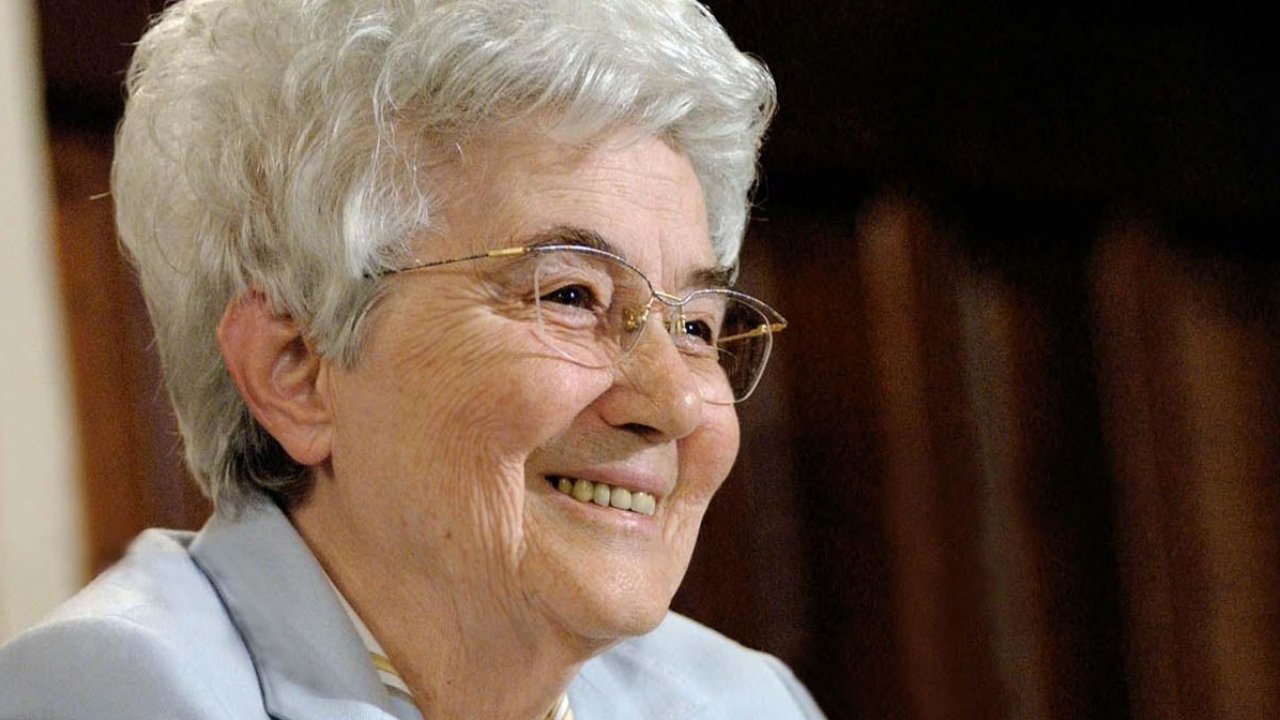 Chiara Lubich (1920-2008) is the founder of the Focolare Movement, which is present in 182 countries and promotes the spirituality of unity. Its goal is to contribute towards the fulfillment of Jesus’ prayer: “May they all be one” (Jn 17:21).

Chiara, a great charismatic figure of our times, is well known for her tireless work to increase communion, fraternity and peace among people of different Churches, with followers of various world religions and with people who have no religious belief.

The spirit of the Focolare Movement aims at promoting a new lifestyle also in the civil field, as for example, in economics and in politics. International academic institutions awarded Chiara Lubich honorary degrees in a number of disciplines (theology, philosophy, psychology, economics, social sciences, etc.).

Chiara built a relationship of friendship with Popes, heads of Churches, founders of movements and political and civil leaders. She has left a great legacy that does not cease to inspire individuals and groups, who in turn influence every area of society. The process for her beatification and canonization began in 2015 and is currently in the diocesan phase.

Chiara Lubich was born on January 22 in Trent, Italy. When baptized, she was given the name Silvia.

When she became a member of the Third Order of St. Francis, she was attracted by St. Clare of Assisi’s radical choice of God and chose the name “Chiara” (Italian for “Clare”). On December 7, she consecrated her life to God with a perpetual vow of chastity. Unknown to her, this marked the beginning of what would become the Focolare Movement.

After a devastating aerial bombardment, the Lubich family had to flee from Trent, but Chiara decided to stay in the city. She went to live in an apartment in Piazza Cappuccini, together with several of her first companions. This became the first “focolare” (Italian for “hearth”).

Each summer from 1949 to 1959, Chiara and her first companions went to the Dolomite Mountains near Trent, to have a rest, while still trying to live the Gospel together. Every year, more and more people joined them, forming a small temporary city called Mariapolis, the “City of Mary”. The only law for this city was “Love one another”.

In Darmstadt, Germany, Chiara met several Lutheran pastors who wanted to know more about her Gospel-based spirituality. This was the start of the Movement’s ecumenical dialogue.

Pope John XXIII gave the first approval of the Movement with the official name, “Work of Mary”.

At the Guildhall in London, Chiara received the Templeton Prize for Progress in Religion. Representatives of many faith traditions were present and expressed the desire to continue contacts with the Movement, giving rise to a widespread interreligious dialogue.

The Pontifical Council for the Laity approved the updated General Statutes of the Focolare Movement.

In Mariapolis Araceli, near San Paolo, Brazil, Chiara launched the project of the Economy of Communion.

In Paris, Chiara was awarded the UNESCO Prize for Peace Education. That year she also received an honorary doctorate in Social Sciences from the University of Lublin in Poland. Subsequently 15 other honorary doctorates were conferred on her in a variety of disciplines and in various countries.

At the first international meeting of ecclesial movements, held in St. Peter’s Square in Rome, Chiara felt impelled to commit herself and the Movement to embark on a journey toward fuller communion among Catholic movements.

A daylong celebration entitled, “Together for Europe”, was held in Stuttgart, Germany, leading to a greater communion among more than 150 movements and ecclesial communities from many Christian Churches. 9,000 people were present.

The Sophia University Institute was established on December 7 by a pontifical decree of the Vatican. It is located in the Focolare town of Loppiano, near Florence, Italy. This was the last official act signed by Chiara Lubich.

After a long illness, Chiara died on March 14 at her home in Rocca di Papa, outside of Rome.

Some of Chiara Lubich’s Writings

The Attraction of Modern Times

This is the great attraction of modern times: to penetrate to the highest contemplation while mingling with everyone, one person alongside others. continue reading>

If we are united, Jesus is among us

If we are united, Jesus is among us. And this has value. It is worth more than any other treasure that our heart may possess; more than mother, … continue reading>

We would die if we did not look at you, who transformed, as if by magic, every bitterness into sweetness; at you, crying out on the cross…  continue reading> 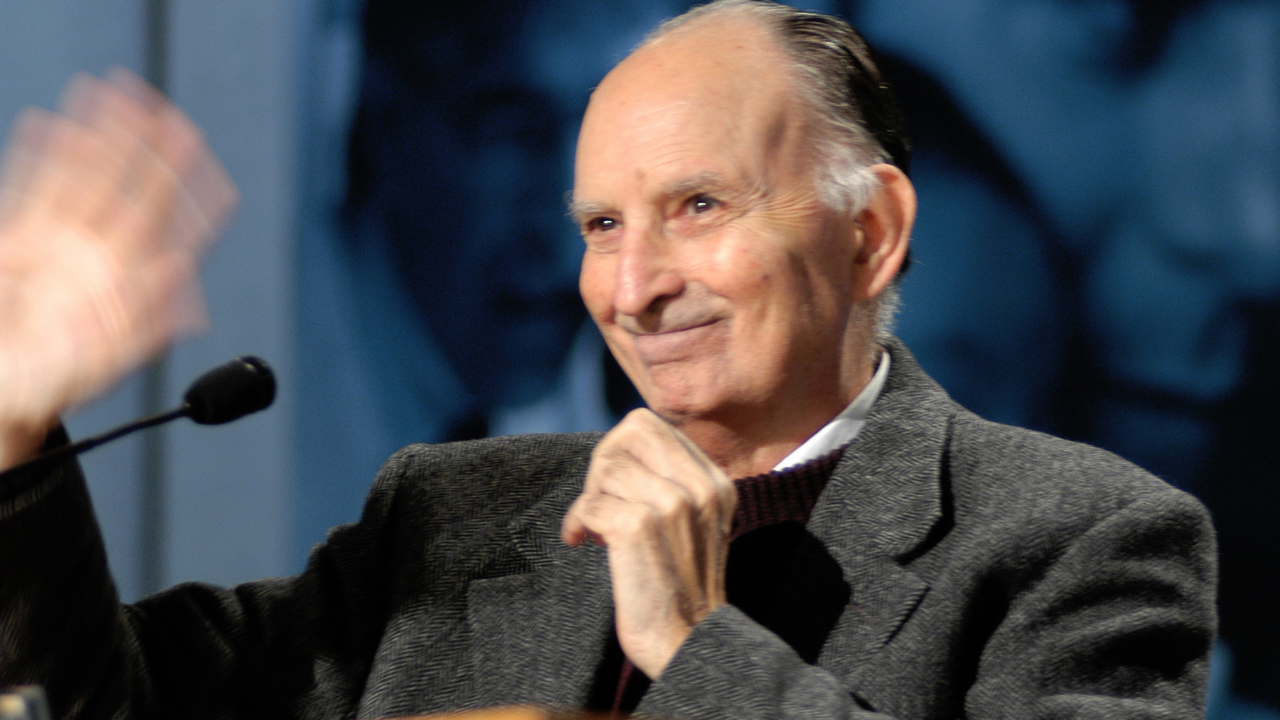 The theologian Pasquale Foresi was the first priest focolarino and the first co-president of  the Focolari.. Chiara Lubich entrusted him with the task of translating into concrete works her mystical intuitions;   and to incarnate the spirituality of unity into the various aspects of life and of  culture. He contributed towards the drafting of the Statutes; looked after the relations with the Holy See, gave life to nbsp;centres of spiritual formation, small towns of witness, publishing intiatives. 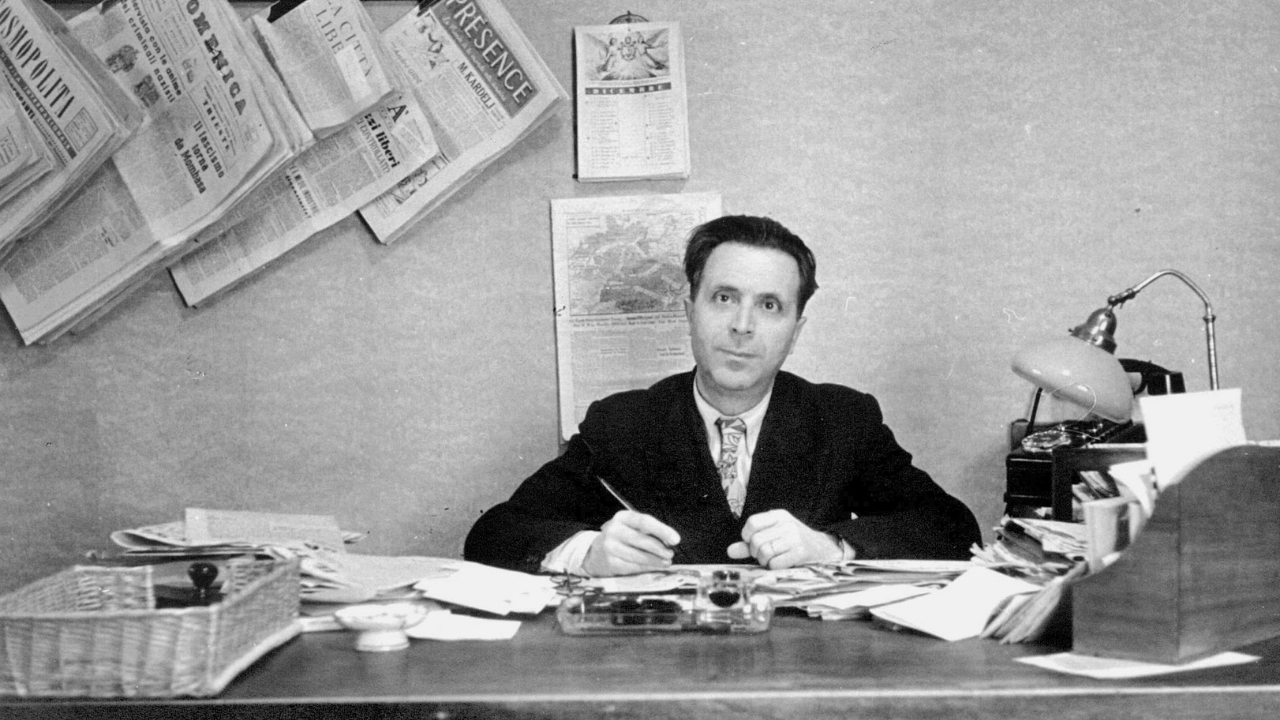 Writer, journalist, politician, ecumenist and patrologist, he was a co-founder of the Movement. A husband and father, he was a multifaceted personality who outlined the Movement’s prophetic perspectives on a cultural, political, ecclesial and social level.The cause for his beatification is currently being carried out. |iginogiordani.info

According to the General Statutes of the Focolare Movement, its president will always be a lay woman, with a male co-president who is a priest. The current president is Maria Voce, an Italian attorney, and the co-president is Jesús Morán from Spain, who is a philosopher and theologian. They are assisted by a General Council, which includes representatives of every part of the Movement: young people, families, consecrated persons, people of different religions, etc. The council members are of different vocations, cultural backgrounds and national origins.

All positions of responsibility last for six years and can be confirmed only once.
The Movement is present in 182 countries, which are organized in 22 geographical regions, in which activities are coordinated by a male and a female delegate together with members of a local council. 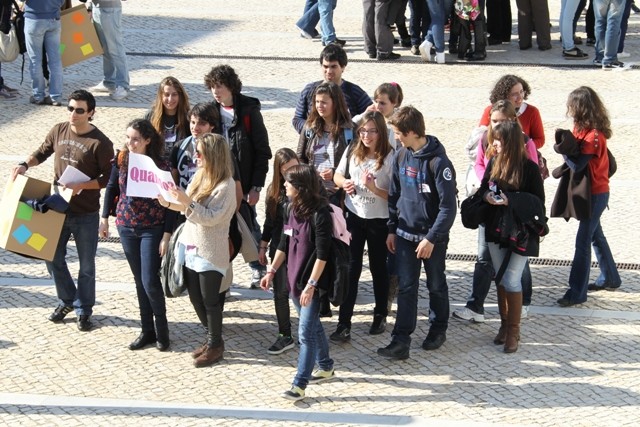 Maria Voce was elected President of the Focolare Movement during its General Assembly in 2008. She is the first focolarina to succeed the foundress, Chiara Lubich, who passed away that same year. The 2014 General Assembly re‐elected her for a second term.

Jesús Morán Cepedano was elected co-president of the Focolare Movement on September 13, 2014, by the General Assembly, which had convened at the Mariapolis Center of Castel Gandolfo outside of Rome.

Did you know that...

…Every day at 12 noon in each time zone there is the Time Out, a moment of silence or prayer for peace. This idea originated from the desire of Focolare teens and children for world peace and has been taken up by the whole Movement.

…The Word of Life, a monthly leaflet with a spiritual commentary on a passage from the Bible to be applied to everyday life, is translated in 90 languages and dialects. It reaches millions of people through the media.

… Silvia was the name given to Chiara Lubich at her baptism. When she became a member of the Third Order of St. Francis, she was fascinated by St. Clare’s choice of God and decided to take her name, which in Italian is “Chiara”.

… Chiara Lubich was the first Catholic white woman to speak at Malcolm Shabazz Mosque in Harlem, New York. It was on May18, 1997, with an audience of more than three thousand people.

… Focolare centers can be found throughout the world. The furthest north is the one in Stockholm, Sweden, while the furthest south is in Trelew, Argentina.

… The Movement’s logo recalls “Mary, Mother of all people”, who gathers all vocations under her mantle. The blue symbolizes Mary, while the orange represents the members who follow Mary as the model for their life.