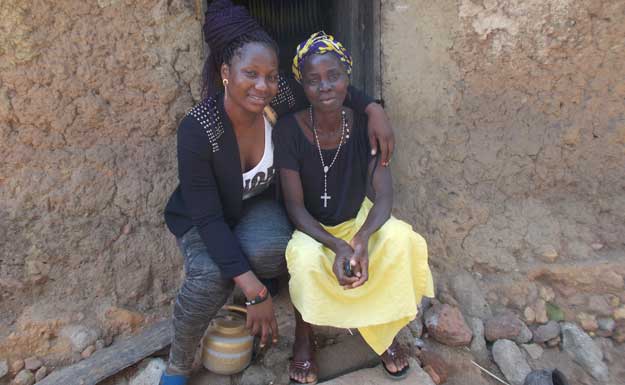 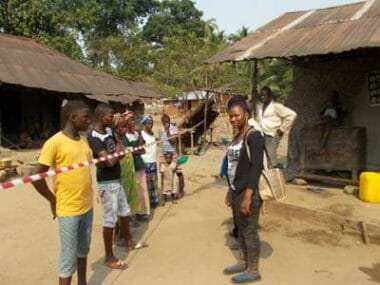 Antonette, a young woman who volunteers for an NGO, in a village named Rosanda

More days of quarantine in Sierra Leone. From March 27-29 several regions of the capital Freetown and other points in the north of the country were once again isolated, following more registered cases of Ebola in previous days. Trained groups went house to house in the most at risk areas, educating and identifying the infected and possibly infected people.

“There was hope of arriving at zero cases by the end of February,” writes Father Carlo from Sierra Leone, “The schools were ready to open, but that was then postponed to the middle of April. So there is uncertainty, the people want to begin normal life, but the virus is still lurking.”

“At the beginning of the epidemic I was in Makeni for my studies,” says Antonette, a young woman who volunteers for an NGO. “The crisis appeared serious from the start, and that’s how I thought of returning to my home town where I would be safe from the virus. But then I decided to stay on as a volunteer helping the people who were infected. I was assigned to a village named Rosanda,” where there are 54 registered cases and 42 deceased. “It was sad during that first period. Around 15 people died every day. I had to inform the families and, even though I tried to put as much love into it as I could, it wasn’t an easy experience. Two children continued to ask me when their parents would return. I just couldn’t bring myself to tell them the truth. I tried my best to console them with my presence and some small gifts.” “Every day, for one month, I went all the way to that village,” Antonette continues, “learning to expand my heart to those who were in need, even if they were not members of my family or circle of friends. Now Rosanda has finished its 21 days of quarantine. There have been no new cases and I am thankful to God that I was able to be an instrument of His love which I received each day in the Eucharist, for all those people.

Like Antonette others have also given of themselves to fight this great cause of so much suffering and pain. Families have adopted children who were left orphaned, priests and religious held nothing back. Amongst these is Father Peter who worked in several villages. Thanks to his stormy intervention it was possible to block the contagion and reduce the number of victims. 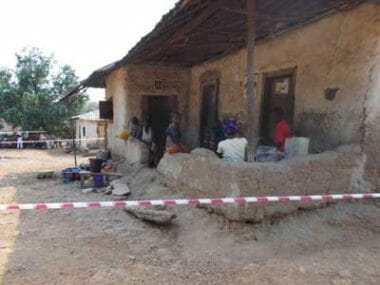 His story is connected to Small Bumbuna, a village in the Diocese of Makeni, 200 miles from Kailahum where the epidemic began. “The illness spread like the fire in dry season, in Sierra Leone. With the first victims we thought of cholera, evil spirits or other superstitions. The response from the medical team was slow: it took weeks to confirm that we were dealing with Ebola. We would have wanted to visit the people from our parish in another village, but the fear was too strong. The district medical team was not able to monitor the situation and send supplies. It was difficult to access roads.” Faced with so many difficulties, Father Peter, followed by his parishioners, made: “a radical decision that brought us face to face with the Ebola,” he recounts. “We found the city deserted when we arrived. The village chief described the terrible situation. The loss of hope was clear on his face, along with impossibility of doing anything.” From there we stepped into non-stop action that involved the highest levels of authority. Father Peter was invited as “guide” to deal with the population, explaining how to stem the spreading and allow themselves to receive medical treatment. “I took on these risks,” Father Peter concluded, “because these people are my community. How could I desert them in such a moment of painful suffering? This question helped me to identify with them, to bring the problem before the authorities, and to offer myself as a guide. I learned that nothing is too small to be offered, nor too heavy to be taken up. Let us continue to pray that the epidemic may be totally eradicated and we can return to normal life.” In the course of two weeks, the danger came under control and people were able to return to their farming activities.