Youth against the current 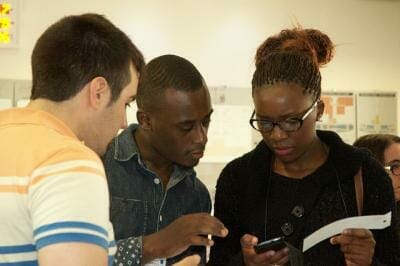 «I’m African and studying in Northern Italy. Some time ago I read an article in a magazine, in which the author said that a “dark night” is pervading every aspect of western culture, leading to a loss of the authentic Christian values. Sincerely, I did not understand what this meant, until something happened to open my eyes. It was a Saturday afternoon. Some kids, neighbours of mine, invited me to go out with them and spend an evening together. They wanted to do something different. There were six or seven of us and we started the evening dancing in a local disco.

Initially I enjoyed it and they said music ran in my blood, and I danced well. But soon I noticed that the people around me were dancing without any respect for themselves or for the others. They were not dancing for pure enjoyment but were launching ambiguous messages. A small voice inside me told me to go against the current and dance with dignity and out of love.

After a few hours, my friends suggested we go to another club. I trusted them since they were my friends, and so I accepted. In this other club it did not take long for me to realize where we had landed. The music was very loud, psychedelic lights pulsed to the rhythm, an acrid smell started to diffuse, and I was astonished. This was not a normal disco, and the girls prostituted themselves.

I was disappointed and angry. Without saying a word, I turned on my heel and left.  One of my friends came after me. He insulted me, saying I was slow in the head. I did not answer. After a few minutes, another one came, but this time he did not insult me, but said I was right. Lastly, another sneaked out of the club and also he said I was right. I was surprised. I had created a countercurrent chain. Without even speaking of the Christian ideals I believe in, or of God, the others had seen and understood.

A few months passed and I had completely forgotten that episode. One day, a boy, who had been with us that evening, came to me saying he regretted it and  would never again frequent that type of club. I was astonished. Evidently, Jesus was working on him.

This experience has helped me to see in a more radical way, the need to risk and say “no” to certain proposals of the world, because it is our testimony that strikes people, even though we are unaware of it.» (Yves, Cameroon)