You are in: Home > Spirituality > Chiara Lubich: Inauguration of Mariapolis Lieta

Your Excellency Jim Moriarty, Representatives of the various Churches,

County Representatives and all those who are working and contributing toward the realization of the little town, Ladies and Gentlemen,

Dear inhabitants of the Mariapolis Lieta,

Thanks first of all to Bishop Moriarty for blessing the little town.

Thanks to Lieta Betoño in heaven who, through her intense interior life, decisively contributed for thirty years to bringing the community of the Movement, present here, to the maturity of meriting the gift of a little town.

Thanks to Bruno Carrera, now in Australia, who, as co-director with Lieta, followed the Movement here with great commitment.

Today we are inaugurating the birth of a little town, the 33rd that has risen up or is being built in the Focolare Movement throughout the world. 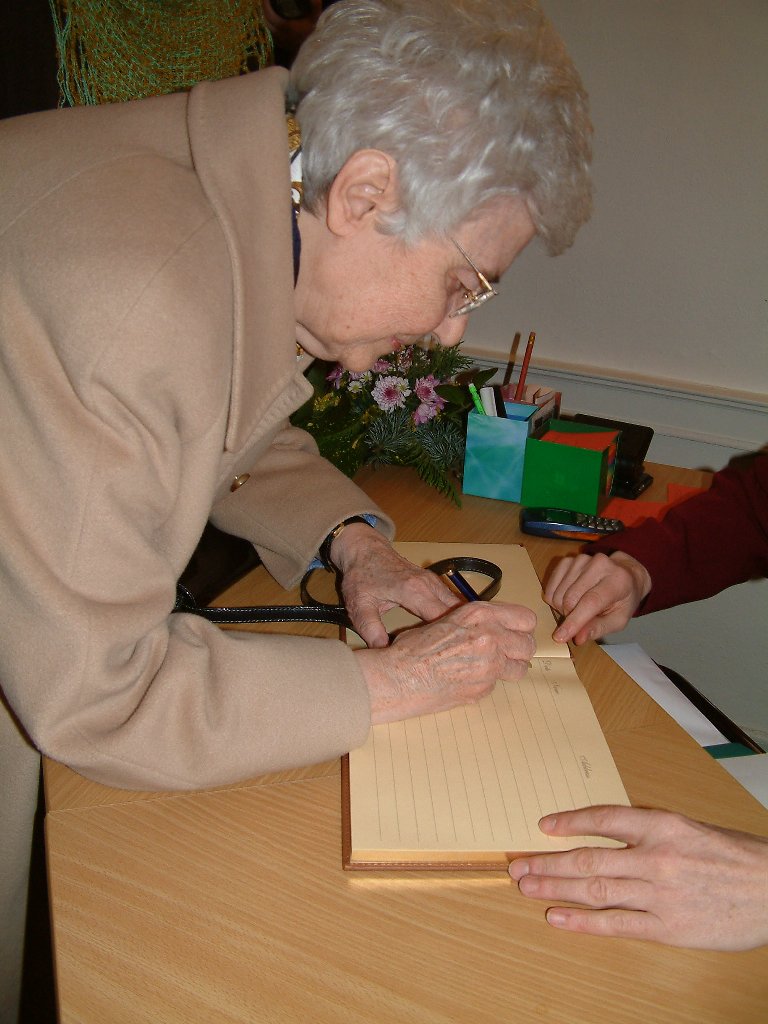 But what are these little towns and what is their purpose?

We can give some background, especially for those who may not be familiar with them.

A group of the Movement’s directors, who were in Switzerland during the summer of 1962, went to visit Einsiedeln, the charming little town which hosts that nation’s most famous shrine to Mary, entrusted to the Benedictines. It’s splendid!

During an outing we climbed up a hill that overlooked the main entrance and we realized that the large church was part of a larger complex which, beside the monastery, included a farm with fields, stalls for livestock and school buildings: it was one of the small towns dreamed of and founded by St. Benedict. It reflected his ideal: “Ora et labora”.

I remember that we admired, among other things, the way the saints, their Rules and their followers defied the centuries. We seemed to understand that also our Movement would have little towns, in conformity, of course, with the charism of unity given to us by the Holy Spirit, through which we would contribute with the Church to the realization of Jesus’ Testament. “May all be one”. It would enable us to enliven the reality of the mystical Body of Christ among us Christians, opening us also to universal brotherhood among all those for whom Jesus died: all men and women.

Ours would be a modern little town, with the main elements of a town: houses with families, schools for the members of all the vocations of the Movement, shops for their livelihood, meeting places, but also real and true businesses, and of course, the church.

The inhabitants of this little town would live that “spirituality of unity” which is both personal and communitarian. It too is modern. The Holy Father John Paul II called it the “spirituality of communion” and proposed it to all the Church in the Apostolic letter Novo millennio ineunte.

Now, decades later, beginning with the first little town that rose up inLoppiano,Italy, nearFlorence, in October 1964, we can say that these little towns exist, that they correspond to their vocation and the way we imagined them.

This is reflected also in the many names that have been given throughout the years, to those that are more or less complete and in operation: the little towns of the Gospel, of Life, on the Hilltop, School, Dialogue, Joy, of the Future, of Mary, Church.

Yes, the little town-Church, that Church which in the deepest sense is the Body of Christ, communion among its members and with its Head, an ideal which is becoming more and more a reality, day after day.

To the little town of Irelandwe gave the name “Lieta”, “Mariapolis Lieta”. I had announced this to her in a letter written right after her departure, which said: “Remember your sisters and brothers who are still pilgrims, now that you have reached the One you loved the most and have received the reward of your efforts: the splendid zone of Ireland which you contributed to building person after person, along with its latest flower: the ‘Mariapolis Radiosa’ which from now on can only be called ‘Mariapolis Lieta’.”

At the beginning of my talk I thanked some people and all those present for being here on this day.

Now we must express our thanks to Mary because she too certainly had a role in all that has been accomplished. Our Work is hers. “Work of Mary” is the other name of the Focolare Movement.

Mary is always present in all our small or large-scale events.

We’ll conclude then by asking for her blessing along with that of the Bishops present.