You are in: Home > People & Places > Ireland, Land of Rainbows 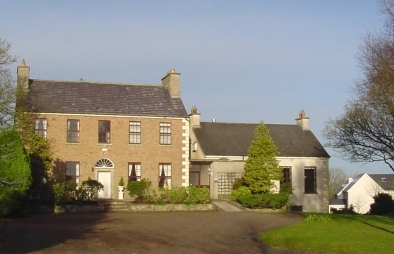 Curryhills (Prosperous, Kildare). A 360° dialogue about topics that are particularly dear to the hearts of the Irish: the future of the new generations, the crisis in the leadership, the fulfillment of the human person and the experience of failure, dialogue. And then deeper still, there is the soured relationship with the Church and her hierarchical institutions because of the scandal of abuse of minors.

We are here at Mariapolis Lieta, 35 km from Dublin. This is where Maria Voce, after having spoken at the Eucharistic Congress, together with Giancarlo Faletti, is meeting with a group of people who are close to the Focolare in Ireland. They are the persons responsible for various aspects of the Movement, around a hundred people from the community, the men and women focolarini. The first of three opportunities for experiencing that family atmosphere that is always so evident here in Ireland.

When posed with the inevitable question about the relatsionship with the Church, which because of the abuse scandals was given quite a painful and pervasive blow, Maria Voce responded by widening the horizon, and recalling to everyone’s mind the experience of Chiara Lubich.

During a time when the Focolare Movement was under study by the ecclesiastical authorities, and the charism given by the Holy Spirit was not “recognized”, Chiara had continued to consider the Church as her Mother, even during those years of very great personal suffering. “She had this childlike love, a filial love, which enabled her to accept even moments of suffering and to live them with trust, and to help all those who followed her to do the same, and so all of us as well.” She continued by drawing everyone’s attention to today: “We we feel this pain because we feel that we are sons and daughters. And everyone is hurt when they hear said that their mother is ugly, that she doesn’t understand, that she doesn’t know how to keep up with the times. We feel wounded in our very flesh, not in someone else’s flesh. And so as a family we suffer because of these defects, but we strive to heal them. I must make this “ugly thing” become beautiful, me through my own life. Staying inside the problem and not trying to run away from it.  Suffering together and living in such a way that she will be able to become more beautiful.”

Maria Voce’s invitation is to believe, with Chiara Lubich, that God is at work in His Church, beyond our inability to correspond. And copresident Giancarlo Faletti, reiterates: “Coming here we became even more aware of the great suffering this moment has been, because it is also our suffering. It’s something sacred. We feel the cry of Jesus Forsaken within us. In these errors, in these mistakes, it’s truly Him.” He Also suggested not believing everything that his transmitted by the communications media, but to do a serious study, and then work for the truth. “Perhaps the ideal of Unity has come to Ireland only for this,” he daringly stated. But “only by staying on the Cross will ever be capable of speaking the truth,” “reaching people’s hearts . . . bringing a thread of life in this very special moment.” “Even if traditional structures are shaking, this mustn’t frighten us,” Faletti concluded, “at most it should evidence the primacy of life, the need for communion.” 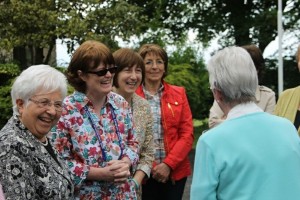 “During these days we are taking a journey together to understand how to be Church,” focolarino David Hickey states. “Today we have begun a discussion that we would like to bring ahead.” And focolarina Juanita Majury adds: “The participation by the Focolare at the Eucharistic Congress is linked to this reality of faith, the belief that we have something to say and to offer. We do it because we love the Church.” During these days Cardinal Marc Ouellet, Pontifical Legate at the Eucharistic Congress, has made a pilgrimage to an historic shrine on the Irish island of Lough Derg called, “St Patrick’s Purgatory”. For more than 1000 years it has been a place of reconciliation for countless pilgrims. On that island, Cardinal Ouellet met with a group of sexual abuse victims. He spoke to them and prayed with them: “I’ve come here with the specific intention of asking forgiveness,” he said during his homily. “I repeat what the Pope wrote in the letter to the Catholics of Ireland: “It is understandable that you find it hard to forgive or be reconciled with the Church . . . At the same time I ask you not to lose hope.”

The final question of the evening was along the same lines: Failing can be as constructive as succeding. What is the value of experiencing ones personal limitations? Maria Voce responds: “Woe to us if we think that we don’t make mistakes. The experience of making mistakes is good for us, and it helps us to understand the mistakes of others, and gives us the ability to love them. We obviously must avoid them, but without ever presuming that we will succeed. But we should never be discourage by them, otherwise that would mean that we didn’t place out trust in God’s love. Because we believe that he will be merciful to us in the measure that we have been merciful to others. Unlike ours, his mercy is infinite.” Recalling the carpet factories in Istanbul, she shared something she learned there: “The women who make the carpets always leave a little mistake in the design.” They do it as a metaphor of the human condition, the human being, a marvelous creature, but fragile and imperfect. It is this which allows us to experience God’s love that reaches far beyond our limits.