You are in: Home > Economy > Francis: Economy and communion 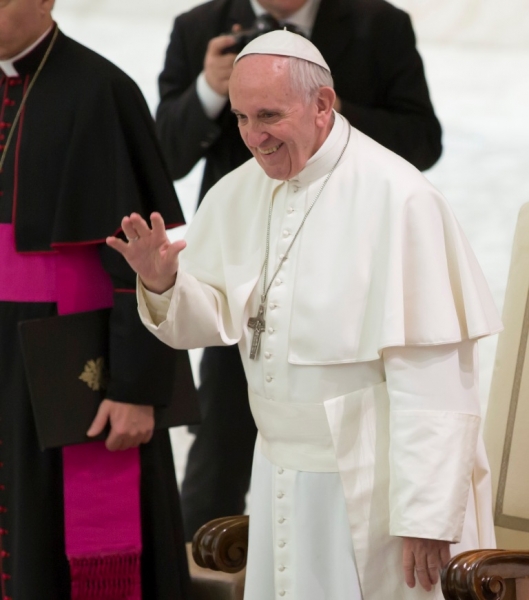 “Economy and communion. These are two words that contemporary culture keeps separate and often considers opposites. Two words that you have instead joined, accepting the invitation that Chiara Lubich offered you 25 years ago in Brazil, when, in the face of the scandal of inequality in the city of Sao Paulo, she asked entrepreneurs to become agents of communion”.

Pope Francis said these words in his welcoming speech to 1200 entrepreneurs, young people and scholars who came together to celebrate the 25 years of life of the Economy of Communion. In the opening sentence of his address he said that he was pleased to welcome representatives of a project “in which I have been genuinely interested for some time”.

“With your life you demonstrate that economy and communion become more beautiful when they are beside each other. Certainly the economy becomes more beautiful, but communion is also more beautiful, because the spiritual commnuion of hearts is even fuller when it becomes communion of goods, of talents, of profits”. 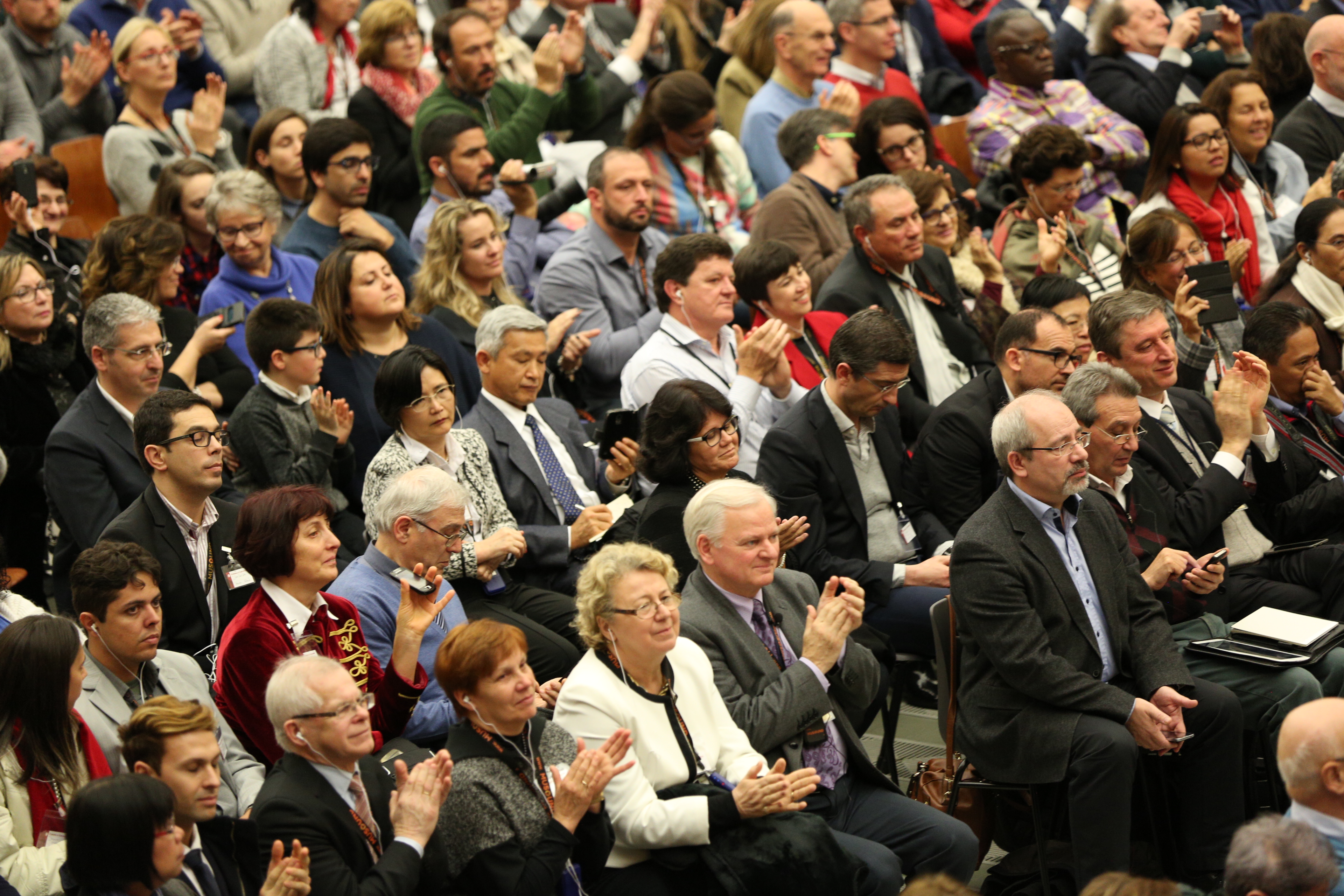 In his message to the extremely attentive gathering, Pope Francis expressed hope and recommendations on three main points.

The first concerns money. “It is very important that at the centre of the economy of communion there be the communion of your profits. The Economy of Communion is also the communion of profits, an expression of the communion of life”.  “Money”, he said “becomes an idol when it becomes the aim (…). It was Jesus who defined money as a ‘master’: ‘No man can serve two masters”. And he continued: “Thus, one understands the ethical and spiritual value of your choice to pool profits. The best and most practical way to avoid making an idol of money is to share it with others, above all with the poor (…). When you share and donate your profits, you are performing an act of lofty spirituality, saying to money through your deeds: you are not God, you are not lord, you are not master!”

The second concerns poverty. “The principal ethical dilemma of this capitalism is the creation of discarded people, then trying to hide them or make sure they are no longer seen (…). Aircraft pollute the atmosphere, but, with a small part of the cost of the ticket, they will plant trees to compensate for the damage created. Gambling companies finance campaigns to care for the pathological gamblers that they create. And the day that the weapons industry finances hospitals to care for the children mutilated by their bombs, the system will have reached its pinnacle. This is hypocrisy!”. Faced with this abominable situation “the Economy of Communion, if it wants to be faithful to its charism, must not only care for victims, but build a system where there are ever fewer victims, where, possibly, there may no longer be any. As long as the economy still produces one victim and there is still a single discarded person, communion has not yet been realized; the celebration of universal fraternity is not full”. 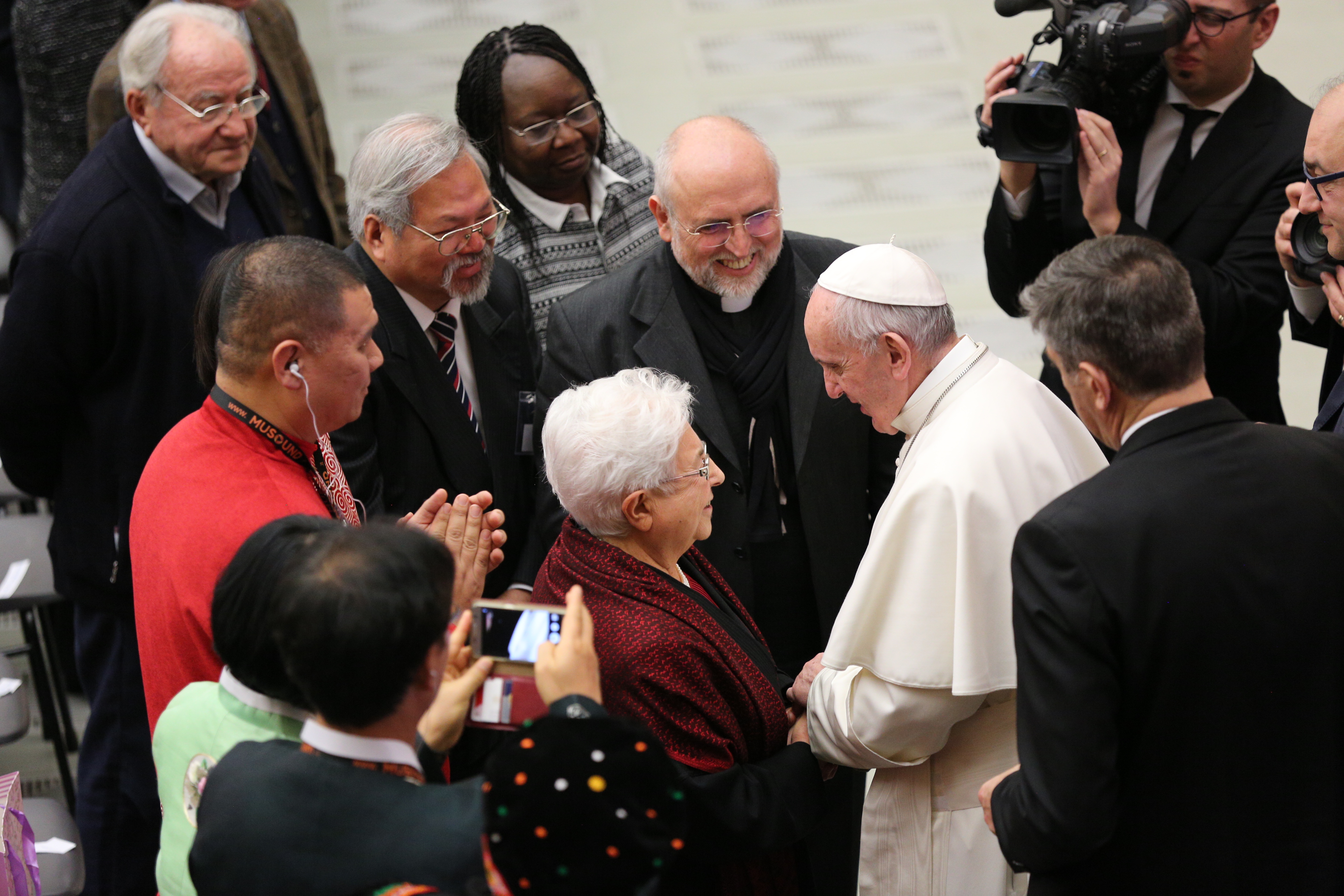 The third point concerns the future. «These 25 years of your history say that communion and business can exist and grow together” , an experience limited to a small number of businesses when compared to the world’s great capital, “but the changes in the order of the spirit and therefore of life are not linked to big numbers. The small flock, the lamp, a coin, a lamb, a pearl, salt, leaven: these are the images of the Kingdom we encounter in the Gospels (…). It is not necessary to be in a large group to change our life: suffice it that the sale and the leaven do not deteriorate (…). Salt does not do its job by increasing in quantity – instead too much salt makes the meal salty – but by saving its ‘spirit’, its quality”. While recalling the time  when there were no refrigerators and the mother dough was shared to make bread, the Pope encouraged the Economy of Communion entrepreneurs “not to lose the active ingredient, the ‘enzyme’ of communion”, by living “reciprocity”. “Communion is not only the sharing but also the multiplying goods, the creation of new bread, of new goods, of new Good with a capital ‘G’”. He invited those present to: “Give it to everyone, firstly to the poor and the young (…). Capitalism knows philanthropy, not communion”.

At the end of his speech Pope Francis said: “You already do these things. But you can share more profits in order to combat idolatry, change structures in order to prevent the creation of victims ‘ and discarded people; give more of your leaven so as to leaven the bread of many. May the ‘no’ to an economy that kills, become a ‘yes’ to an economy that lets live, because it shares, includes the poor, uses profits to create communion». «I hope you continue on your path, with courage, humilty, and joy…, continue to be the seed, salt and leaven of another economy: the economy of the Kingdom, where the rich know how to share their wealth, and the poor are called “blessed”.

This new awareness makes one look ahead with joy and a renewed commitment.