“Blessed are the peacemakers, for they will be called children of God.” (Mt 5:9)

The Gospel of Matthew was written by a Christian who came from a Jewish background of that era. It contains many expressions typical of Jewish culture and religious tradition.

In chapter 5, Jesus is presented as the new Moses, who goes up the mountain to announce the essence of God’s law: that is, the commandment of love. To give solemnity to this teaching, the Gospel tells us that he is seated, the position assumed by a teacher.

Furthermore, Jesus is also the first witness to the message that is announced. This is most evident when he proclaims the Beatitudes, the agenda of his whole life. They reveal the radical nature of Christian love, with its fruits of blessing and fullness of joy: true bliss.

In the Bible, peace — shalom in Hebrew — indicates the harmony with which a person lives in relation to God, to themselves and to their surroundings; it is still used as a greeting to wish someone the fullness of life. Peace is primarily a gift from God, but it also depends on us making it.

Of all the Beatitudes, this one resonates as the most active, inviting us to move away from an attitude of indifference and become builders of harmony, starting with ourselves and those around us, by using our intelligence, our hearts and our hands.

It calls for commitment to care for others and to heal personal and social wounds and traumas caused by selfishness. It encourages us to promote every effort that tries to achieve this goal.

Jesus, the Son of God, fulfilled his mission when he gave his life on the cross to reunite people with the Father and restore fraternity to the earth. Therefore, whoever is a peacemaker resembles Jesus and is recognized, like him, as a child of God.

Following in the footsteps of Jesus, we too can turn every day into a “day of peace”
by ending the small or big “wars” that are constantly fought around us. To make this dream come true, it is important to build networks of friendship and solidarity, to offer a helping hand but also to accept assistance.

“When we met, we had a really good relationship,” wrote Denise and Alessandro, a married couple. “We got married and, at the beginning, everything was fine. The birth of our children also helped.

“As time went by, difficulties began until there was no longer any form of dialogue between us, and everything was the subject of constant discussion and argument. We decided to stay together, but we kept making the same mistakes — there were always grudges and disagreements.

“One day, a couple of friends suggested that we participate in a course for couples in difficulty. We found not only competent and knowledgeable people, but a ‘family of families’ with whom we shared our problems. We were no longer alone!

“The light had returned, but it was only the first step. Once we were back home, we realized it was not going to be easy, and we still fail sometimes. What helps us is the commitment to start fresh each day, take care of each other and stay in touch with these new friends so we can move forward together.”

Focolare founder Chiara Lubich wrote in a commentary for the Word of Life in January 2004: “Peace, the peace of Jesus, asks us to have new hearts and eyes to love and regard everyone as a candidate for universal brotherhood.

“We might ask ourselves, does that include even those quarrelsome neighbors? Even those colleagues at work who are blocking my career? Even members of another political party or a rival football team? Even people of a different religion or nationality?

“Yes, everyone is my brother or sister. Peace starts right here — in the relationship I can establish with each of my neighbors.

“Focolare’s co-founder, Igino Giordani, wrote that evil is born from the human heart. He continued by stating that to remove the danger of war, it is necessary to remove the spirit of aggression, exploitation and selfishness, from which war comes, and to rebuild a conscience. The world will change if we change … especially if we highlight what unites us. We will be able to contribute to the creation of a mentality of peace and work together for the good of humanity ...

“It is love that wins in the end because it is stronger than anything. Let us try to live like this during this month, to be the leaven of a new culture of peace and justice. We will see a new humanity reborn in us and around us.” 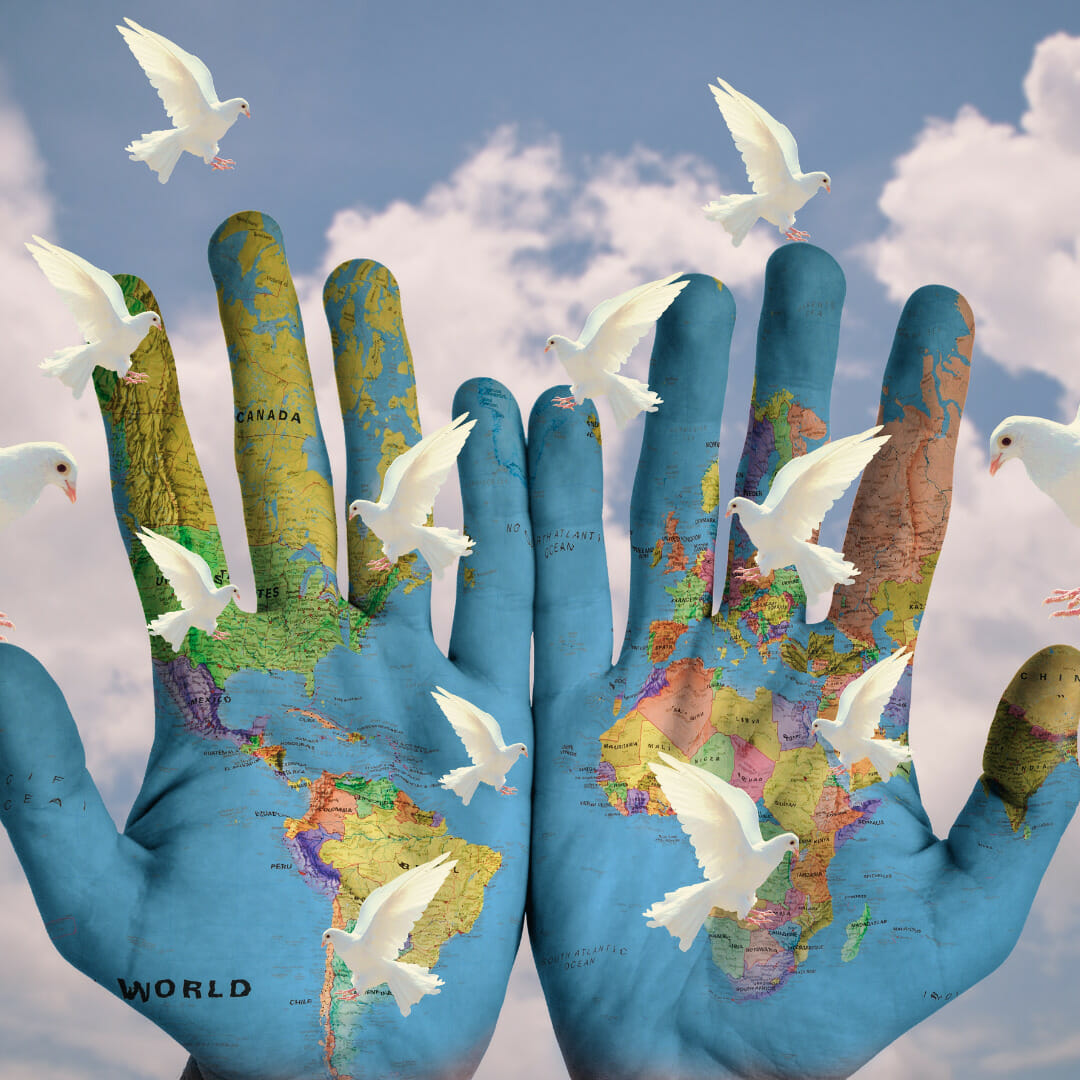