The Book of Deuteronomy is a collection of talks that Moses gave toward the end of his life. He reminded the younger generation of the laws the Lord had given to the people of Israel, while he himself could see from afar the Promised Land, which he had courageously guided them toward.
In this book, the “law” of God is presented as the “word” of a Father who takes care of all his children. It is a way of journeying through life that God has given his people, fulfilling the covenant he made with them. If the people observe the law faithfully, out of love and gratitude, more than out of fear of punishment, they will continue to enjoy God’s presence and protection.

The covenant is a gift from God. One practical way of fulfilling it is to be determined in the pursuit of justice. Believers keep the covenant not only when they are thankful to God for choosing them as his people and when they are faithful in worshiping him, but also when they refuse to take benefits that would cloud their conscience concerning the needs of the poor.

In daily life, we come across many situations of injustice, some of which are very serious. They affect people who are already vulnerable and those who live on the margins of society. There are so many “Cains” who act violently toward their brothers or sisters.
Eradicating unfairness and abuse is a basic demand of justice. This has to start with the attitude we have in our hearts and be lived out in all areas of our lives.

However, God does not do justice by destroying Cain. Instead, he wants to protect him so that he can resume his journey (cf. Gen 4:8-16). God’s justice is done by giving new life.
We Christians are people who have met Jesus. Through his words and deeds, and above all, by giving his life and through the light of the resurrection, Jesus shows us that God’s justice is found in his infinite love for all his children.
Through Jesus a path opens up before us, and we too can be merciful and forgiving: these attitudes are the foundations of social justice.

This verse of Scripture has been chosen to celebrate the Week of Prayer for Christian Unity 2019, which, in the northern hemisphere, runs January 18–25. If we too welcome this Word, we are actively involved in creating pathways to reconciliation among Christians. By putting ourselves at everyone’s service, we will effectively heal the wounds of injustice.

For several years now, Christians from various churches have had this experience when working together to help prisoners in the city of Palermo, Italy. Salvatore, who belongs to an evangelical association, first had the idea.
“I realized that these neighbors of ours had spiritual and human needs. Often their families were not able to help them. Trusting in God, I shared this with many brothers and sisters in my own church and other churches.”
Christine, from the Anglican Church, added: “Being able to help these neighbors in need makes us happy, because it shows God’s providence in real terms. God wants his love to reach them all, through us.”
Nunzia, who is Roman Catholic, said, “It seemed an opportunity to help neighbors in need and to witness to Jesus also with material things.”

This experience is a practical application of what Chiara Lubich spoke about in 1998, during an ecumenical meeting in the Evangelical Church of St. Anne in Augsburg, Germany.
“If we Christians take a look at our history,” she said, “we will be saddened to see that it has often been a succession of misunderstandings, quarrels and conflicts. Certainly it was due to historical, cultural, political, geographical and social circumstances, but also because Christians were lacking in what is their specific unifying feature: love.
Efforts in the field of ecumenism will be fruitful in so far as those who dedicate themselves to it see in Jesus crucified and forsaken, who re-abandons himself to the Father, the key to understanding every disunity and to re-establishing unity …
“When unity is put into practice, it has an effect … It is the presence of Jesus among people, in the community. Jesus said, ‘For where two or three are gathered in my name, I am there among them’ (Mt 18:20).
“The presence of Jesus therefore between a Catholic and an Evangelical who live mutual love, between an Anglican and an Orthodox, between an Armenian and a Reformed Christian. How much peace it would bring even now, how much light it would provide or generate for a productive ecumenical journey!” 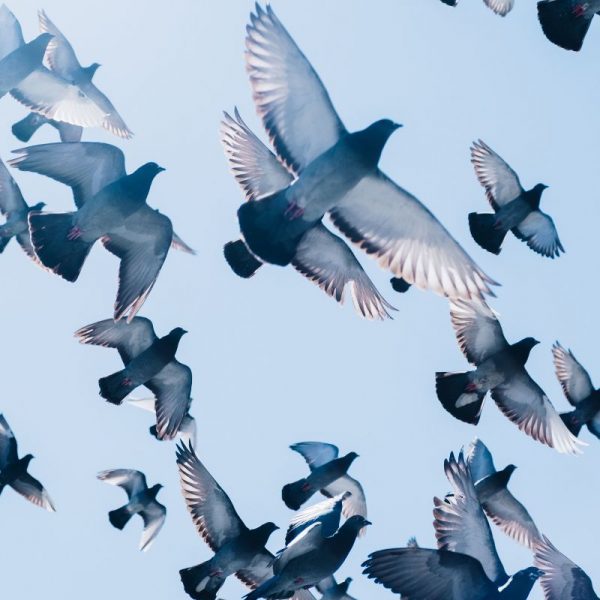