In Memory of Chiara on the Shores of the Bosphorus 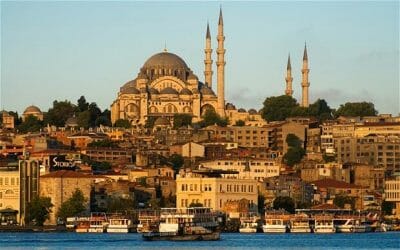 Istanbul: Patriarch Bartholomew does the honours in the Orthodox church of Aya Strati Taksiarhi, at an event involving more than a hundred representatives from the Orthodox and Catholic world, marking the 7th anniversary of Focolare foundress, Chiara Lubich. Attendees included the Metropolitans Ireneos, Apostolos and Elpidophoros; two Archimendrites, Father Vangeli who translated the books from Greek into Turk; and the Great Archimendrite Vissarion. Also attending: Armenian Catholic Archbishop, Levon Zekiyan and the Catholic Bishop, Louis Palâtre, as well as many others. The books were presented by Maria Caterina Atzori, linguist from the Focolare’s Centre for Studies who translated the books into Greek. The moderator was journalist Nikos Papachristou from Athens.

“During the course of the centuries, the divine epiphany of the Lord has been manifested in many ways, so that the human family could understand the things of God,” the Patriarch exhorted, after he opened the event with a prayer for Chiara, and intoning the hymn to the Holy Spirit. “He has never tired of raising up holy men and holy women who, through their example, with their love founded on divine philanthropy, and with their word inspired by the Holy Spirit, have continually solicited a metanoia, a conversion of heart for the whole of suffering humanity.” 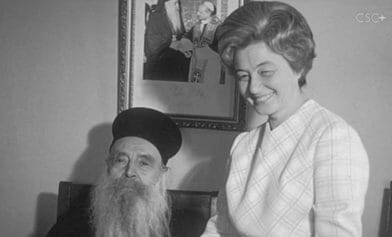 In his speech, he described the spiritual figure of Chiara, beginning with his direct testimony as an eye witness of the encounters between Chiara and Patriarch Athenagoras: “How could one not embrace the Wisdom of God in the blessed work that our sister Chiara has offered to our Churches, to our societies and to all people of good will? She whom our beloved Predecessor (. . .) lovingly called Tecla, the disciple of Paul, the woman who is equal to the Apostles.”

Then he outlined the salient points of the path of spirituality that she opened in the Church and beyond: “Gentle Chiara had answered God’s call, being totally conformed to her Master, but especially allowing herself to be made into a vessel that offers salvation, in order to bring all to Christ. Her life was spent in finding paths of encounter and dialogue with everyone, distinguished by a profound respect for every culture in which she knew how to conduct a journey of encounter, mutual understanding and mutual collaboration.”

“Chiara Lubich began her life journey, dedicated to the Lord, in the suffering of war. In this suffering she lived the Jesus Crucified and Forsaken, and understood that there is no Resurrection without passing through the downfall. And the suffering of Christ became her personal suffering, but never despair.”

“Her life was characterised by a zeal for Holy Scripture which, in her, became founding Word, living and exhilarating. She lived the Lord’s commandment to its depths: “As I have loved you, you should also love one another” (Jn 13:34). To the point of infecting countless people with this love, different among themselves, but united in a concrete ideal of communion. 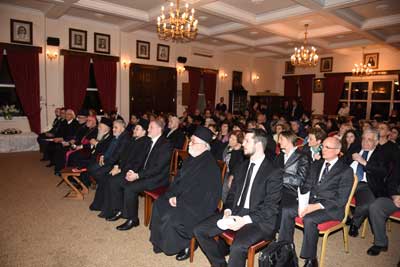 Chiara was ever faithful to her Church. And in this conviction, she felt the drama of the division, of the impossibility to receive from the same Chalice.

Perceiving the cry of suffering because of the laceration, she offered herself entirely for the charism of unity, becoming its instrument in the hands of God in meeting the heads of Churches and simple faithful. But she did not stop there: she sought, urged and invited us to find new paths of communion.”

“Chiara had a totally particular love for the Holy and Divine Eucharist of the Lord. In the Eucharist she perceived the gift of love from the One who was offered once for all, to draw man to himself. We can say that in her a Eucharistic conscience of unity was formed.” “There is still another aspect that we can see in the work of Chiara: the Unity of the Trinity, through the Eucharist, passes into the family (. . .) The place where mutual love can shine, which joins its members in a totally natural way (. . .) And in this context, the unity of the human family can be glimpsed in all of its aspects, in the society, in politics, in economy, in respect for the work of God for each one of us singularly and in all of His marvelous creation. The message and work of Chiara, therefore, turn out to be ever timely, especially with regards to the global context in which we are living.”

Hence, “the gift that the Focolare Movement today offers in presenting Chiara Lubich in the Greek language is particularly appreciated. We welcome it as a gift amongst brothers and sisters, which will surely be appreciated also by the Greek public. To the Greek-Orthodox faithful this wondrous message of unity and love!”

In conclusion, he turned directly to Chiara that she might intercede “so that the dawn of a new day for this wounded humanity might soon dawn, and that the sentiments for which she had spent her entire life, would produce abundant fruits, wherever today we do not find anything but darkness and bloody martyrdom.”