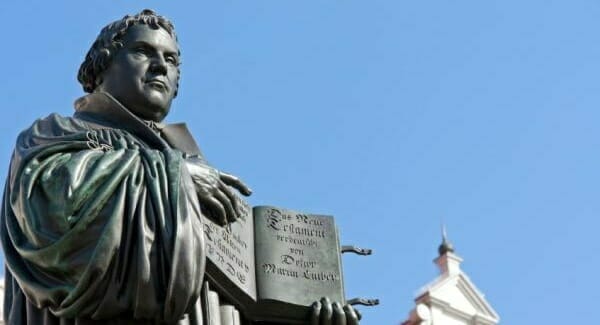 It was in a spirit of ecumenism that 80 Christians from different denominations gathered on September 12th in the German town of Zwochau.

During her visit to Zwochau in 2013, on behalf of the Movement Maria Voce expressed the desire to know Martin Luther better and also the faithful of the Lutheran Church. More recently, because of an exchange of letters last May between Cardinal Marx, president of the German Catholic Bishops Conference and Bishop Bedford Strohm, Chairman of the Evangelische Kirche in Deutschland (EKD), the idea was put forward of promoting more cooperation between Christian confessions in view of the 500th anniversary of the Reformation that will be celebrated in 2017.

There were two points for reflection. The first, given by Lutheran theologian Florian Zobel, focused on Luther and his life, highlighting several little known aspects, and concluded with the words of Pope Benedict XVI: “For Luther theology was not an academic issue, but the interior struggle with himself. […] The question: ‘Where does God stand in relation to me? How do I stand before God?’ […] I think that this is the first summons we should hear from Luther.”

The second point presented by Catholic theologian and researcher on Luther, Hubertus Blaumeiser, focused on the spirituality of the reformer monk and, in particular, the “theology of the cross” and the meaning of “Reform” that followed: “Not merely a transformation, a change or improvement in accordance with one’s personal plans,” he said, “but a new beginning, starting from the roots; that is, the return to the Scripture, […] to the Gospel of God’s grace and to the new choice of a life with, for and through the Crucified Christ.”

In the afternoon a roundtable was held, moderated by Hermann Schweers and Lutheran pastor, Axel Meissner of Schkeuditz, and Emeritus Bishop Joachim Reinelt of Dresda. There were numerous interventions from the audience that touched upon topics such as the importance of the ecumenical effort in a society of non-believers, and the meaning of the Reform for today’s world. The day concluded with an ecumenical celebration. 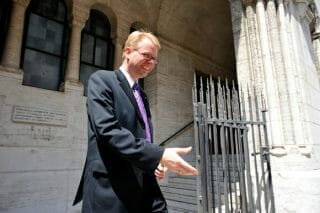 Also in Italy, the ecumenical journey is by no means at a standstill. Pope Francis will visit the Church of Christ – “home” to the Lutherans of Rome – on November 15th, and will be welcomed by Pastor Jens-Martin Kruse who, during an interview for the SIR news agency, described the Pope as “Our bishop. Not in any juridical sense, but in a symbolic sense. We Lutherans of Rome have always felt very close to the Popes. Also in this moment, so difficult for the world, in my opinon, the Pope is the spokesman of the Christians.”