Multiplying Spaces of Encounter and Communion 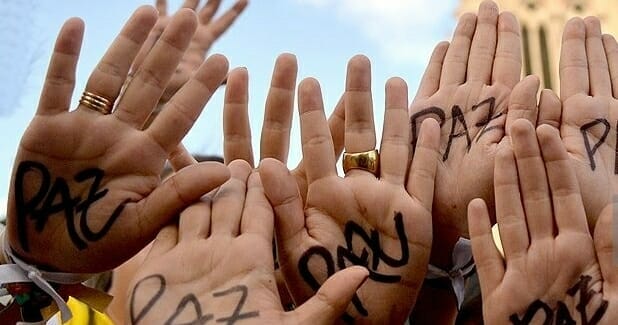 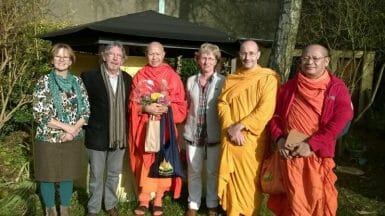 In the face of the dramatic events that took place in Paris and in many other parts of the world, “the Focolare Movement, while it weeps with those who weep, continues to believe in the path of dialogue, of acceptance and of respect for the other, whoever that may be and from whatever provenance, religious belief, and ethnicity,” Focolare president Maria Voce stated on the day after the attacks in the French capital.

The Focolare, together with those with different responsibilities who work for peace even at personal risk, renews its commitment to intensify and multiply acts and gestures of reconciliation, spaces for dialogue and communion, opportunities for encounter and sharing at all levels and in all parts of the world to embrace the cry of humanity and transform it into new hope.” 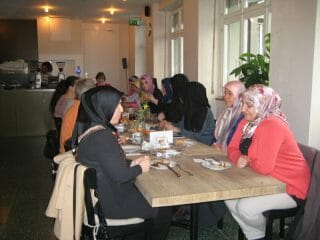 A variety of personal and collective initiatives are currently underway. In France, there was the woman from Paris who paid a visit to a Moroccan store owner and to an Algerian pharmacist to renew their friendship; the couple from Vendée who support local associations that welcome immigrants, involved in the Islamic-Christian Friends Group (GAIC) in Mulhouse; in Alsace, which has intensified its involvement in the Interreligious Week that is taking place in November; a parish priest from the Paris suburb, who wrote a common declaration of peace with Muslims from his quarter; the active participation in the interreligious festival Vivre ensemble à Cannes that was awarded the Chiara Lubich Fraternity Prize; the shared organizing of the 2cnd edition of “Muslims and Christians together with Mary” planned for April 2, 2016 at the Basilica of Longpont, Essone. In Italy, everyone is being invited to get out and meet the Muslim world that lives on Italian soil, striving to build bridges, to create relationships, to work together in concrete projects for peace. In some cities these relationships have been in place for quite a while and have already borne the fruits of brotherhood.

In Great Britain a prayer chain was begun for the victims of the tragedy, asking God to make them “instruments for bringing unity into their local environments.” In Ireland an evening event was held to acquaint people with the Syrian culture in view of welcoming the refugees. In Switzerland Muslim and Christian women meet every two months to share their faith. In Lugano there was an intense sharing with Imam Samir Jelassi. In Meiningen, Austria, a few days before the attack, 150 people gathered with Cenap Aydin, Director of the Tevere Institute in Rome, Italy, and Dr. Siebenrock from the University of Innsbruck, from a study group of Muslim theologians from Iran, Tunisia, Algeria and Turkey, and with Catholic theologians. In Augsburg, Germany, there was the “7 On the Dot – Augsburg Prays For Peace,” every evening at seven o’clock in one of the largest churches in the city – once in the Catholic church, once in the Lutheran church. One refugee, one expert or representative from an NGO would describe the situation of a country under siege. There was also a peace march in Loppiano, Italy and a public rally in Bahia Blanca Square in Argentina without national flags or party banners.

In California a benefit dinner was held to gather funds in support of refugees, preceded by a moment of prayer for the victims of the terrorist attacks in Paris and Beirut, and a presentation of the United World Project. On November 14th in Honduras there was a peace march organized by the Focolare Movement in solidarity with Syria which gathered people from several youth movements with a message of unity and dialogue. Luigi Butori writes from Asia: “I think of the dead from the daily attacks in southern Thailand, of the Rohingya refugees. I think of the Muslim friends at the mosque in Chiang Mai. I think of Mae Sot where refugees continue to arrive from Myanmar in search of a better life.”

He recalled Chiara Lubich’s invitation in 1980: “If there is a mosque, a synagogue or some other non-Christian place of worship in your city, know that that is your place. Find a way to be in contact with those faithful, to establish a dialogue.” Her words “urge us to create a relationship with those who do not share our faith: an authentic relationship, a deep relationship – because the other is the face of God for me.” In Egypt the Living Peace Project moves forward, a peace education project that began in Cairo and has now spread around the world involving hundreds of schools and thousands of students, and was awarded the New Humanity NGO’s 2015 Luxembourg Peace Prize.

The world of art also offered its contribution: God weeps with us is the title of a painting by Michel Pochet, a French artist who painted it in response to the Paris terrorist attacks. On November 21st in Belgium a concert was given by a mixed choir of Muslims and Christians titled: “Fraternité en chœurs”, a play on the word “choirs” and “hearts.”