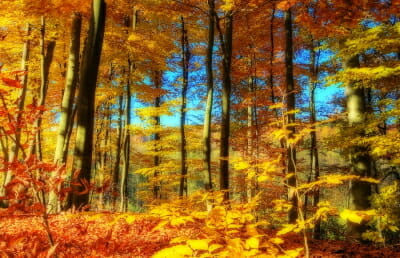 Just as Jesus had immediately inserted himself into the sub-layer of society by being born in a stable amongst the homeless, the refugees, the banished; so too, by allowing himself to be crucified and abandoned, he stood in the midst of the massive crowd of all those who suffer: the oppressed, the discouraged, the hungry and the defeated of every age. His focus on all those in misery gives humankind the measure of his love, and was nothing but the logical consequence of having completely fit himself into humanity’s brokenness. It was his way to make himself the last, the vilest of creatures, the most degraded – the way for to be at the root of all misery, a root that raises to Heaven.

Infinity empties itself out of love. He had created the universe, developed and ruled it. The universe represents the production of something of boundless grandeur, somehow proportionate to the greatness of his mind, a world made of worlds, one more wondrous than the next. And humankind – tiny creatures on one small planet – after centuries of studying has only a minuscule idea of all that the universe contains: with stars that in our galaxy alone are four light-years apart and from the edges of the galaxy to its centre span a distance of 30 light-years which they can cover back and forth only 1,500 times in a billion years.

In this universe that is infinitely too great for the human mind to fathom, he had also taken note of the misery of the human organisms on planet earth, and emptied himself in order to become one of them. He helped them to the point of giving them the Gospel and his very Self in the form of Food.

The Redemption re-establishes the design of Creation, which includes that the existence of the stars and the atoms of the universe and the creatures of earth be in constant harmony for the realization of unity. This is why the Creator breathed into it the breath of life that is love. Health, peace and welfare flower in accordance with this precept.