500 Years of the Lutheran Reformation Commemorated in Sweden 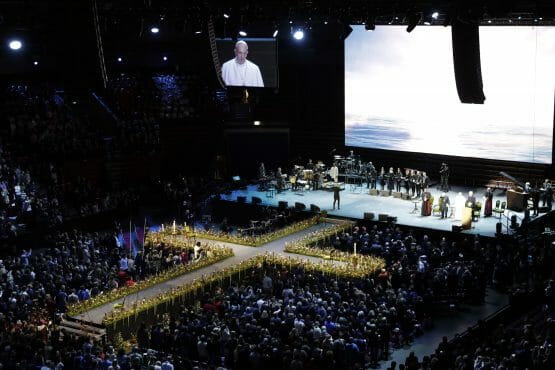 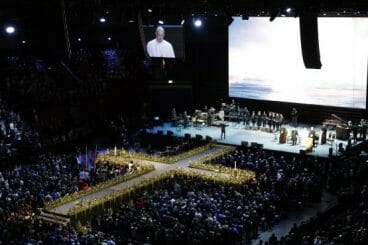 The fact is that the success of the 500th Anniversary of the Lutheran Reform went beyond every expectation. “Christ wants us to be one so that the world may believe,” Lutherans and Catholics proclaimed, convinced that “their way of relating with one another does have an effect on their witness to the Gospel.”

The Declaration looks to the future and to daily life: moving beyond ourselves, our communities, our churches, to take action together “in service, in defence of human dignity and human rights, especially of the poor, working for justice and rejecting all forms of violence.” They agreed to work together “in welcoming the stranger and helping all those who have had to flee from war and persecution, to defend the rights of refugees and those seeking asylum.” They agreed to work together for the protection of Creation “that suffers from exploitation and the effects of insatiable greed.” The Declaration became global in its final appeal to Catholics and Lutherans of the whole world that “in every parish and Lutheran and Catholic community” they might be “courageous and creative,” completely forgetting conflicts of the past so that “the unity among us might guide our collaboration and deepen our solidarity.”

The Lutheran Reform in Sweden was introduced for simply political reasons. King Gustav Vasa took control of the Church, and it was only in the year 2000 that the separation between Church and State took place. Over the course of the centuries Lutheranism acquired many characteristics that were then had a reflection on nations.

But beyond the history of individual nations, today are witnessing the “Unity Reform” that is overwhelmingly desired by both the Catholic and Lutheran Church. This reform is also destined to become part of popular culture. It is founded on 5 commitments:

2) to allow ourselves to be continually transformed by the encounter with the other;

4) to rediscover the power of the Gospel;

5) to offer a common witness to God’s mercy.

Such commitments enable us to bear witness to the beauty of being Christians in diversity, because of the fact that what unites us is much more than what divides us. This has always been the guiding belief behind the long friendship between the Focolare and the Lutherans. Antje Jackelen, the first woman archbishop of the Lutheran Church of Sweden was interviewed by us regarding the contribution of the movements. She said that “they are ecumenical in their very design, so that with them any prejudices have already been beaten.” She also said that this week’s event “is also the result of 50 years of dialoguing and working together.”

That afternoon at Malmö Arena in front of a crowd of 10.000 people, Pranita from India, Hector Fabio from Colombia, Marguerite from Burundi, Rose from South Sudan and Antoine from Syria shared their testimonies. They were able to demonstrate more than a thousand speeches the collaboration among the Churches through common efforts for the protection of Creation, social justice, children, the poor, farm workers and the victim of war. The Pope concluded: “These stories inspire us and give new motivation to our desire to be always more united. When we return home let’s take with us the commitment to do one act of peace and reconciliation each day, in order to be courageous and faithful witnesses of Christian hope.”