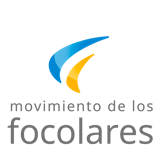 Lo sentimos, pero este artìculo todavía no està disponible en español For the sake of viewer convenience, the content is shown below in the alternative language. You may click the link to switch the active language.

He was waiting for her at the lift and as soon as she arrived she was greeted with great warmth and affection by Mons Julian Carròn at the Sacred Heart Institute in the Lambrate area of Milan. It was in the church of this institute that the mortuary chapel for Don Luigi Giussani was prepared after his death on 22 February 2005.

Called to Milan by the founder in September 2004, the Spanish priest, who had just turned 60, was appointed President by the Central Diaconate of the Fraternity of Communion and Liberation on 19 March 2005. On 8 March 2008 his appointment was confirmed for a further six years.

They hadn’t seen each other since October 2008, when they had both been invited by Benedict XVI to participate at the Synod of Bishops on the Word of God. The President of the Focolare was in Milan for the Ambrosian celebration of the second anniversary of the death of Chiara Lubich, and wanted to meet with the leader of CL. At the end of the meeting they were happy to answer the same questions.

INTERVIEW: A meeting between presidents of movements is always important. What was the special significance of today’s meeting?

CARRÒN: ‘It’s great to have the opportunity to acknowledge that the thing that unites us more than anything else is gratitude for our faith, for our charisms that make us live much more intensely, and for the companionship we give each other in living our own charism in order to reach fulfilment in life. In this way, each one living according to the way the Lord has called us, we can make our particular contribution to serving the church.’

VOCE: ‘There was a special experience of communion between our charisms today. That same communion that united Chiara and Don Giussani and goes back to that historic meeting of movements convened by John Paul II in Rome in 1998. That meeting gave us great joy because it showed two charisms that were different but both working to build communion in the Church at all levels. To acknowledge this together and to rejoice in the works of the other is very important. Today more than ever.’

Your presidency has a unique and historic characteristic: you are the first successors of your respective founders. Have you felt at all crushed by the legacy you have been left?

CARRÒN: ‘ I am more and more aware that the work is somebody else’s. I try very simply to serve this work in the best way possible with my characteristics, which are different to Don Giussani’s.’
VOCE: ‘The work is God’s work, and in order to build the Focolare Movement God used a unique creature, Chiara. Though she has now left this work behind God continues to take it ahead through the inspiration we continue to receive from her through her spirituality, her writings, the example of her life, just as Mons Carròn can say about Don Giussani. The work of God is entrusted to us in this moment, but – as we were just saying – it is God who has entrusted it to us and we try to carry out this role as the first successors as best we can.’

How do you cope with the inevitable comparisons that are made with your own founders that can happen even within your own movements?

CARRÒN: ‘There can be no comparison, because the grace which Don Giussani and Chiara had was theirs alone. We are ‘graced’ and therefore thankful to be able to participate in a grace that has generated us as well. So, in the measure in which we live the desire to be constantly generated, we can collaborate with the continuity of our respective charisms.’
VOCE: ‘It is a delicate moment, because we know that we shouldn’t make comparisons. Others may do so but they are comparisons which are not real; because one is the founder, someone who has been given a charism by God, and the others are followers who take ahead what the charism has brought to life, always thankful to the gift of God of which they are also children.’

What are the risks for a movement after the death of its founder?

VOCE: ‘I see a double risk. One is to remain entrenched in something which was necessarily linked to the period of foundation without facing the different situation of humanity, the new challenges, or to try to respond with Chiara to these challenges but in a way not in keeping with history: on the other hand the desire for change which we all have – which is a desire for life – could risk looking at the past as something that should be archived. In this sense the period of the post-founder generation is particularly critical, because it has to witness that we can’t have something new without continuity, that the changes must include and express all the past, of which we are children.’

CARRÒN: ‘Don Giussani used to say: ‘We are often linked to a “how” but not a “what”.’ Obviously each one met the charism through a “how”. Through people, faces, situations. But because of the historic nature of Christianity this “how” has to change. The “how” changes but not the “what”, not the content of what we have met.’

In what way is the Focolare experience particularly relevant to people of our day?

VOCE: ‘Our modern world is so fragmented and disjointed, contacts are countless, and the means of communications allow previously unimaginable possibilities of linking up with others. Yet these contacts often become ever more meaningless, partial and fleeting. This is contrary to what the human heart actually needs which is to feel linked to other hearts. I think that the witness of reciprocal love, of communion, that Christians are able to give is what can give back meaning to the people around us, can help us perceive the beauty of these bonds, which can become lasting and lead to real relationships.’

VOCE: ‘What is needed is supernatural love, which is capable of accepting the other person as he or she is, of not expecting anything, of going beyond thousands of distinctions and differences which mankind displays. I believe that in this sense the movements, precisely because they operate in close contact with all kinds of people in the world, bring such a witness and give back hope. Hope is what mankind needs most today. It is not irrelevant that the Pope has written an encyclical on hope. It seems to me that the movements can be a prophetic sign of hope – each one with its own charism and in communion with the other charisms.

CARRÒN: ‘More and more we are facing a situation where human nature is diminished – in fact they speak of an educational emergency – in which the obstacles to a human person and his creativity, his desire for learning and developing, are being multiplied. In this context Don Giussani invites us to appeal to what is most genuine in the human person – the heart, the life experience – which will be more and more crucial because, regrettably, as we can see, the tradition of the Church is waning. Therefore we have to appeal to that which no power can take away from a human being, the desire for happiness, the need for beauty and justice.’

So what do you aim for?

CARRÒN: ‘The real challenge that faces us today is that of living our Christian experience in such an appealing way that the hearts of others may be struck and may recognize in that attraction the offer of the possibility of living life more intensely and for making the Christian faith more rational.’