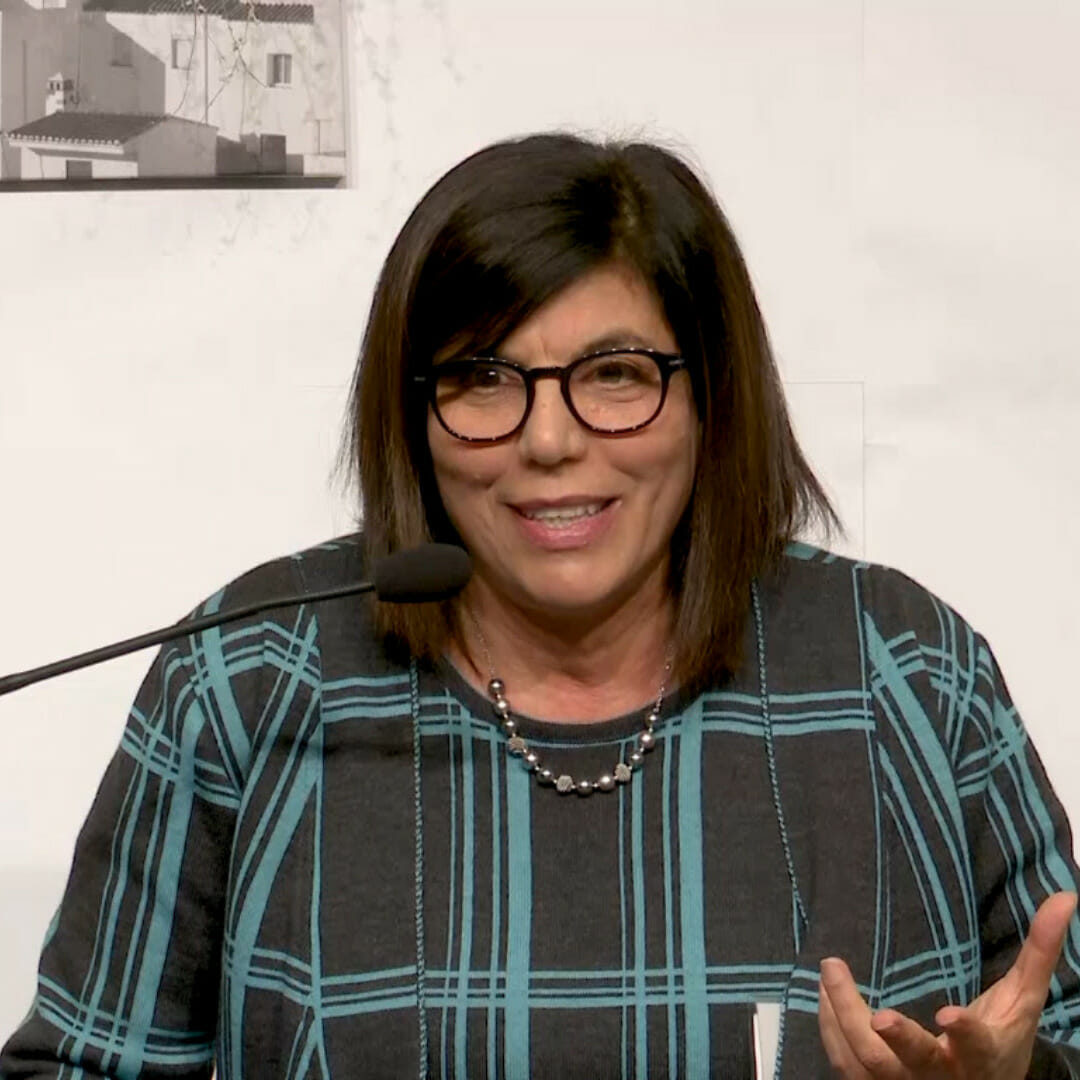 Face to face with the President of the Focolare

From 4th – 7th December, in nearly every part of the world, the focolarini had their annual retreats. In certain moments, they were able to link up with the Mariapolis Center in Castelgandolfo, where there was a retreat being held with a small number of people because of the restrictions due to Covid-19. One of these moments was on 4th December, with President Margaret Karram, in which she spontaneously answered questions. Here is an excerpt of her answer to a question about service, referring to what she underlined a year ago, just after she was chosen to lead the Focolare Movement.

“(…) What you said about service is very simple for me, in the sense that above all, it means living out the words of the Gospel. Service is what Jesus told us to do: "Let the one who is first among you be your servant". Another phrase: "We are useless and unfaithful servants".

I was trying to live this out, when there was the meeting the Pope had with various Church Movements, when the new decree[1] was published. The Pope spoke a lot about service and emphasized that to govern is to serve. For me it was a confirmation that this is what we have to put into practice in these coming years. First of all because it is the Gospel, but also because I felt that if we want to live Chiara's charism, we have to bear witness that whoever has a responsibility in the Movement, whatever it may be, is at the service of others and that we have a lot to learn from each other. If we do this, we will really see much fruit because we will give witness that above all we are brothers and sisters.

Then, of course, whoever has a responsibility has a grace, we cannot deny this, but a grace in which this gratuitousness of love comes to the fore, because the servant expects nothing, he or she serves, loves gratuitously and is always ready to serve.

This was my wish: that in the whole world, in all our relationships, in everything we do, we can be these servants, like Jesus, towards all our brothers and sisters, whoever they might be, to show this closeness and to know who we are serving: it is above all Jesus in every brother and sister and out of love for Him we serve everyone.

That's why I said that it could be the key phrase for these five years: that whatever governance there is in the Movement, whatever we do at the Centre for the benefit of the zones, might really be at the service of all.

On synodality, I had a wonderful experience at the opening of the Synod, over two days (9th-10th October). (…) The first day we had this experience: apart from the speeches we heard, there were workshops in the afternoon. I was in an English-speaking group with a Cardinal, a Bishop, a priest, four or five young people from different parts of the world, and I was representing a Movement. So, there was a people of God made up of various ecclesial realities in the world, with very enthusiastic young people and we had to do an exercise for two hours.

Every time we spoke, we had three minutes to say what we thought, and how we are living out the Synod wherever we are. First, we had to listen to each other and I must confess that in the first round it wasn’t easy for me,  because I tried to listen, but I was worried about what I was going say. So, when my turn came, I said what I had to say. Then when this round was over, I thought now we will move on to another question. Instead, they stopped us and said: "Now let's have a moment’s silence and each of us can think about whether what we heard from the others has changed our point of view and if we have something else to say". So, we started again and we did this four times, for two hours. Each time we did another complete round and each of us had only three minutes.

For me it was a very powerful experience because I said: this is synodality, that deep listening in which you listen to the other without worrying about what you are going to say. Not only that, we tried to be open to ideas that can be so different, from another culture, that you would never have thought of and that can become part of you and you can change your own idea because you have listened to others.

At the end we thanked each other, because we had spent two wonderful hours with people we had never met before. As I left, I said to myself: basically, this is what Chiara has always taught us: to become more deeply one, to listen more deeply, to keep Jesus in the midst so that we can live each in the other and find the idea that comes from unity, from Jesus among us. For this reason, it revived in me what the charism asks of us and I thought, this is the greatest contribution we can make as Focolare Movement to this period of preparation for the Synod. But doing it seriously, because for me it was a conversion , that changed me, because there were things that I would not have said but that could be essential points for a synodal journey. But in listening to everyone, something changed within me.

And we who have this vocation should really live it even more, not so much to be “good” but to bear witness.”