You are in: Home > About us 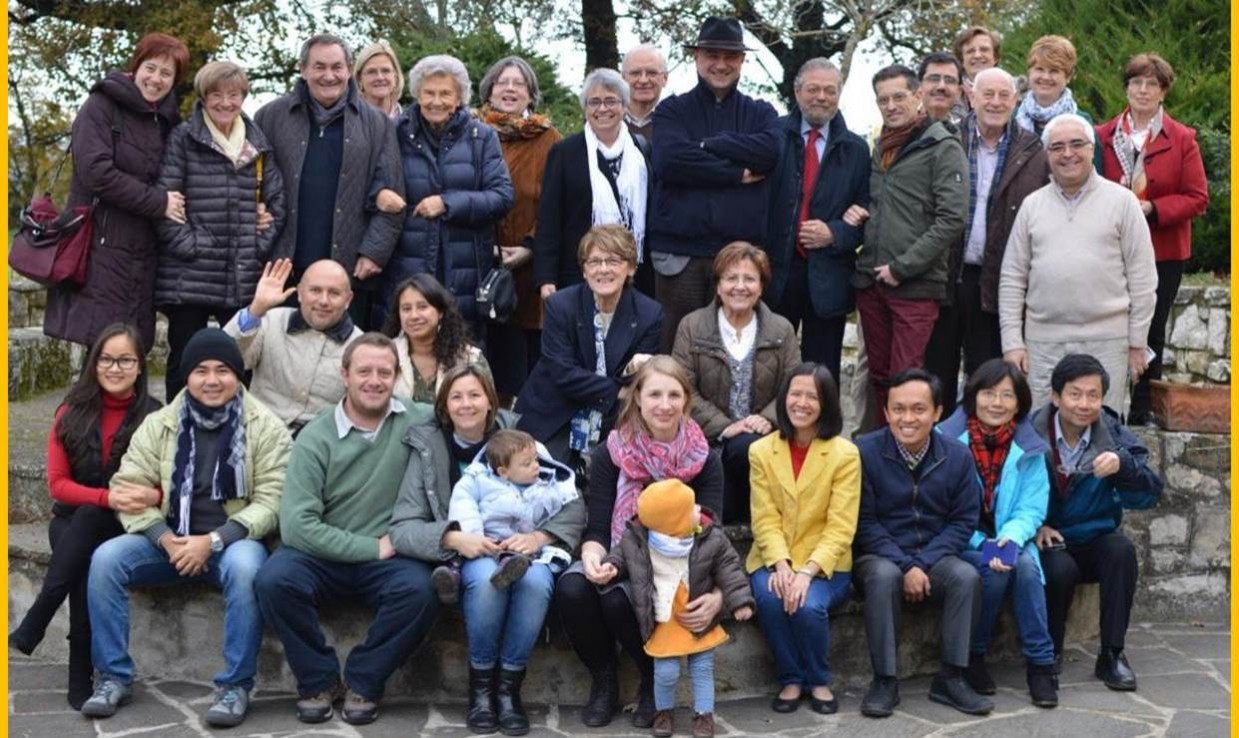 The New Families Movement, one of the movements within the Focolare Movement, developed in 1967. It is made up of families who try to live the Spirituality of Unity and spread to other families values which work towards universal brotherhood.

New Families provides a range of activities: formation activities for both established families and engaged couples, special care for: couples in crisis, widows, separated couples and unmarried couples. We are committed to supporting the culture of family life as well as political policies to support families. To this end we engage in meetings, publications and work together with a range of agencies.

Our style of life is rooted in the Gospel lived out in all aspects of family life and commitment on a local level: the relationship within the couple, upbringing of children, building a constructive rapport with other families and involvement with cultural, ecclesial and civil realities.

Since the beginning Chiara Lubich – with the precious contribution of Igino Giordani, Italian writer, politician and first married focolarino – spoke strongly of the beauty of the design of God on marriage, underlining the importance of the educational role parents have and the social action of the family itself. ‘I believe that the charism of unity, grafted onto the institution of marriage, will accomplish a greater masterpiece than we realise.’ Chiara Lubich confided in a talk in 1974.

To attain this she always implored couples to love one another and yet to always look out to families in difficulty, divided or widowed as well as to children who have been abandoned and all situations of marginalisation.

In her historic talk founding New Families on July 19th 1967 she set a task for the families present: ‘In front of you, I see the face of Jesus who looks at the world and seeing the crowds has pity on them. I say this because this portion of the world which rests on your shoulders is the most broken, it is most like Christ in his abandonment. However it is the same Jesus that must, through your eyes, look at the crowds and act, because pity should not remain a feeling but should become action’.

With the passing of time some associations and action groups have been set up in a number of countries working for the good of families through activities which are not only spiritual but also cultural and practical, for example:

– ‘Azione per Famiglie Nuove onlus’ (Action for New Families – AFN) set up in Italy in 1988 with three aims:

– Loreto School: Established in 1982, in Loppiano (near Florence, Italy) the Loretto School provides residential courses on themes relating to all aspects of family light seen in the light of the spirituality of unity. Those taking part in the course reside as complete nuclear families at Loppiano. At the end of their course these families return to their home countries and become a reference point for other families of the movement. So far 1,500 families from the 5 continents have passed through the Loretto School.

One of the important developments of the New Families Movement has been the Familyfests which are large scale international meetings held periodically in Rome to which tens of thousands of families come and share their experiences of the projects they are involved in.

‘Today the family needs a strong injection of love’ Chiara told the 22 thousand present at the first Familyfest held in 1981, and she added: ‘Our Movement wants to revitalise the love which is innate within every family with that love which is a pure gift from God.’

During the Familyfest of 1993, Chiara spoke of the family as the ‘seed of communion for the world of the third millennium’ she hoped that ‘the values that are natural within a family – gratitude, spirit of service, mutual support – could be transferred into the human family’.

Her message to the Familyfest in 2005 to live and give witness to mutual love in the family ‘so that we will grow closer to the time when all will be one’, was given in the square in front of the Italian Parliament and broadcast live to 7 other events as part of the 145 Familyfest events held throughout the world on the same day.

40 years from its foundation, seeing the development and the fruits born from the New Families Movement, Chiara underlined ‘the design on the family as the primary cell in society is real bold and daring, beautiful and demanding’. In fact ‘It is extremely important for building peace in the world.’ (…) ‘You exist to give witness to unity, to lasting love, the Gospel lived. Not only will you live in joy, but you will continue to attract many hearts to love so that the goal of reaching, together with the whole Focolare Movement, universal brotherhood.’ (3rd November 2007)

Globally there are 800,000 people involved in the New Families Movement.

Message from Margaret Karram, President of the Focolare Movement, on the occasion of Christmas 2022

Listening and sharing. “No one alone” is a pathway of accompaniment and testimony that has involved parents with LGBT children in various countries around the world for some time now.