You are in: Home > Wellbeing & Ecology > The story of Estelle in the Ivory Coast 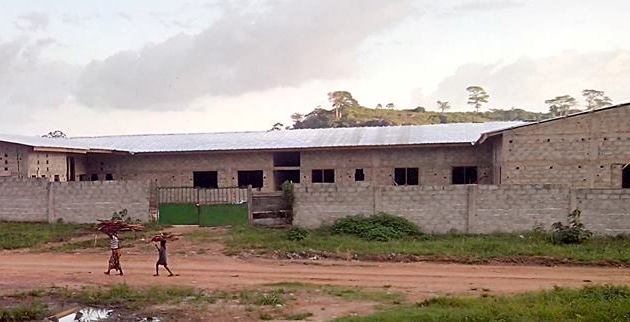 Estelle is the eldest of eight brothers, in a family from Ivory Coast who, after having worked as a secretary at a medical clinic in Abidjan, moved to Man in 2006 where she volunteers especially as a contact person with sponsors of a medical centre run by the Focolare Movement. When the project finished, she decided to expand her administrative skills.
Meanwhile, her father died and she had to provide financial support for the family. She applied for and received a scholarship from Fraternity with Africa. Now, along with working, she is specializing through distance learning courses in administration of NGO organisations and non-profit associations at university in Burkina Faso. After finishing her studies, with the support of a tutor and of AMU, she will travel to Burundi where she will complete one stage in administration and finance at CASOBU, an NGO that promotes human and community development through acitivites and projects based on the values of sharing and sustainable development.
â€œIt was a nice concrete experience for me, because it was the first time I travelled outside Ivory Coast and got to know other cultures and learn much from CASOBU; their approach to microcredit, for example. When I returned to my own country, I decided to propose that same microcredit model, beginning with the people I knew. We’ve already begun two groups that up until now seem to be functioning quite well.
Everything she received, spurred Estelle to become involved in Fraternity with Africa: “When I finished my studies, I thought that since I couldn’t make a financial contribution, I could share my time and talents with the project”. So, on the one hand there was the work in adminstration, running and finances of the medical centre, and on the other hand keep up relationships, taking care of the adminstration and, from within the adminstration, she evaluates scholarship candidates and accompanies the students who receive them. 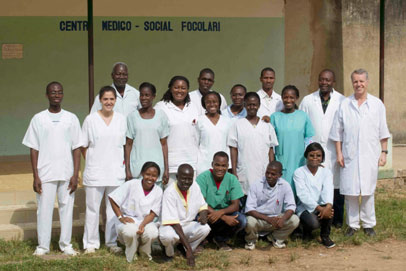 The medical centre in Man began in 2002, during the civil war when the hospital was closed. It was hosted in an apartment with three rooms. Then, in 2008, the current Social Medical Centre was opened with visiting rooms, one-day recovery rooms, pharmacy and laboratory. But now the number of patients has gown so much that a new centre is being constructed where diagnostic facilities will be added, and programmes for the reduction of infant malnutrition in the region of Man. There will also be training programmes for mothers, in the field of nutrition.
The health situation of the people in Man is problematic. Medical bills are paid in advance and without the possiblity of riembursement. Given the poverty of the population, families are generally able to cover the cost of food and school fees. But if illness comes knocking, they only go the doctor when the illness is at its worst, and the patient is dying.
The new medical centre will be able offer medical care to six thousand adult patients and three thousand children.