You are in: Home > People & Places > Glolé: We have a place for you to stay 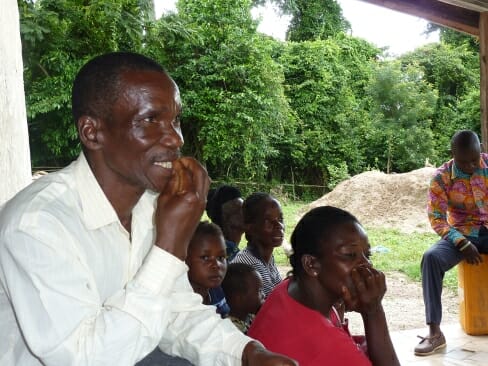 Seven kilometres into the forest, reachable on foot or by baka (van), which is the only thing capable of travelling over the mud and holes during the rainy season, lies the village of Glolé. It is one of eighteen Cantons in the region of Tonkpi, northwest of the Ivory Coast. There is no electricity, and therefore no television, internet or shops. Many of the people in that region have been touched by Chiara Lubich’s ideal of brotherhood. They live it in their daily lives beginning with putting into practice the Word of the Gospel; even the social and political structures have been gradually enriched and illuminated by the experience. Gilbert Gba Zio is a community leader, catechist and head of a family: “One day we asked ourselves what we should do for our little village,” he said during a recent meeting of the Economy of Communion in Nairobi, Kenya. “We saw that living out the Word of the Gospel could provide some guidelines.” Here are some of the concrete results of that decision.

House for the strangers (guests). For Glolé the local saying “Kwayeko,” (We have a place for you to stay), was not merely a saying. “There are many people who walk through our area, they walk many miles and have sleep on the roadside until they reach their destination village. We always give our bed to our guests every time. This is also the Gospel’s way, but we said to ourselves: “Couldn’t we do more? Why don’t we build small houses, so when anybody arrives, we can offer them somewhere to sleep? So we began to make bricks, singing songs of joy. There were some bricklayers in our group and we built twelve small houses with one bedroom and a small living room in each. Now we can say to the strangers who arrive: “We have a house, come and sleep there. There is always some food, too, since we are all farmers. In this way, we took the first steps. 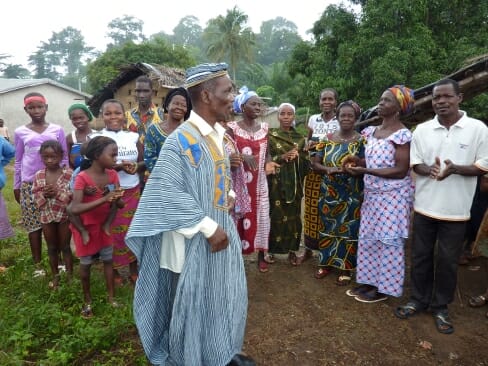 House of Health. During the rainy season it is difficult to reach the paved road and travel the additional 30 km to the city of Man, which is the closest urban centre. This makes it quite difficult in the case of a medical emergency. “One day there was a woman who was giving birth and it was a complicated labour,” Gilbert recounts. “We took her to the asphalt road in a wheelbarrow to get her in a car. Thank God, the woman was saved; but it was tough. Therefore it was necessary to build a house of health and bring some traditional midwives to help women in labour. But where to find the money? We have tenant farming in our region: the proprietor of a piece of land can give it to someone else to cultivate for one season. In the end, the harvest is divided in two equal parts and shared between them. Our community took a coffee plantation: the men pulled the weed out from among the plants, the women harvested the coffee. With the money we could buy the cement and build the House of Health. 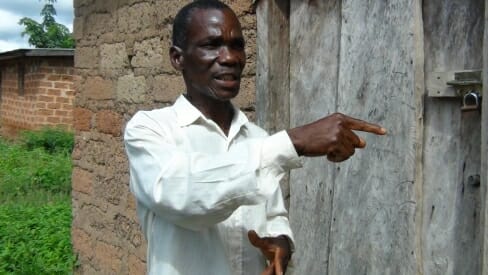 Children suffering from malnutrition. “There were children dying in the village and we did not know that we could actually save them. In the Focolare’s permanent Mariapolis, there is a centre taking care of them. We explained the problem to them and started bringing the children in. We were surprised to see that the children were getting healed in that place without any medications. They taught us how to feed them. One day, the head of the centre told us: ‘If you want, we can go to your place.’ In our culture a child belongs to the whole village! They explained to us how to prevent and how to cure this illness. We started to change our food related habits, and we learned that it is necessary to eat beans, peanuts, mushrooms . . . and we learned how to conserve food so we could give our children to eat even in times of famine.”

Rice Bank. “We store the rice in smaller granaries, but they are frequently ‘visited’ by thieves and mice. So, we built a rammed earth house where everyone sent what they had. In the beginning, we were only 30 people. Nowadays, some farmers who are not members of our group have joined us, too, and 110 people are bringing their sacks of rice keep in our bank. In the months of March and April, during the sowing season, they take what they need for sowing and set aside what they need for feeding their children. At the right time, when the prices are good, they take away their rice and sell it. Everyone donates a part of their harvest according to their conscience and deposits it in the bank as a contribution to compensate for the needs of the community and for those who guard the rice bank.”

One village is not enough. “‘Couldn’t you come to us with your business?’ the people of the neighbouring villages said to us. Today there are 13 villages that live like us in Glolé. Unity is our wealth. One day, there came an outside who wanted to help us make a well for the village. But we could not agree about the location of it. Had we insisted on having a well, it would have brought division to the village. So we preferred not to accept this gift in order to keep the unity amongst us.