You are in: Home > History of the Focolare > The Focolare in Great Britain

The Focolare in Great Britain

A brief history of the Focolare Movement in Great Britain 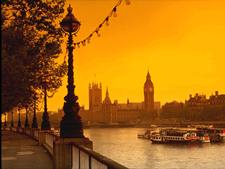 The first Focolare was opened in Liverpool in 1963. The Movement developed steadily, and by the late 70s there were Focolare houses in London, Liverpool, Leeds and Glasgow. As well as local meetings and activities, the annual Mariapolis gatherings helped people of all ages and backgrounds to keep in contact.

A magazine and publishing house, New City, was also established.

The ecumenism of the Focolare Movement was fostered by regular journeys to Rome, and to Loppiano, the Focolare’s ‘little town’ near Florence. It has been described as an ‘ecumenism of life’ complemented by the study of joint statements (like those of ARCIC) agreed by theologians of the different churches. The Movement works for the various Ecumenical initiatives of the Churches, and bodies like CTS in England, CYTUN in Wales, and ACTS in Scotland.

A remarkable year for the movement was 1977, when Chiara Lubich came to London to receive the Templeton Prize for Progress in Religion. There were 700 people in the Guildhall, and the vision of so many people united in some way through a common Father inspired Chiara to say of London,”They say that this is the most cynical city in the world, yet it could become its most spiritual.”

In 1986 many Christian leaders, leaders of other faith communities, and civic dignitaries were present at the opening of the Centre for Unity at Welwyn Garden City. The Centre became a focus for the movement’s activities in Britain. Just like the ‘little towns’ in Loppiano, Switzerland, and Rome, the embryonic permanent Mariapolis of which the Centre is a part, is integrated within the local community. It runs schools of formation and has a particular vocation to foster ecumenical and interfaith dialogue. It is named after Canon Bernard Pawley, a key figure in the Focolare’s work for unity.

In 2004, Chiara brought a positive message to a 2,000 strong gathering in London on the theme of a multi-ethnic, multi-faith society enriched by diversity.

The Focolare has now spread across the UK and includes people of various Christian denominations, different faiths and people with no religious affiliation.

Local Focolare groups meet regularly in different parts of Britain.  People also stay in touch through the monthly New City magazine and the Word of Life either as a leaflet or downloaded as an audio file from the website.